Why you should strictly avoid drinking water from plastic bottles

"Disposed off plastic bottles stay in the environment for thousands of years," according to Dr Vaishali Shukla 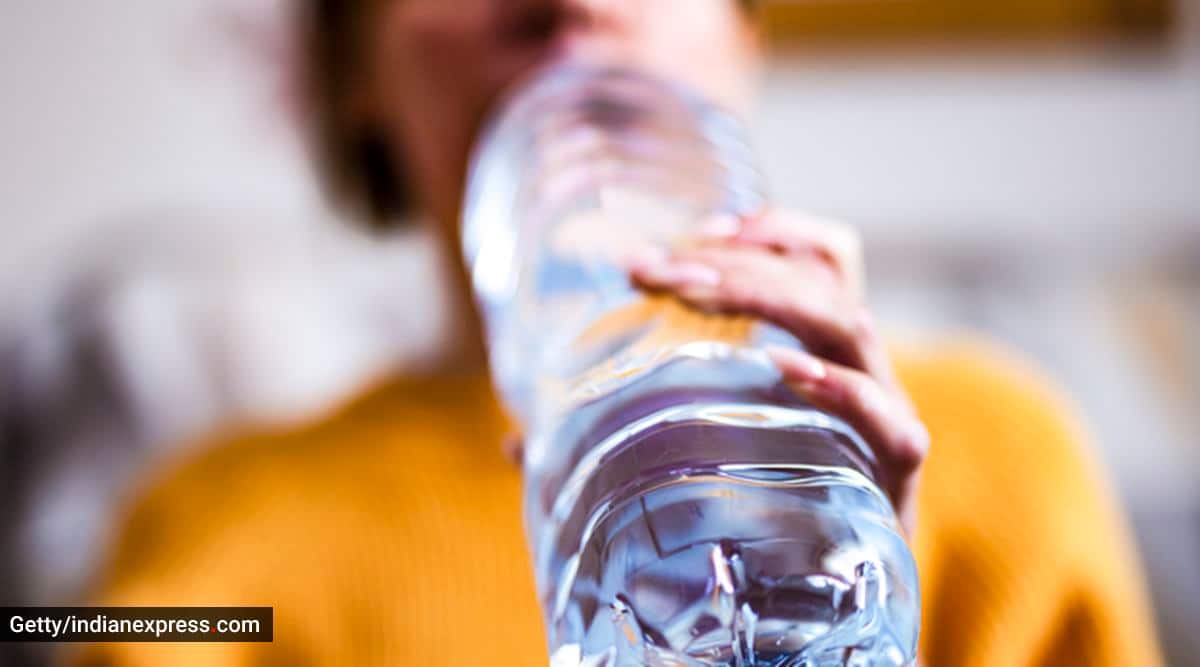 Drinking from a plastic bottle can have many detrimental impacts on your health and the surroundings. (Photo: Getty/Thinkstock)

Many of us buy packaged drinking water without ever giving it a second thought. But it may not be the wisest choice, not only for your health but also the environment and wildlife as many plastic bottles land up at beaches, and even choke wastewater drainage systems. According to Union Environment Minister Bhupender Yadav, “India is generating 3.5 million tonnes of plastic waste annually and the per capita plastic waste generation has almost doubled over the last five years,” reported PTI.

Speaking at an event earlier this year, he added that “Plastic has become one of the most pressing environmental issues that we are facing today. Plastic pollution adversely affects our ecosystems and is also linked to air pollution.”

Additionally, according to a study by Harvard School of Public Health, it was noticed that in participants who consumed water from polycarbonate bottles, the urinary concentrations of the chemical bisphenol A (BPA) — used to produce polycarbonate plastics — were significantly higher. The study further noted that hot liquids would cause this effect to be even bigger.

“Exposure to BPA before birth is linked to behavioural and emotional difficulties in young girls. People with high urine levels of BPA are also more likely to have heart disease or diabetes,” Harvard School of Public Health said.

Agreed Dr Vaishali Shukla, Founder of Vedamrit, “When a plastic water bottle comes in contact with heat, it releases micro plastics in the water, which further make their way into your body once you drink that water. These micro plastics cause various problems for the human body, including hormone imbalance, infertility and even hamper liver health.”

In an Instagram post, she further said that the disposed off plastic bottles “stay in the environment for thousands of years,” urging people to opt for bottles made from healthier alternatives.

Elucidating, Dr Vimal Someshwar, HOD Radiology and Interventional Radiologist at Kokilaben Dhirubhai Ambani Hospital said that “plastic is a polymer made from carbon, hydrogen, oxygen and chloride. Among these, BPA is one of the most harmful chemicals used to make plastic water bottles, and the levels of it increase when the water is stored for a long period of time or at a higher temperature.”

Hence, prolonged consumption of water stored in plastic bottles can “cause severe health problems such as hormonal disturbances — in males, it can lead to low sperm count, and early puberty in girls. Even the probability of having liver and breast cancer is higher for people consuming bottled water. It is high time we make our community aware about the harmful effects of consuming liquids which are stored in plastic bottles. We should go back to our good old times of storing liquids, especially water, in copper containers and glass bottles.”

Advertisement
Also read |‘Why do people consume so much plastic’: Shenaz Treasury calls out tourists for littering

In terms of sustainability, the study stated that the “entire life cycle of bottled water uses fossil fuels which contributes to global warming and causes pollution.” According to Reuters, around the world, one million plastic bottles are purchased every minute. “The plastic bottles sold worldwide since 2009 would tower above New York’s Manhattan Island. Data from Euromonitor International shows that more than 480 billion of these bottles were sold last year alone,” Reuters reported.

So when are you making this healthy switch?