Can smartphone usage by parents hinder child’s development? Here’s what a study says

As per the study, the interaction between mothers and their toddlers is reduced by factor of four when they use their smartphones extensively, negatively impacting their growth 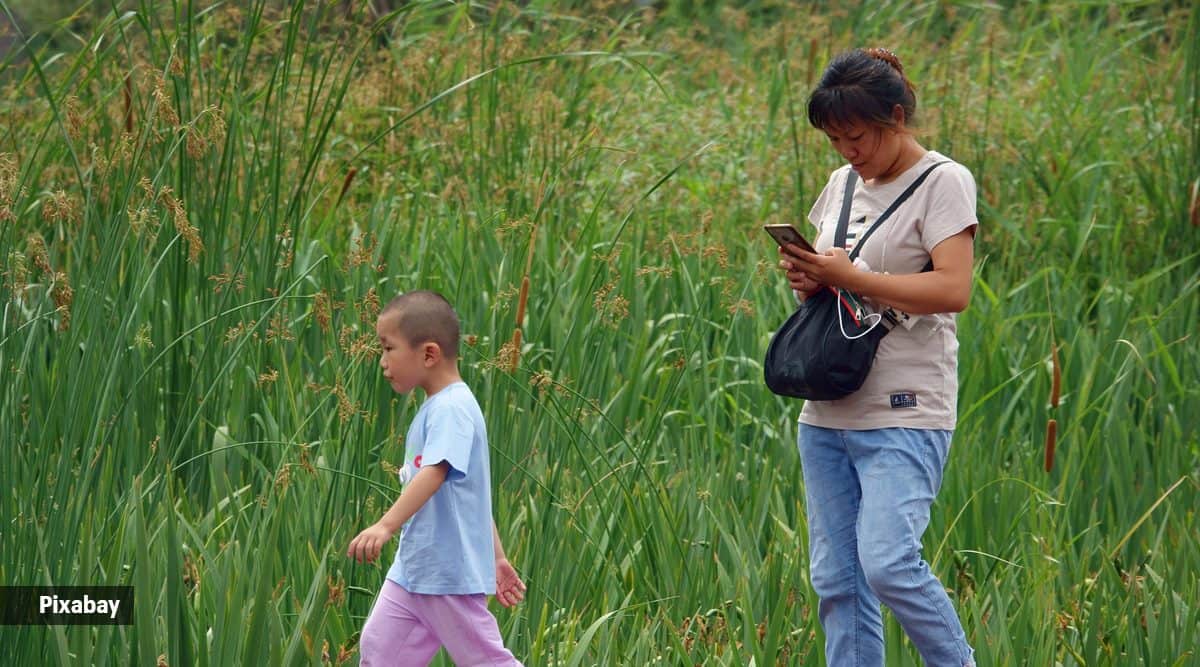 The research examined the interaction between the mother and the child. (Source: Pixabay)

Are you addicted to your smartphone and use it extensively? If yes, then you need to step back, as a new study claims parents’ use of smartphones has the potential to disrupt their children’s development. As per the study, the interaction between mothers and their toddlers is reduced by a factor of four when they use their smartphones extensively, negatively impacting their growth.

Published in the Child Development Journal and led by Dr Katy Borodkin of the Department of Communication Disorders at the Stanley Steyer School of Health Professions, Sackler Faculty of Medicine of Tel Aviv University, the research examined 33 Israeli mothers and their 16 toddlers, all boys aged between 24-36 months.

For the study, the mothers were asked to browse a specific Facebook page and ‘like’ content that interests them, read printed magazines and mark interesting articles. Further, they were asked to play with their child while the phone and magazine were in another room.

The participants were told that they were being observed to examine the common interests between mothers and children.

“Our goal was to simulate situations in real life where the mother has to take care of her child, while at the same time devoting some of her attention to her smartphone,” she explained.

The research team defined three aspects of the interaction between a mother and her child: maternal linguistic input- the linguistic content that the mother conveys to the child, conversational turns- the level of interactivity of a mother-child verbal exchange, and maternal responsiveness- the timeliness and specificity of a mother’s response to a particular bid from her child.

It was found that all these three components of mother-child interaction were two to four times lower when the mother was using her smartphone or reading a magazine. “Moreover, they exchanged fewer conversational turns with the toddler, provided less immediate and content-tailored responses, and more often ignored explicit child bids,” the study stated.

Additionally, the result stated using a smartphone and reading are equally distracting. However, it also said that there is currently no evidence to support the claim that smartphone use can actually impact a child’s development since they are a relatively new phenomenon.

It’s not just the mother’s smartphone usage that can impact the child. Per Borodkin, the research may also be relevant to father-child interaction.

“In our current research we focused on the mothers, but we believe that our findings characterise communication interferences between fathers and their toddlers as well, since the smartphone usage patterns are similar between men and women, thus allowing us to estimate with high probability that the research findings are applicable to fathers and to mothers,” she said.