According to researchers from University of Edinburgh in the UK, three times as many dogs could be vaccinated each day when the new process is combined with existing injectable techniques. 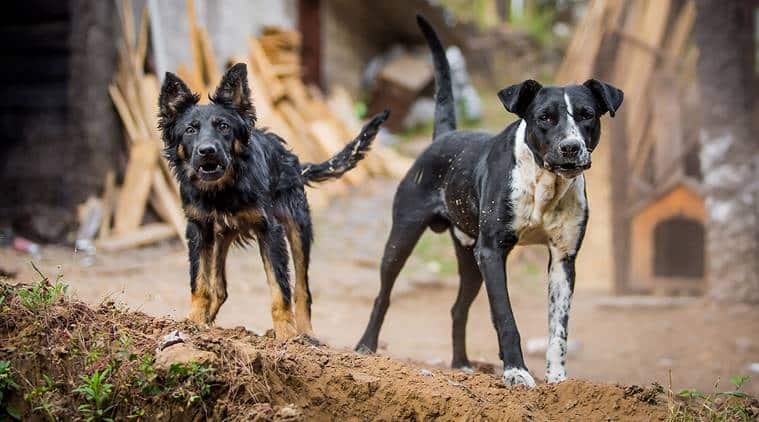 There are an estimated 100 million stray dogs in India. (Photo by iStock/Getty Images)

Vaccines hidden in dog food could help curb the spread of rabies more effectively than injections, say UK scientists who conducted a study on street dogs in India.

There are an estimated 100 million stray dogs in India. Experts say that the combination of an injectable and oral vaccination approach could help them reach the minimum 70 per cent vaccine threshold needed to minimise the risk of rabies being passed to people.

According to researchers from University of Edinburgh in the UK, three times as many dogs could be vaccinated each day when the new process is combined with existing injectable techniques.

The team worked with experts from Mission Rabies, and the Worldwide Veterinary Service to assess the feasibility of the approach in Goa.

The oral rabies vaccine is not yet licensed for use in India so the team embedded empty capsules in dog food to test the concept.

Working with the Government of Goa Animal Husbandry Department, teams on mopeds searched for free-roaming dogs, delivering capsules in an attractive bait.

They accessed 80 per cent of the dogs they spotted, compared with 63 per cent when only using the catch-vaccinate-release method.

The study, published in Vaccine X, shows that combined vaccination approach could be cheaper, helping to further maximise limited resources.

“Rabies has a massive impact on societies, not only from the disease, but also from the fear that results,” said Luke Gamble, a Founder of Mission Rabies.

“In many parts of the world, reaction to rabies cases fuels inhumane mass culls of dogs, which does nothing to combat the virus. We are showing that there is another way that benefits dogs, people and nations,” Gamble said.

Rabies is a serious brain infection that is usually caught from the bite or scratch of an infected animal, often a dog. The disease has been eliminated from many countries but remains challenging in countries where dogs are allowed to roam freely.

Around 59,000 people die each year from the infection with a further 29 million people needing costly treatments after being bitten by dogs in areas where the disease is rife.

Researchers hope the study will provide evidence to support the introduction of the oral rabies vaccine in India as an extra tool in efforts to eradicate the disease.

“This kind of operational research is crucial in pushing the boundaries and finding a solution to the age-old problem of rabies. Dog populations vary, so it is essential that methods are evaluated methodically,” said Mark Bronsvoort, of the University of Edinburgh.