Matters of the mind: The Made in India attitude

It is our internalised self-doubt, collective lack of national esteem, lack of faith in our own abilities and severe indiscipline that allows this force that is India, to be undermined 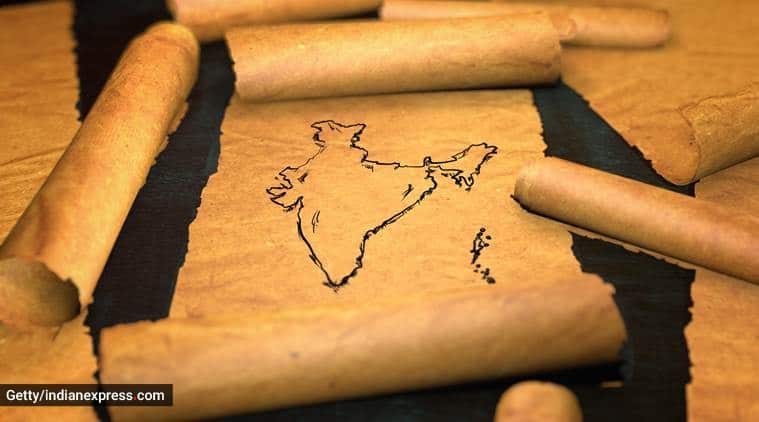 What is your idea of India? (Source: Thinkstock Images)

I remember, as a child in my little hometown, my father would return from his travels abroad with suitcases that seemed like treasure chests, revealing glistening red coke cans, bright boxes of melt-in-your-mouth chocolates, soft toys that we could sink our faces into and the prettiest dresses. I could only imagine those heavenly stores from where such magnificence descended.

Years later, an imported goods shop opened up in my city, becoming the most preferred destination for weekend family visits, making Sunday picnics in the local garden outdated. The shop was truly magical. We Indians have very fine taste and very large pockets for imported goods. Watch us bargain with local dyers, embroiderers and fruit-sellers, where we can pull off unthinkable bargains. But we have serious respect for goods, games and gorgeousness that are foreign.

I appreciate imported stuff, too! For years my reasons have been better quality control, durability, design, more fashionable and practicality. Can we deny that, not really! Despite being the largest country with the youngest manpower, advantages of being multilingual, entrepreneurial and a passionate vindication to overcome countless decades of foreign rule, deprivation and disrespect, we have not caught up. We have all the necessary ingredients, drive, energy and purpose, but we can’t achieve the potency. What are we missing here?

ALSO READ | Matters of the mind: Swinging from one crisis to the next, there may be chance for a revolution

Soon from soaps, perfumes and chocolates, we moved over to outsourced services. India has been known as the mother of so many inventions like algebra, the number zero, chess and the value of pi. India was the seat of the World’s first university in Takshila in 700BC, birthplace of the number system and Sanskrit, which is known to be the root of several European languages. Yet from education to electronics, grocery to medical supplies we prefer imports. Even Thai massages are preferred to our healing Ayurvedic treatments.

Definitively we continue to make way for international art, literature and entertainment into our homes and hearts. I have no trouble with this and am an indulgent consumer of the above. My children have more imported toys than made in India toys, not accounting for Indian kidney beans and chickpeas as their treasured possessions. It is not that we do not have the intellect, nor do we lack the ambition (ask Silicon Valley), it is not that we lack great poets or scientists, sports or movies. Then what makes us fall behind?

ALSO READ | Matters of the mind: Swinging from one crisis to the next, there may be chance for a revolution

Today, in the times of Covid-19, world literature and scholars are talking about meditation, yoga and spirituality to see ourselves through the biggest crisis in the last century! We have given humanity some significant values for health and happiness, yet in our day to day encounters, work ethics and child rearing practices, we find ourselves in a confused place, often judging our own belief systems or wondering what our culture, traditions and ideologies were to begin with. While many may be worth a debate, they are ours to own, criticise and repair.

Our preferences and attraction with all things international has to do with the way we see ourselves and what we believe we deserve.

We have bartered poorly. While we revere the foreign winds, on the other hand, instead of the gleaming Golden Temple, the Taj Mahal, the Red Fort and its 30 odd other UNESCO world heritage sites, our forests with countless unique species, our capacity to feed the world as a leading agricultural country, the multitude of sub cultures and languages (seen Indian kids on SpellBee, anyone?), India has become a symbol of chaotic traffic, over populated, under planned and flooded dwellings. What do you think of India’s growth? (Source: Getty Images/Thinkstock)

We can externalise and blame economic conditions, population, illiteracy and corruption, but are we not a part of this whole? One cobweb at a time, large issues can be resolved, beginning within ourselves. Offence comes from self respect and pride. We do not take pride in ourselves and do not want to change, repair or reform for better. We want to blame, hate and criticise, sitting in the comfort of our homes with newspapers and tea in our hands.

It is our internalised self-doubt, collective lack of national esteem, lack of faith in our own abilities and severe indiscipline that allows this force that is India, to be undermined.

As a psychologist, I can hope for us to start with an intrinsic force that we know as attitude. Our Made in India attitude needs restructuring and reconstruction. Each one led by respecting and believing that they deserve better.

(The author is a Mumbai-based psychologist and psychotherapist)