The ICDS provides food, pre-school education, and primary healthcare to children under six and pregnant and lactating women. ICDS continues to be India's flagship program to tackle undernutrition, and key actions under India's new nutrition mission, the POSHAN Abhiyaan, are anchored in the programme. 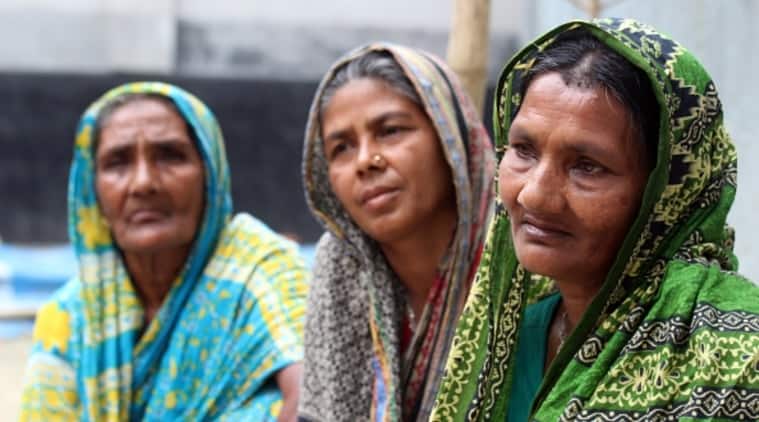 India’s flagship programme to tackle undernutrition-Integrated Child Development Services (ICDS) – may have been inadvertently excluding women with low education and the poorest households from accessing its benefits, according to a study published. Expansion and utilisation of one of India’s largest government-run community-based nutrition programmes increased significantly between 2006 and 2016, especially among historically disadvantaged castes and tribes.

However, according to researchers from the International Food Policy Research Institute (IFPRI), women with low education and the poorest households are relatively more excluded from accessing program benefits. Among states too, while overall utilisation has improved, high malnutrition states are relatively lagging. The study found both historically disadvantaged castes and pregnant women with low education levels were less likely to receive ICDS services than other groups.

The ICDS provides food, pre-school education, and primary healthcare to children under six and pregnant and lactating women. ICDS continues to be India’s flagship program to tackle undernutrition, and key actions under India’s new nutrition mission, the POSHAN Abhiyaan, are anchored in the programme. The expanded participation between 2006 and 2016 demonstrates progress, but the researchers cautioned not all groups have benefited equally.

“Even though overall utilisation has improved and reached many marginalized groups such as historically disadvantaged castes and tribes, the poor are still left behind, with lower utilisation and lower expansion throughout the continuum of care,” said Kalyani Raghunathan, IFPRI Research Fellow.

“These gaps are especially pronounced in the largest states of Uttar Pradesh and Bihar, which also carry the highest burden of undernutrition,” said Raghunathan. “While both states have shown improvements in 2016, they still fall behind national averages, suggesting that overall poor performance in high poverty states could lead to major exclusions,” he said.

“Even in better performing states exclusion of poor could be due to challenges of reaching remote areas, despite attempts to close district-wise equity gaps or local challenges of exclusion within villages due to caste- or location-based exclusion,” said Raghunathan.

Using data from two rounds of the National Family Health Survey conducted in 2005-06 and in 2015-16, the researchers examine equity in program expansion and factors that determine utilisation. The study found a dramatic increase in utilization of ICDS services from 2006 to 2016 in four key areas: supplementary food (9.6 to 37.9 per cent); health and nutrition education (3.2 to 21 per cent); health check-up (4.5 to 28 per cent); and child-specific services (10.4 to 22 per cent).

The frequency of monthly supplementary food for children also increased during this period by eight percentage points. At the state level, the study highlights an increase in utilisation of ICDS services between the two survey rounds. With the exception of Tamil Nadu, Chhattisgarh and Jharkhand, the coverage of food supplementation during pregnancy and lactation was less than 25 per cent in most states in 2006 but increased in almost all states by 2016. The greatest expansion in ICDS services was seen in food supplementation during childhood, which reached more than 50 per cent coverage in the central and southern states of Jharkhand, Madhya Pradesh, Uttaranchal, Tamil Nadu and Andhra Pradesh.

“Despite the positive findings of our analysis on coverage and on the closing of some equity gaps, a lot more insight is needed to further strengthen program quality,” said study co-author Purnima Menon. “Our other studies on ICDS emphasise that key program elements like the food supplements, convergence and behaviour change will need much attention to ensure that women and children across India get high quality program services,” Menon said, adding that special emphasis must be given to equity and program quality. “Examining the reasons for variability in program use by program clients both across and within states must underpin policy efforts to strengthen coverage, equity and quality,” Menon added.