Diet diary: ‘Lovegrass’, a superfood that may soon be on our dinner tables In search of alternative grains, especially gluten-free ones, Teff has travelled from Ethiopia, Eritrea to different parts of the world and has also taken root in India. Recently, the Central Food Technology & Research Institute (CFTRI), Mysore, has launched an indigenously developed Teff. Teff is also native to parts of Arabia. Teff, or ‘lovegrass’, is the smallest grain in the world. Referred to as a miracle superfood, it is used to make Injera (Ethiopian flat bread) for years. Known to be a staple grass since 4000-1000 BC, it is one of the oldest domesticated grains of the world. Teff sales have risen in the last few years in the US.

Interest in Teff has increased due to its impressive nutritional profile and gluten-free status. It is also among grains such as millets, quinoa, amaranth, which have not been genetically modified. With the exponential growth in the number of people giving up gluten for health concerns and celiac disease, this tiny whole grain offers a high fibre, iron, calcium and high protein alternative.

Teff is used to improve haemoglobin levels and prevent anaemia in traditional Ethiopian community. A study led by scientists at the Manchester Metropolitan University in England found that female runners with low iron levels, who were given Teff bread for six weeks, showed improvement in their iron levels.

It has eight essential amino acids and high levels of essential amino acids like lysine and methionine, which are missing in other cereals. Teff offers an excellent high nutrient alternative to wheat. Another advantage is its slow release of energy, thereby increasing its satiety value and helps in managing blood sugar levels.

It’s not surprising that Teff has long been a dietary staple for Ethiopian long-distance runners including elite athletes and Olympians. Some also call it the secret of success of Ethiopian runners . Teff blends well with various foods like rotis, dosas, porridge and gluten-free breads. It is similar to millet and it looks like poppy seeds, but cooks much faster.

It can vary in colour, from white to dark brown, depending on the variety. Red and darker varieties are higher in iron and calcium.White is higher in copper content .Zinc content is also higher than wheat. In general, the mineral content, especially iron, calcium, magnesium phosphorus, manganese, zinc and copper are higher than wheat and jowar.

In fact, it also contains some amounts of Vitamin C, which is not found in other grains. Owing to its properties and nutritional benefits, Teff has found a place in tackling obesity, diabetes ,digestive diseases, heart disease and immune system disorders.

Teff can be grown in both seasons of Kharif (June-July) and Rabi (Oct-Nov), and even in harsh environmental conditions. The nutrition composition of Teff, along with its favourable metabolic effects, low glycemic index indicates a huge potential to be used in foods and beverage world. No wonder it is assuming the status of a super food and it is likely to appear on our dinner tables too. 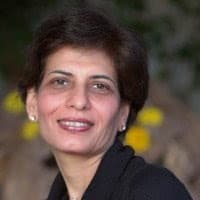