Nutritionist shares three reasons why carbs are ‘so addictive’

"The key is to choosing the right type of carb and timing it properly", nutritionist Rashi Chowdhary said on Instagram 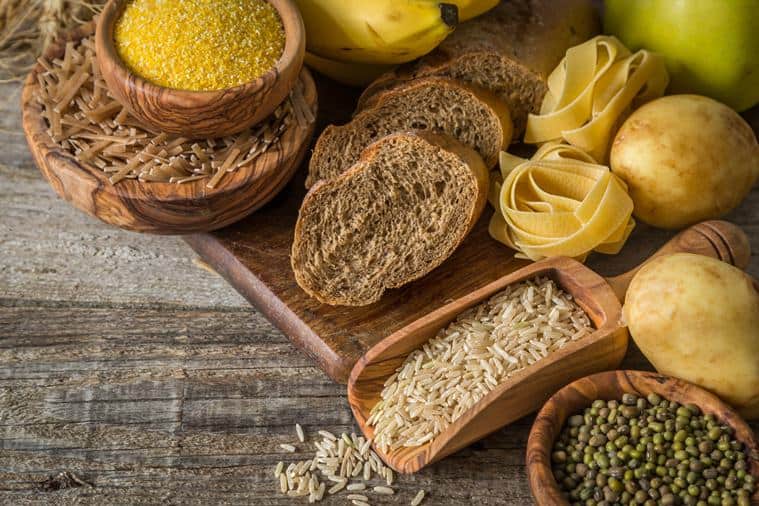 Sixty to sixty-five per cent of daily calorie intake should be derived from complex carbs. (Photo: Getty Images/Thinkstock)

Carbohydrates have long been demonised by weight watchers and fitness enthusiasts as something that will only aid weight gain, make one feel bloated, and also slow down the body’s metabolic rate. They have been and remain to be the most contentious aspect when it comes to one’s diet.

ALSO READ |Low carb diet for weight loss, diabetes: Know all about it

However, nutritionists have drawn the line of difference between good carbs and bad carbs. Complex or good carbs help you stay full for longer, make you feel energised, and even aid in your weight loss journey. Bad or simple carbs, however, are not only often empty of nutrients but also addictive.

Rashi Chowdhary, a nutritionist who specialises in weight loss, gut health, endometriosis, PCOS, and diabetes, recently shared an Instagram post elaborating on why carbs are so addictive. She alluded carbs as something that “turns on our reward circuit,” and said: “Whenever we eat carbs, dopamine is released from our brain into our bodies which is part of the ‘reward circuit’ in the brain that’s associated with addictive behaviors. The ‘high’ one feels from eating sugar (and the extra release of dopamine) makes one addicted to eating sugar, creating a vicious cycle.”

She further listed that carbs “makes us happy”, meaning, “Whenever we eat carbs, it secretes insulin and triggers the ‘plasma tryptophan ratio’ which increases serotonin release. But the serotonin release lowers after some time which is why you’ll have to eat more carbs to get the same ‘high’. The interesting thing is that eating protein lacks this effect.”

ALSO READ |Are your meals well-balanced? Here’s what you need to know

The expert also said that carbs affect our mood, explaining why it is easy for many to over eat carbs.

“Serotonin release is also involved in important bodily functions as sleep onset, pain sensitivity, blood pressure regulation, and balancing the mood. That’s exactly why it’s so easy to go overboard with carbs. Having too many carbs at every meal causes your body’s insulin to work overtime to store these sugars which leads to insulin resistance. Insulin resistance is when glucose is not able to enter your cells and stays in your bloodstream eventually causing your cells to become starved for fuel,” she shared.

She said this is what happens when we opt for “a ‘healthy’ bowl of granola for breakfast, a wrap for lunch and pasta for dinner. Even though you’re eating enough, your cells can’t access the fuel. Which is why you experience this huge slump after having them.”

According to Chowdhary, the key lies in “choosing the right type of carb and timing it properly.”