As men and women trapped in the pursuit of socially-approved beauty standards, this obsession with how one looks is something that most of us have experienced at some point in our lives 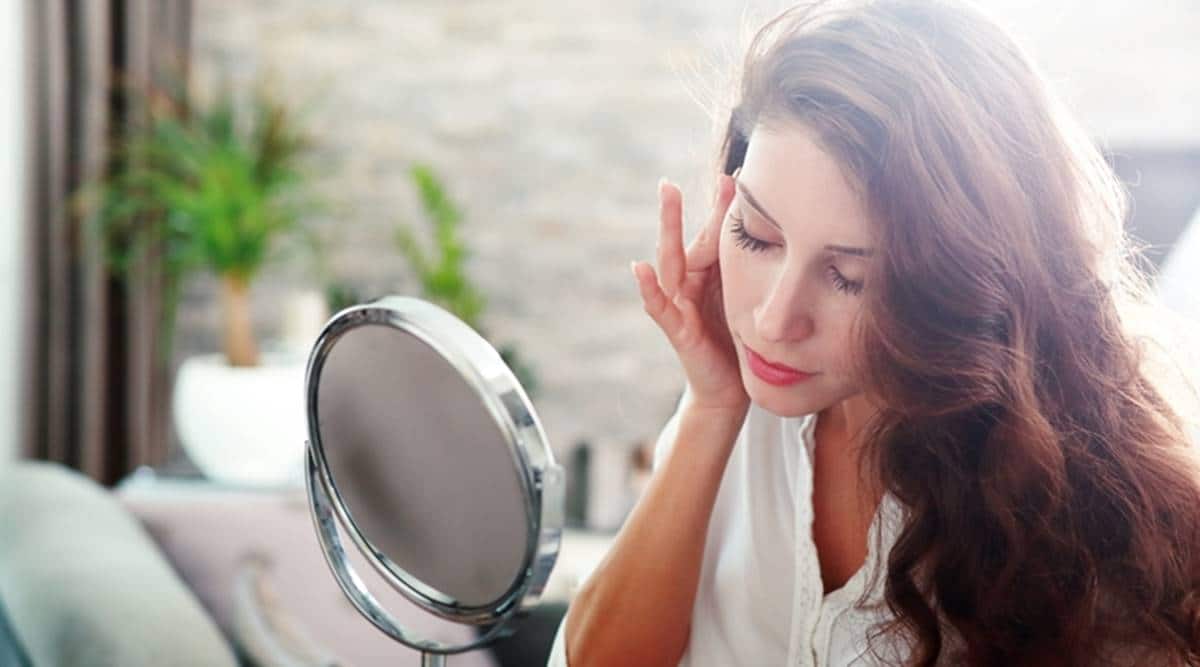 Body dysmorphia, though less talked about, is not really an uncommon mental disorder. “In India, there are about one million cases per year,” Dr Mayurnath Reddy, consultant psychiatrist, Yashoda Hospitals Hyderabad, tells indianexpress.com. He adds that it is something that can impact a person’s day-to-day life — from their social behaviour to productivity — and their overall well-being, which makes it crucial to address the issue.

Experts say that the occurrence of this disorder has increased manifold in recent years. “A person who has body dysmorphic disorder (BDD) perceives defect in their body which otherwise is not there. You may think that your eyes or nose may have something really wrong about them, but if you would have asked someone else then they  would have not been agreed,” says Dr Samir Parikh, director, Mental Health and Behavioural Sciences, Fortis Healthcare.

People with body dysmorphia are prone to repetitive behaviours. Apart from obsessing for hours over how they look, they also tend to touch, rub or pick at the perceived flaw or even compare themselves with others, needing constant motivation and reassurances. This preoccupation is what gives them anxiety, distress, sleep problems and may also drastically impact social life, Dr Parikh states.

Recently, actor Ileana D’Cruz talked about suffering from body dysmorphia. “No matter what size you are, no matter what number you are on the scale, you will always find fault with yourself. And the problem is you end up asking people to validate your fears,” she said in an interview.

As men and women trapped in the pursuit of socially approved beauty standards, this obsession with how one looks is something that most of us have experienced at some point in our lives. Not to mention the unwarranted scrutiny and bullying one is subjected to on social media. This clouds self-judgement, often leading to low self-esteem and body image issues, which are also symptoms of BDD.

According to Dr Reddy, while social media does not directly cause BDD, it can act as a “trigger in those already genetically predisposed to the disorder”. It can also worsen existing symptoms. Dr Nilesh Satbhai, senior consultant, Plastic, Hand and Reconstructive Surgery at Global Hospitals, Mumbai, says, “People’s happiness and satisfaction has been hugely dependent on the ‘likes’, ‘comments’ and ‘views’ of others. Everybody is trying to follow the recent trends and make himself /herself better. This virtual world is naturally going to have a social and psychological impact on the individual. How you accept and deal with it ultimately determines the price you are paying for being ‘social’.”

While the desire to look “good” is natural, the problem arises when one begins to evaluate self-worth through physical appearance. “When certain benefits, incentives, and decisions are skewed based on external appearances, they will surely disturb the social order. The obsession for better physical appearance is surely impacting the mental milieu of today’s generation,” Dr Satbhai expresses.

According to Dr Parikh, around 0.7-2.4 per cent of the general population have body dysmorphia. While people of any age can have BDD, it is commonly seen in the younger generation. It can also impact school children. “BDD can significantly affect academic performance. Time-consuming thoughts about appearance make it difficult to focus on schoolwork, and it can lead to students failing tests and having trouble concentrating. It may even prevent students from attending school, additionally, transitions like those from middle school to high school, can be particularly nerve-wracking for those with BDD,” says Dr Reddy.

Similarly, in adults, it can impact social interactions. “Most patients also have impaired academic, occupational, or role functioning. BDD obsessions, behaviours, or self-consciousness about being seen often diminish concentration and productivity. Patients not uncommonly drop out of school or stop working,” Dr Reddy adds.

While the treatment is limited, patients usually undergo serotonin reuptake inhibitors (SRIs) and cognitive-behavioral therapy (CBT). Many are also prone to visiting several doctors, especially for cosmetic surgeries, Dr Parikh mentions. In some cases, it helps the individual feel more confident and happy. Dr Satbhai says, “It can improve academic and work performance. It can help in strengthening his/her personal and physical relationships.”

However, one should opt for it only after proper research and guidance. The doctor says, “It is extremely important that these patients choose and consult a board-certified and qualified plastic surgeon for appropriate advice. Cosmetic surgery, when performed after proper assessment and planning, is extremely safe and gratifying. Checking the credentials of your cosmetic surgeon is the most basic thing to do, before you opt to get treated.” Dr Parikh further recommends having psychological support because that “will help them in recovery wherever it has been indicated”.

At the same time, it is important to promote body positivity, as is being done by many influencers today. Media literacy and encouraging people to express their true themselves are some of the ways to boost a positive body image, Dr Parikh adds.