Hyderabad-based neurologist Dr Sudhir Kumar told indianexpress.com that in 10-20 per cent people, one side of the artery may be thin which can lead to stroke when the other (thick-side's artery) is kinked or gets compressed with any kind of hyperextension of the neck 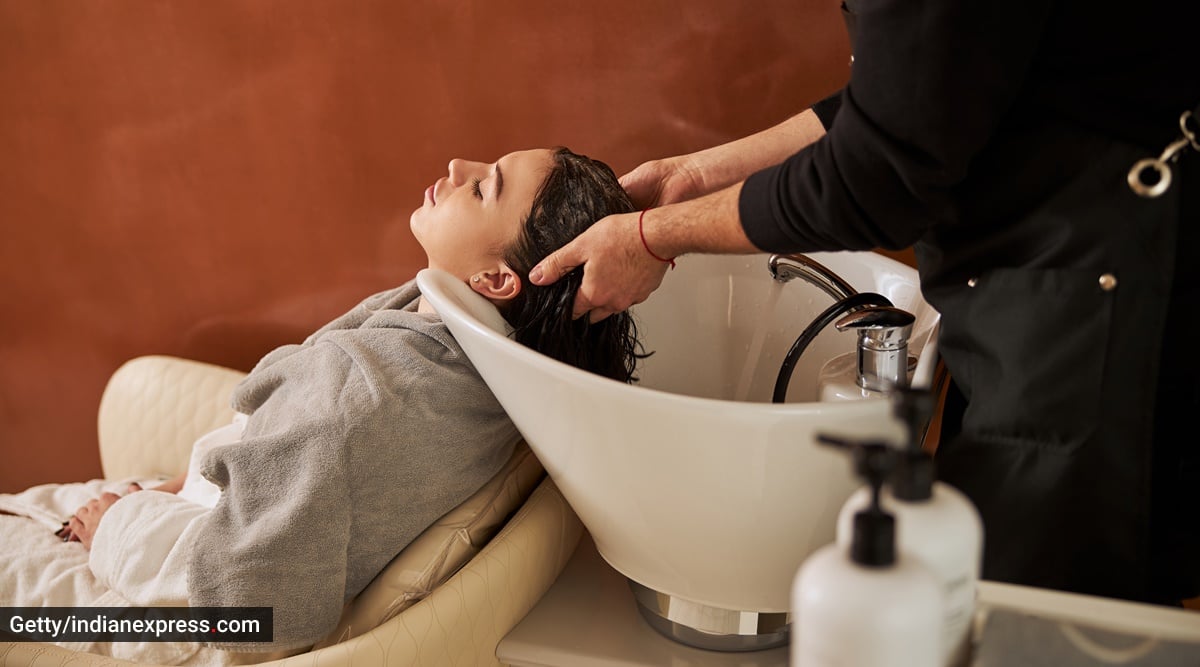 Pay attention to how you are extending your neck during hair wash to prevent stroke risk (Source: Getty Images/Thinkstock)

Recently, a neurologist from Hyderabad treated a 50-year-old woman showing symptoms of ‘Beauty Parlour Stroke Syndrome’. According to Dr Sudhir Kumar, the woman presented with symptoms of dizziness, nausea, and vomiting, which started while she was getting her “hair washed with shampoo in a beauty parlour“. The woman was “initially taken to a gastroenterologist, who treated her symptomatically”. Sharing his case on Twitter, the expert elaborated that as the symptoms did not improve, “the next day she developed mild imbalance while walking“.

“She was then referred for my opinion. She had mild right cerebellar signs. MRI brain revealed an infarct in the right posterior inferior cerebellar territory, MR angiogram showed left vertebral hypoplasia. A diagnosis of beauty parlour stroke syndrome involving right PICA (Posterior inferior cerebellar artery) infarct territory was made. A possible mechanism is kinking of the vertebral artery during hyperextension and turning of the neck towards wash basin while washing hair with shampoo. She had well-controlled hypertension too,” the doctor added.

1. I recently saw a 50-year old woman with symptoms of dizziness, nausea & vomiting, which started during her hair wash with shampoo in a beauty parlor. Initially, she was taken to a gastroenterologist, who treated her symptomatically.#Medtwitter — Dr Sudhir Kumar MD DM🇮🇳 (@hyderabaddoctor) October 30, 2022

According to Dr Kumar’s observation, the take-home message is that stroke affecting vertebrobasilar artery territory can occur during “shampoo hair-wash in a beauty parlour, especially in women with other atherosclerotic risk factors and undetected vertebral hypoplasia. Prompt recognition and treatment can prevent disability”.

In simple words, a woman with vertebral hypoplasia (an abnormality in the vertebral arteries) got a stroke in the PICA area, which is the artery that supplies blood to the cerebellum and the brainstem. In an exclusive interaction, Dr Kumar told indianexpress.com that in 10-20 per cent people, one side of the artery may be thin which can lead to stroke when the other thick side’s artery is kinked or gets compressed with any kind of hyperextension of the neck. “In this particular case, the woman’s left side artery was thin. So, when her neck was tilted slightly to the right, it got kinked or compressed with the hyperextension which led to a stroke,” said Dr Kumar, “who has seen two more severe cases and has seen more than 12 cases with milder symptoms”.

The woman, in this case, took 2-3 weeks to recover from the stroke with the help of blood thinners which Dr Kumar said she would have to continue “for the rest of her life” as she already has hypertension. The neurologist further mentioned that “similar cases have earlier been reported since 1993”. “We need to raise awareness among general public through media, including social media,” he said in a response to a user.

The thread, with more than 1,500 likes, drew concerned reactions from Twitter followers. “This a really an opener for any common person,” wrote one user, while another added, “Thanks for sharing, came across for the first time.” 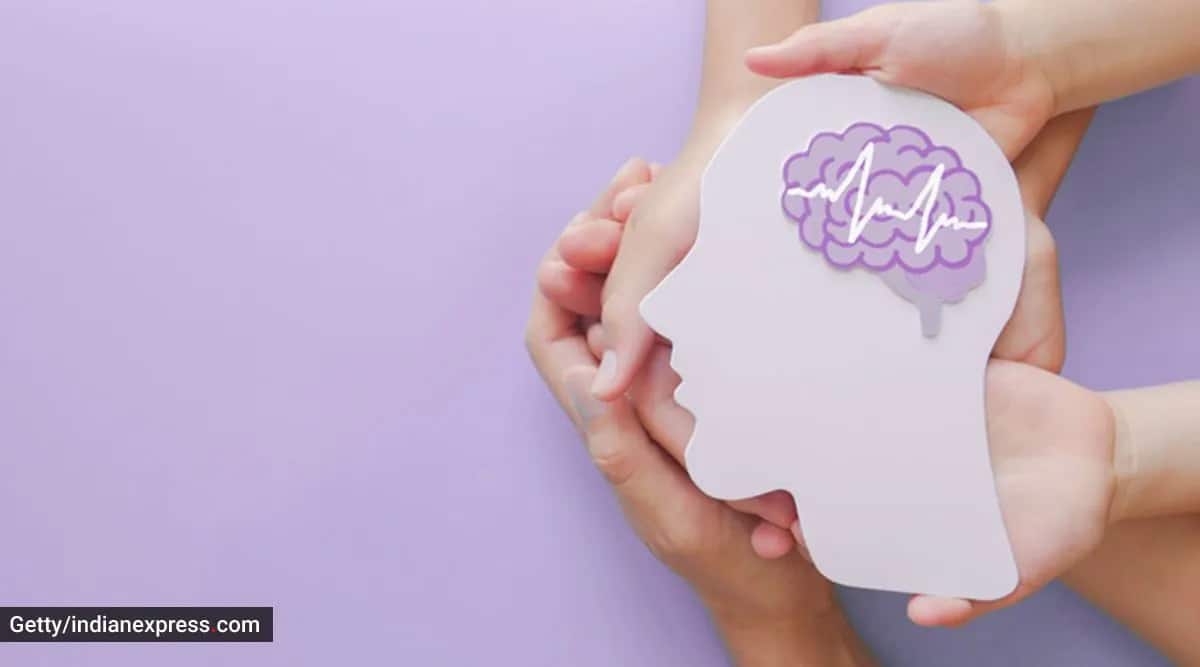 Know about all stroke caused by hyperextension of the neck (Source: Getty Images/Thinkstock)

What is this form of stroke all about?

It happens when one tends to twist the neck and head hard with a jerk, and there is a cracking sound, said Dr Pavan Pai, interventional neurologist and stroke specialist, Wockhardt Hospitals, Mira Road. “Such a jerk movement can lead the tender vessels to get injured, and blood supply to the brain getting hampered — resulting in a stroke. This is called as vertebral artery dissection in medical terminology,” Dr Pai told indianexpress.com.

Dr Kumar mentioned that blood thinners are recommended for people with stroke. “While some recover well post stroke, others owing to co-morbidities and age may need to be on medication throughout life,” he said.

Dr Pai said that while in parlours and salons, make sure that the head should not be twisted hard. “If you feel dizzy while hair washing with hyperextension of the neck, then lie down immediately. The person should be immediately taken to the doctor without any delay,” Dr Pai said.

Dr Kumar advised that it is pertinent to avoid hyper extending the neck backwards during hair wash. “If neck has to be extended, then do it lesser than 20 degrees,” he told indianexpress.com.

What can one do for rehabilitation?

According to Dr Kriti Soni, head of research and development, Kapiva, making certain lifestyle changes post a stroke can help. These include:

Exercise: When it comes to preventing practically any disease, exercising is a no-brainer. It keeps the heart and body nourished and promotes general wellness. Any type of exercise— gym, yoga, or pranayama — can help you increase metabolism and guarantee that your pancreas is functioning properly.

Ditch white sugar and make the switch to natural sugars: White sugar, which majority of us consume every day, is largely empty calories. Making it a part of your diet will do you absolutely no good. Therefore, switching to natural sugar forms like fruits, jaggery, or honey is strongly advised.

Increasing your intake of foods like asparagus, artichokes, avocado, broccoli, cabbage, and cauliflower that have low glycemic loads and low glycemic indexes is also a good idea.

Early dinners and a sound sleep: A healthy lifestyle, which seems the easiest of them all is also the most significant. Your lifestyle (Vihara) and diet (Ahara) have a significant impact on the health of your heart. There should be a sufficient interval between each meal. It is advised recommended you wait three hours between each meal. Another essential element to keeping your heart healthy is sleep.

“Each day, one must get at least seven hours of quality sleep. It has been proven to treat hormonal problems and enhance immunity while reducing chronic inflammation and managing physical and emotional stress,” said Dr Soni.