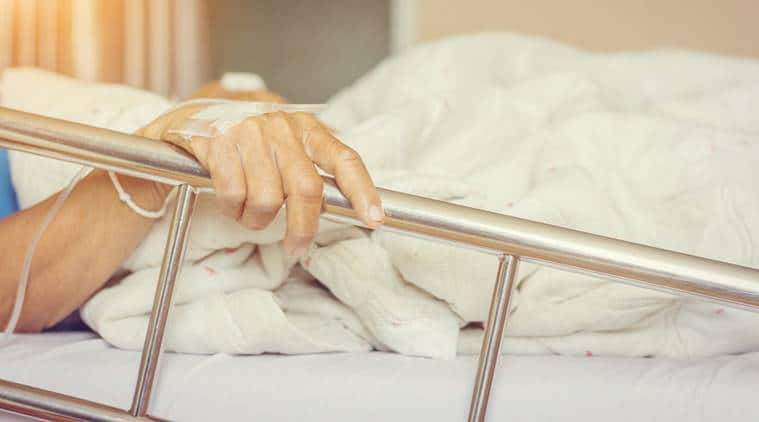 The CRM also found that in most states sterilisation services were offered in fixed places on fixed days. The only exceptions are Uttarakhand, Jharkhand, Nagaland and Manipur. (Source: Thinkstock/Representational)

The 11th report of the Common Review Mission of the National Health Mission, released Monday has flagged the issue citing latest data from the Health Management Information System (HMIS) where states upload data on various parameters of NHM including sterilisations.

Experts say the reluctance of Indian men to undergo sterilisation stems from history, social taboo and sheer logistical limitations. Forced sterilisations during the Emergency have given the procedure a bad name, misinformation about it robbing men of their “strength” has made it a social taboo and the fact that there are no male health workers means these impressions cannot be corrected. It is difficult for an ASHA worker in a village to talk to men about sterilisation.

Explained | Health cover scheme: Who, how

Despite efforts to make male sterilisation more acceptable, the review mission, which is an external evaluation of the flagship health mission, found that non-scalpel vasectomy services are available in very few facilities and the uptake is “negligible” in all states.

The 261 members of the 11th CRM comprised officials from the Health Ministry, health experts from civil society, academic institutes, UN agencies and officials from other government departments.

Vasectomy or male sterilisation is the process of cutting or tying the vas deferens which is the duct that carries the sperm from the testes to the urethra so that it cannot be released for fertilisation. It is an easier process than female sterilisation or tubectomy which involves clamping or blocking the fallopian tubes so eggs do not reach the uterus.

The CRM also found that in most states sterilisation services were offered in fixed places on fixed days. The only exceptions are Uttarakhand, Jharkhand, Nagaland and Manipur.

According to the CRM, 13 years after the health mission was launched, the out of pocket spend remains high. “Household out of pocket expenditure (OOPE) remains a major concern. Despite the implementation of various schemes such as free drugs and diagnostics in government hospitals, instances of high OOPE were reported in most of the states visited. Patient/beneficiary interactions during state visits show high OOPE on drugs for chronic diseases such as diabetes and hypertension in Assam and Uttar Pradesh; on diagnostics and lab tests in Telangana and Nagaland and informal payments to hospital staff for patient care and transportation in Uttar Pradesh,” stated the report.

Vienna under consideration as site for next Trump-Putin meeting: sources