The inventor is in talks with the Tamil Nadu government for introduction of the FDA-approved device in a primary care setting. 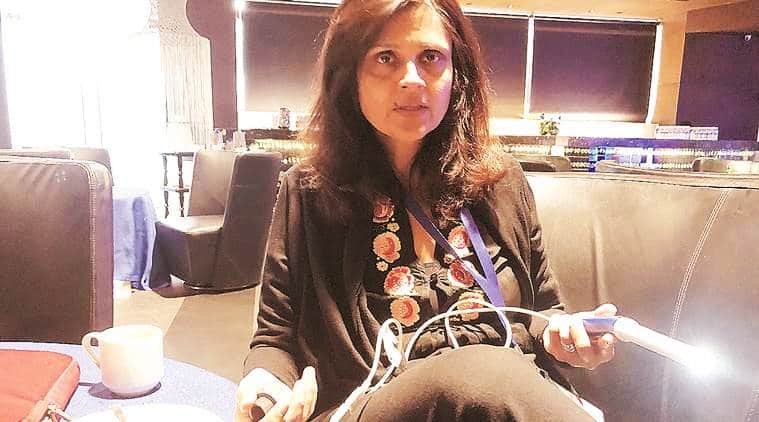 Nimmi Ramanujam with the invention.

AIIMS New Delhi has successfully finished trials for a low-cost Pocket Colposcope for cervical cancer screening, developed by Duke University, that costs just $500 against the $15,000 of the currently used machine. More importantly, it is not painful like the present test.

The inventor is in talks with the Tamil Nadu government for introduction of the FDA-approved device in a primary care setting.

The leading cancer among Indian women is of the breasts, followed by cervix. Data from the national cancer registry shows that in 2013, 92,731 cases of cervical cancer were reported in India, a figure that is projected to go up to 1,00,479 in 2020 (Source: National Health Profile). India accounts for about a third of the global cervical cancer deaths.

Talking about the trial results, which are about to be published, Neerja Bhatla, professor of gynaecology at AIIMS, said: “The Pocket Colposcope is a significant advance in cervical cancer screening. It is a small and simple device, easy to use, store and transport. Yet the pictures are as good or better than standard colposcope. Health workers can be trained to use the device and record images that can be transmitted to experts elsewhere, who can evaluate them and advise appropriate therapeutic options.”

According to Dr Nimmi Ramanujam, Professor of Global Health and Director of Global Women’s Health Technologies at Duke University, the idea of developing a test that would lessen women’s trauma during cervical cancer screening came from a book by James Marion Sims, the father of modern gynaecology. Sims had written in his book how he hated looking at a woman’s private parts. He is credited with inventing the speculum, that is still used to screen women for cervical cancer. It is one of the most painful and uncomfortable tests a woman has to go through, and has not changed much since Sims’s time. That got Dr Ramanujam thinking about cervical cancer screening from a “woman’s perspective”. And inspiration came —- from a tampon.

Several years down the line, that inspiration has led to a low-cost Pocket Colposcope, which has now been successfully tested at the All India Institute of Medical Sciences, Delhi, by Bhatla. The colposcope, that looks like an extra long tampon with a light at the end, can look at the cervix with better clarity than the standard colposcope.