The treatment involves removing T cells, white blood cells that fight viruses, from a patient’s blood and genetically engineering them to fight cancer. Then the modified cells are infused back into a patient’s circulation. 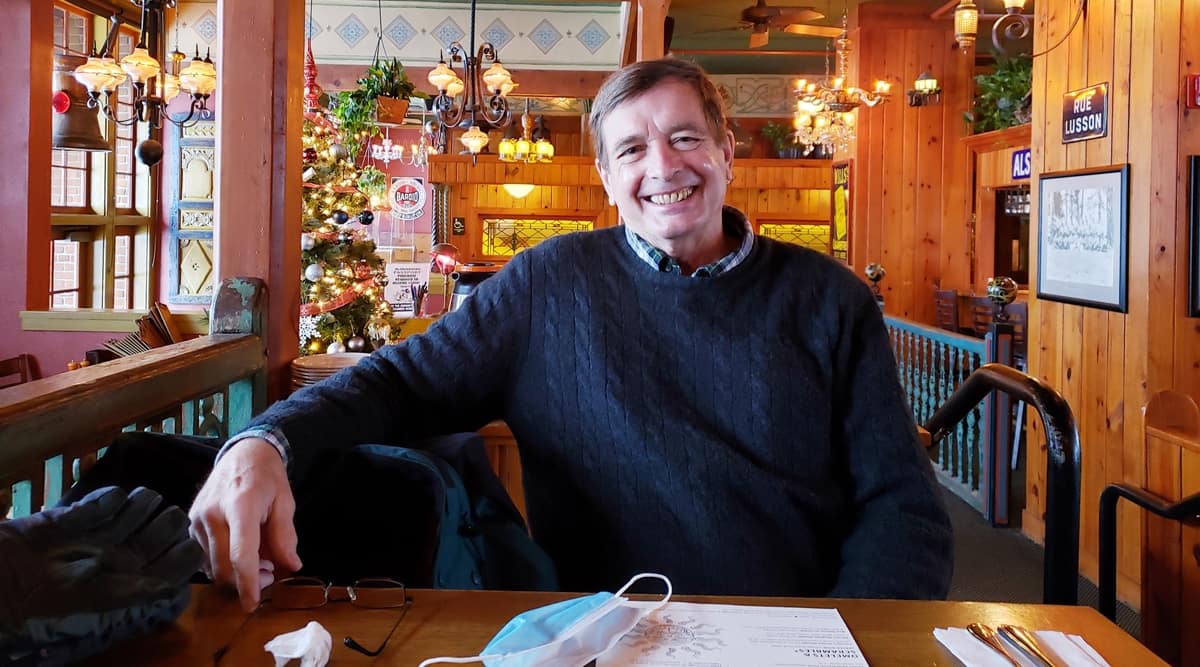 In an undated image provided by Olson family photo, Doug Olson in Bend, Ore., in December 2021. In 2010, Olson became one of three patients to undergo CAR T cell therapy as part of a clinical trial. (Olson family photo via The New York Times)

Doug Olson was feeling kind of tired in 1996. When a doctor examined him, she frowned.

“I don’t like the feel of those lymph nodes,” she said, poking his neck.

She ordered a biopsy. The result was terrifying. He had chronic lymphocytic leukemia, a blood cancer that mostly strikes older people and accounts for about one-quarter of new cases of leukemia.

He was only 49 and, he said, had always been healthy.

Six years went by without the cancer progressing. Then it started to grow. He had four rounds of chemotherapy, but the cancer kept coming back. He had reached pretty much the end of the line when his oncologist, Dr. David Porter at the University of Pennsylvania, offered him a chance to be among the very first patients to try something unprecedented, known as CAR T cell therapy.

In 2010, he became the second of three patients to get the new treatment.

At the time, the idea for this sort of therapy “was way out there,” said Dr. Carl June, the principal investigator for the trial at Penn, and he had tempered his own expectations that the cells he was providing to Olson as therapy would survive.

“We thought they would be gone in a month or two,” June said.

Now, a decade later, he reports that his expectations were completely confounded. In a paper published Wednesday in Nature, June and his colleagues, Dr. J. Joseph Melenhorst and Porter, report that the CAR T treatment made the cancer vanish in two out of the three patients in that early trial. All had chronic lymphocytic leukemia. The big surprise, though, was that even though the cancer seemed to be long gone, the CAR T cells remained in the patients’ bloodstreams, circulating as sentinels.

Although most patients will not do as well, the results hold out hope that, for some, their cancer will be vanquished.

The treatment involves removing T cells, white blood cells that fight viruses, from a patient’s blood and genetically engineering them to fight cancer. Then the modified cells are infused back into a patient’s circulation.

In the case of chronic lymphocytic leukemia, the type that Olson had, the cancer involved B cells, the antibody-forming cells of the immune system. A patient’s T cells are taught to recognize B cells and destroy them. The result, if the treatment succeeded, would be to destroy every B cell in the body. Patients would be left with no B cells but also no cancer. They would require regular infusions of antibodies in the form of immunoglobulin infusions.

The therapy has helped many with blood cancers and has proved particularly effective in patients with acute leukemias and other blood cancers. By contrast, those like Olson with chronic lymphocytic leukemia, also known as CLL, have seen less success. Among those with that cancer, about one-third to one-fifth go into remission with CAR T therapy, but many whose cancers disappear later relapse.

“The question is not only why some patients relapse or are resistant to therapy, but why are some patients cured?” said Dr. John F. DiPersio, chief of the division of oncology at Washington University in St. Louis, who was not involved in the study.

The CAR T treatment has also caused serious side effects in some patients, like high fevers, comas, dangerously low blood pressure and even death — although in most patients, the alarming symptoms resolve. It has not yet worked in people with the solid tumors found in conditions like breast and prostate cancer.

Just as strange as the inability of CAR T to help most cancer patients is the fate of those modified T cells in the cured patients.

The genetic modification involved a subset of T cells known as CD8 cells, which are assumed to be the ones that actually kill the cancer. They are the assassins of the immune system.

But assassins need helpers, and for the CD8 cells, the helpers are another group of T cells known as CD4 cells.

At first, the CD8 cells seemed to be acting exactly as was hoped in June’s study. The modified CD8 T cells almost immediately killed between 3 1/2 and 7 pounds of cancer cells in the bodies of Olson and the first patient in the study, William Ludwig, who was also cured of his cancer but died last year from COVID-19.

After the CD8 cells did their job, they remained in the blood, but, unexpectedly, they turned into CD4 cells. And when the Penn investigators removed CD4 cells from the blood of Ludwig and Olson, they saw that those cells could kill B cells in the laboratory. The CD4 cells had turned into assassins or, DiPersio noted, “at least guardians that can keep the tumor cells at bay and undetectable in the patient for years.”

Could the CD4 cells remain in the blood with no cancer cells to kill? Or were they there because the leukemia was not really gone but instead kept trying to return, only to be attacked by CD4 cells?

“We can’t find any leukemia cells in Doug,” June said. But, he added, perhaps they are still there in tiny quantities and emerging, only to be knocked back by CD4 cells, “like whack-a-mole,” he said.

He suspects, though, that the CD4 cells are more like guards.

“The leukemia is gone, but they stay on the job,” he said.

Whatever the mechanism, Porter said, the result “is beyond my wildest imagination.”

“Oncologists don’t use words like ‘cure’ lightly or easily or, frankly, very often,” he said. “I guarantee that it’s not being used lightly. The patients we treated had far advanced disease,” he noted, adding, “the biggest disappointment is that it doesn’t work all the time.”