Breast cancer is the most common cancer among women in India. At an incidence rate of 25.8 per 100,000 it is lower than in some developed countries. 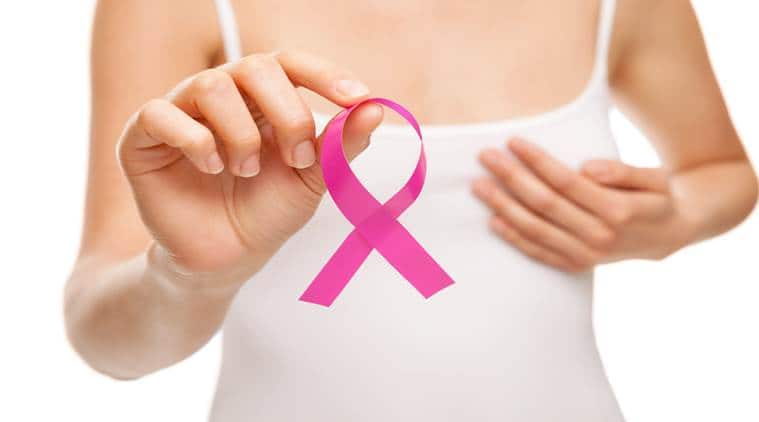 The study is based on the test, Oncotype DX, which examines 21 genes from a patient’s biopsy sample to determine how active they are. (Source: Thinkstock Images)

WHEN THIS Delhi-based businesswoman was recently diagnosed with early stage breast cancer, her world came crashing down. No less daunting than the diagnosis itself was the prospect of chemotherapy and its associated side-effects — hair loss, nausea, etc. The doctor said that her only hope of avoiding that toxic cocktail lay in the results of an ongoing trial, Tailorx.

On Sunday, within hours of the trial results being presented at American Society of Clinical Oncology (ASCO) 2018 meeting in Chicago, the 48-year-old emailed them to her doctor with this line: “This is good news for me”. The results suggest that almost 70 per cent breast cancer patients can avoid chemotherapy.

According to the eight-year-old Tailorx study, a 21-gene test can predict the chances of recurrence of a common form of breast cancer — receptive to estrogen and progesterone, not present in lymph nodes, not having a protein called HER2 and less than 4 cm in size. The presence of hormone receptors in these tumours means that they respond to hormone therapy.

“With the results of this groundbreaking study, we can now safely avoid chemotherapy in about 70 per cent of patients who are diagnosed with the most common form of breast cancer. For countless women and their doctors, the days of uncertainty are over,” said Dr Kathy Albain, oncologist at the Loyola University Health System, and a co-author of the study published in the New England Journal of Medicine simultaneously with its presentation at ASCO.

The study is based on the test, Oncotype DX, which examines 21 genes from a patient’s biopsy sample to determine how active they are. The tumour is assigned a “recurrence score” from 0 to 100 — higher the score, greater the chance the cancer will recur, with chemotherapy reducing the risk of recurrence.

Previously, the challenge doctors and patients faced was a mid-range score. It was uncertain whether the benefits of chemotherapy were enough to justify the risks and toxicity. Previous studies demonstrated that patients with scores of 10 or less did not need chemotherapy, while women with scores above 25 did benefit from it .The new study examined the majority of women who fall in the intermediate range of 11 to 25.

The Delhi woman’s case was typical of that dilemma. “I spoke to four people about her case, including one of the doctors associated with the Tailorx trial,” said Dr Ramesh Sarin, senior consultant surgical oncology at the Indraprastha Apollo Hospitals.

“Two people said she should get chemotherapy while two others said she should not. For women, the prospect of losing their breast and then their hair after chemotherapy is extremely scary. That is why I was eagerly waiting for this study. At least 30-40 per cent patients, to whom we advice Oncotype DX, come in this score range. This is very good,” said Sarin.

Breast cancer is the most common cancer among women in India. At an incidence rate of 25.8 per 100,000 it is lower than in some developed countries, but the mortality rate (12.7 per 100 000) is comparable to that in western countries principally because of late detection. Data on incidence rates of breast cancer from six major cancer registries of India show that the annual percentage increase in the incidence of breast cancer has been in the 0.46 to 2.56 per cent range.

Oncotype DX is not available in India but samples are sent abroad for the test. It is an expensive test, costing in the range of Rs 2.5 lakh.

“We have been using Oncotype DX for some years now among women in tumours that are less than 4 cm with no axillary lymph nodes, estrogen progesterone receptor positive and HER 2 new negative. The women in the “unfavourable” range had to receive chemotherapy. However, there was a range between favourable and unfavourable where it was not clear whether we should give chemotherapy. That is the range that has now been cleared,” said Dr Shyam Agarwal, consultant oncologist at Sir Ganga Ram Hospital.