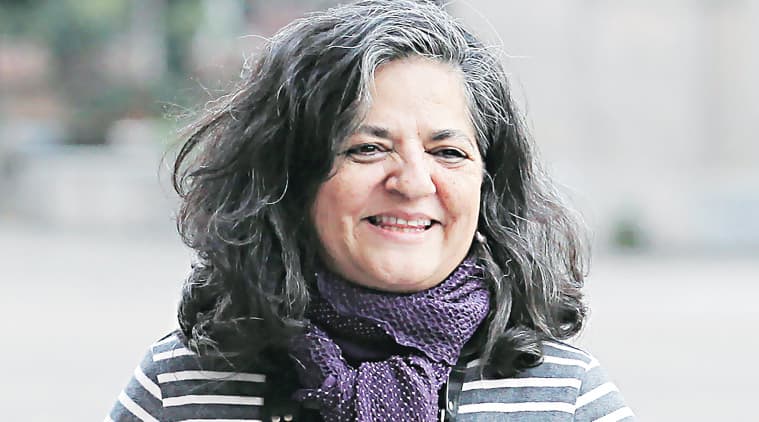 She taught me to go after what you really want. When she made a photograph, there was nothing in the world more important than you — the subject. You can see that in her photographs. It was almost like she had hypnotised them with so much eye contact: Dayanita Singh

Away from the mainstream, American photojournalist Mary Ellen Mark found herself framing those relegated to the margins. The homeless and lonely, those battling crack addictions and mental illnesses, young prostitutes on the streets of Mumbai and Seattle, circus performers and gypsies became part of the pages of the many books she published during her 40-year-long career. In the ’80s, the energetic and ever-curious photographer visited India, and spent months documenting the lives of sex workers in Mumbai, and came up with stunning and disturbing images in a book titled Falkland Road. In 1983, she met her most consistent and intimate subject, Erin ‘Tiny’ Blackwell, whom she documented in Streetwise in 1988. The project soon became an Oscar-nominated film, directed by her husband Martin Bell. Compassionate and curious, Mark has inspired an entire generation of photographers across the world. Photographer Dayanita Singh remembers her mentor and friend. Mary Ellen was a fighter, someone who was always trying to break convention. There’s this quote by her that you spoke about…

It’s at the end of every email of mine — ‘I would die if I had to be confined; I don’t want to feel that I’m missing out on experiencing as much as I can. For me, experiencing is knowing people all over the world and being able to photograph.’ Just last week, she tweeted, ‘Apply for my London workshop before it’s too late’. She was unwell, but as much as I know her, I know she would have said that I want to keep working. This is something I probably imbibed from her.

After I finished NID, I wanted to be a photographer, and I went to meet some of the big photographers in India, and they told me things like ‘be a woman, experience motherhood’. At that time, I didn’t know any women in photography and there were all these boys and nobody was willing to give me a chance to even be an intern. I heard Mary Ellen Mark was doing a workshop in Benaras, I went there unreserved.

You had already seen her work?

I was aware of her Falkland Road book in NID. When I heard she was in Benaras, I thought this was my chance. I was 25, and this was probably 30 years ago, when I thought I could be a photographer. She told me, ‘You have to get out of here, and you have to go to ICP, and I will write the recommendation for you’. And then she convinced my mother. I was there, attended all her classes, interned with her, and then we became friends.

What did you learn from her?

I learnt rigour from her when I worked on the Circus project, which I researched and organised for her. She taught me to go after what you really want. When she made a photograph, there was nothing in the world more important than you — the subject, who she was in complete eye contact with. You can see that in her photographs. It was almost like she had hypnotised them with so much eye contact.

The children in her photos don’t look like children, they look robbed of innocence…

How was it working with her?

She was a very intense person. She loved photography, and till the end was an analog photographer, worked with film as well, and a 20×24 Polaroid camera, of which there are only about five. She wanted to do the best and there were no compromises, and therefore, she was a very difficult person to work with. I think she was a brutal photographer because she wanted to show you aspects of the world that you didn’t want to see.

It had to be her way or no way. You had to check, double check, triple check, quadruple check. While putting Circus together, I am surprised I was able to match her pace but I am glad I did. She had a peculiar way of looking at the world — talking all the time, really interested in you and seriously curious. In 20 minutes, she would have got your life story out of you. In that sense, she never aged. Her strength was also how she zeroed in on one person, like something drew her to ‘Tiny’ and she photographed her for 20 years. She was tough, demanding, loving and loyal to her medium and her friends. If she allowed you into her world, then you were there forever. If you had survived Mary Ellen, you could work with anybody else.

How was she as a person, away from the camera?

Her work was her world, there was no separation. She didn’t let people define who she is. Even in the way she dressed; on the street in Soho, you could see her from afar. She would be in these long skirts in black or indigo, scarves, two plaits, silver clips from India. She had her own way of being.  Her husband, filmmaker Martin Bell, was a huge influence on her, I think. He brought cinematic production to her; a documentary photograph can also be like atheatrical production with the lighting.

Do you ever see any obvious or indirect reflections of her style in your work?

I think her influence on me was far greater in her persona, in the way she taught me to never compromise. She was supremely generous as a teacher, and unfortunately, I wasn’t able to learn that from her. She went twice a year, for 19 years to do photography workshops in Mexico. She was always true to her vision. If she was to photograph you, it may not be a picture you may necessarily like. It wasn’t about liking pictures, it was about her getting to something deeper in you.

Sanjna Kapoor on the invisible Mary This photograph was taken by Mary Ellen Mark in Hyderabad during the shooting of James Ivory-directed Heat and Dust, in which my father Shashi Kapoor played a lead role. I must have been around 13 years old at that time. I was completely enamoured with the way she carried herself. She had a strong yet gentle personality. With the camera hanging around her neck, she would quietly and almost invisibly go around taking photographs — capturing life around her. However, one day she asked my mother, who also played a small part in the film, if she could click our photos. I remember feeling very self-conscious.

Many years later, she photographed me at Mumbai’s Taj hotel for a magazine’s spread on special women. I had never thought of her as a fashion photographer.

In 1989, when I was studying in New York at a drama school, I would meet her at times. She used to look after me like a mother. At home, we had a number of her photo books. She managed to capture so much in one photo. It was very important for her to tell stories — be it about Bombay’s red light area or the circus performers across India.

Sanjna Kapoor is a theatre personality and co-founder of Junoon.