Recently, in a video interview with a news channel, Delhi CM Arvind Kejriwal discussed how much he loves food. 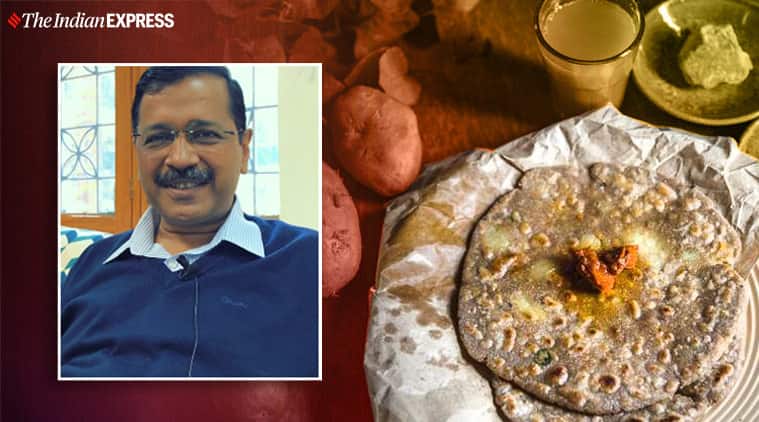 After the Aam Admi Party (AAP) won the Delhi election with a clear mandate, there has been a lot of buzz around the party president and Delhi CM Arvind Kejriwal. Recently in a video interview with a news channel, he discussed his love for food. “A Chinese joint in CP is one of my favourite places to dine. In fact, it has become the party’s hangout place now. I and my wife go for lunch to Taste of China on our birthdays and anniversary,” he remarked while talking to Kitchen Tak.

“I love having golgappa, in fact, one day I secretly left with my wife ditching the security to have some golgappa at Kamla market,” he shared. “My favourite food is aloo paratha and favourite sweet is jalebi,” he added. The Delhi CM revealed that he can cook roti, aloo ki sabzi and aloo paratha.

Potato is a quintessential part of Indian cuisine, especially for a vegetarian. 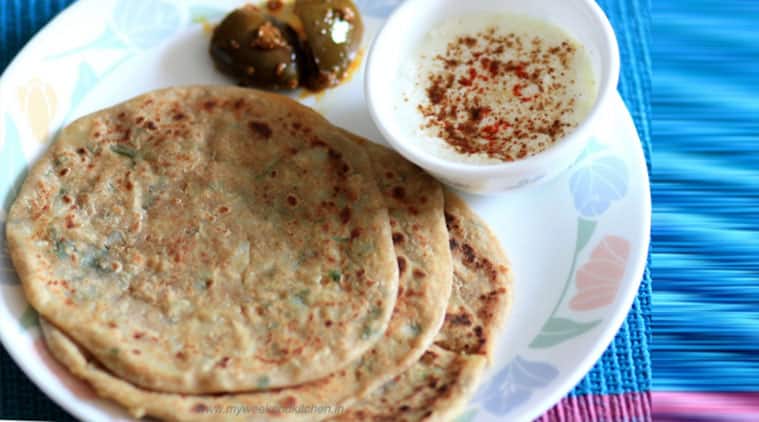 Remove from water and keep aside on a plate to cool down. Removing them from the hot water would let the water on the potatoes evaporate quickly while they cool.

In a deep plate or bowl, mix together flour, carom seeds (ajwain) and some salt. (Keep about 50 gms flour dry as you would need it for rolling out the parantha/ bread.)

Keep the dough covered with a damp cloth/ tea-towel while you prepare the stuffing.

Peel the potatoes and mash them with your fists. You want them to break down into small pieces but not as mashed as mashed potatoes.

Add to the potatoes, chopped chillies, coriander leaves and all spices (except carom seeds). Mix well. I simply use my hand, but you can also use a fork.

Now divide the dough into 6-8 balls.

Roll out a ball into an approximate 4-inch diameter circle. Put a spoonful of potato stuffing in the middle. Bringing the edges towards the centre of the circle, close the ball and seal it tight.

Dust the now stuffed dough ball with a little dry flour and roll out into an approximate 6-inch diameter circle. You would need to dust more dry flour in between while rolling.

Heat a flat non-stick pan or a Tava. Sprinkle a little oil. Put the rolled paratha onto the hot pan and cook on both sides, using a little oil/ ghee until it becomes golden brown.

Repeat for the remaining dough and stuffing.

Serve hot with plain raita (plain yoghurt seasoned with a pinch each of salt, roasted cumin powder and red chilli powder) and pickle.