The godmother of ‘plant-based’ living

Lappé said she has never thought of herself as leading a revolution strictly fought in the produce aisle. As she put it, “The reward isn’t how many vegetarians I created.” Rather, she is gratified when people come up to her and say, “I read your book and it changed my life.” 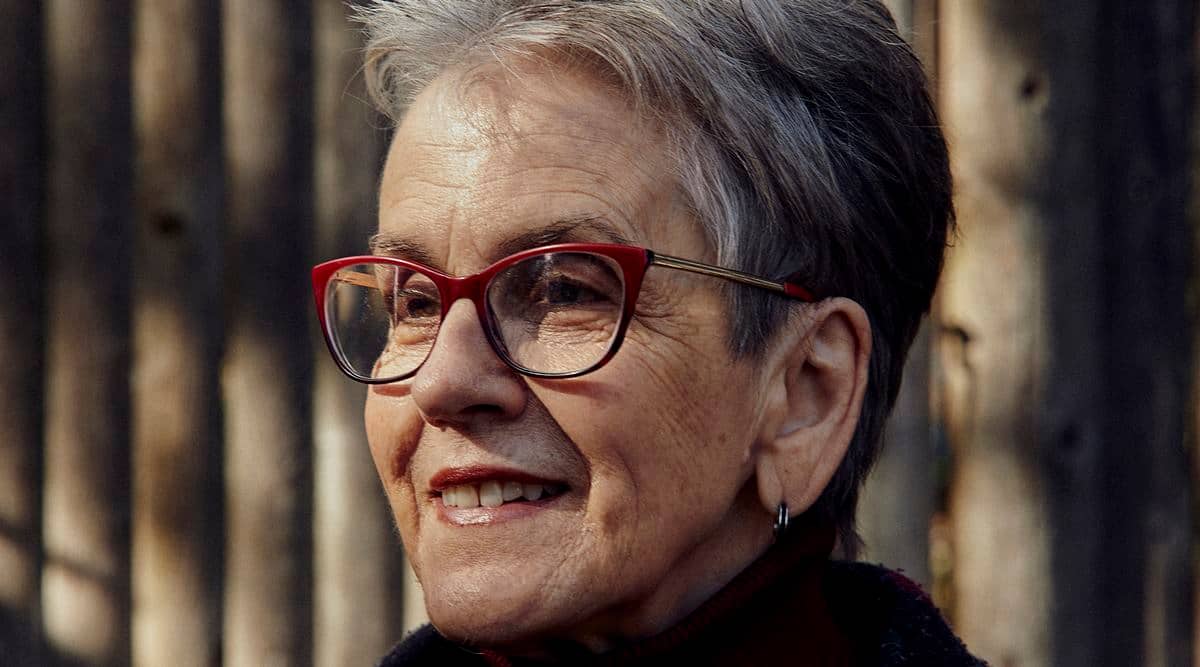 Frances Moore Lappe at her home in Belmont, Mass. Lappe, the author of "Diet for a Small Planet," which was published 50 years ago and spurred a movement toward vegetarianism, looks back on her legacy. (Cody O'Loughlin/The New York Times)

Frances Moore Lappé’s last hamburger was in 1971, the same year she published “Diet for a Small Planet,” her hugely influential book about food and sustainability, which virtually created the publishing category of food politics and turned Lappé into what she once self-deprecatingly called “the Julia Child of the soybean circuit.”

In “Diet,” Lappé argued that Americans eat too much meat, especially beef, and that our meat-centered meals are an enormous waste of resources. Both our bodies and the planet would be healthier if we ate a plant-focused diet instead.

Vegetarianism in those days was a strange if not heretical way of nourishing oneself. The center of the American dinner plate was reserved for a big pork chop or steak. In the introduction to one edition of “Diet,” she recalls promoting the book on a local Pittsburgh TV talk show in the mid-1970s. Lappé was booked alongside a UFO expert, and her only question from the host was: “What do you think they eat on UFOs?”

Going veggie was also a logistical challenge back then. Mollie Katzen, who read “Diet” as a 20-year-old college student and later used it as a reference when she helped found the vegetarian Moosewood Restaurant in Ithaca, New York, in 1973, out of which came her own hugely influential “Moosewood Cookbook,” recalled that many ingredients were not easy to find in supermarkets at the time.

ALSO READ |Healthy living: This is why FSSAI recommends a plant-based diet

“There were no fresh herbs anywhere,” Katzen, 71, said in a recent interview. “People didn’t cut onions. They just used onion powder. You couldn’t even find a bottle of olive oil — it was Wesson cooking oil.” Adopting a vegetarian regimen was, Katzen said, “definitely way off Main Street.”

Flash forward a half century, and Lappé has not only lived to see “Diet” turn 50 — an updated anniversary edition was published in September — but to watch her ideas about food and nutrition get adopted by millions of Americans and even spawn marketing buzzwords for the wellness industry. (Lappé was “plant-based” long before the term existed.)

On a recent afternoon, Lappé welcomed a reporter into her home in a leafy town outside Boston to talk about the way we eat, then and now. Despite her success — “Diet” has sold more than 3 million copies, and she was named a recipient of the Right Livelihood Award, a kind of alternative Nobel Prize — Lappé, or Frankie to her friends, is a down-to-earth, cheerful woman of 77. She greeted her guest with a warm bowl of Comforting Carrot and Onion Soup, one of the recipes included in “Diet,” which she specially prepared that morning.

“I made this soup for Betty Ballantine,” Lappé said brightly, referring to the book publisher so struck by Lappé’s message that she took a chance on commissioning a book by Lappé, a former community organizer. Until then, she hadn’t published so much as a letter to the editor; she has since written 19 more books, on topics including sustaining our democracy to raising children without TV.

Over the years, many people have categorized Lappé as a cookbook author or chef, like another of her contemporaries, food activist Alice Waters. In fact, it was Ballantine who suggested that Lappé include recipes in “Diet,” to soften and make more salable what was essentially a political manifesto. Many of the dishes were crowdsourced from friends.

Lappé said she has never thought of herself as leading a revolution strictly fought in the produce aisle. As she put it, “The reward isn’t how many vegetarians I created.” Rather, she is gratified when people come up to her and say, as many have over the years, “I read your book and it changed my life.”

If you eat Tofurky this Thanksgiving rather than an actual bird, in a way you can thank Lappé. The inventor of the plant-based protein, Seth Tibbot, read “Diet” and, as he told the makers of a Vice documentary about the future of food, it changed his life. Ethan Brown, the founder of Beyond Meat, is another disciple. And, of course, you could count the author herself among those whose life was radically changed by the ideas within “Diet.” 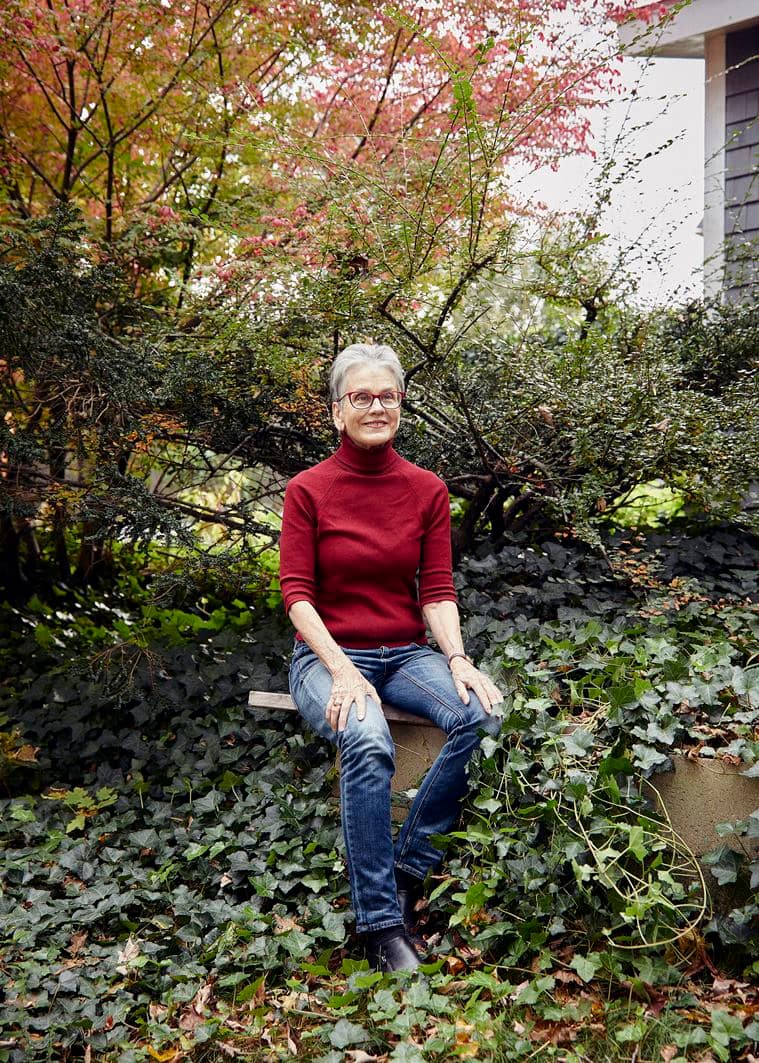 Lappé was 25 and attending graduate school at the University of California, Berkeley, when she began to question her life’s purpose. Like many in her generation, she’d read “The Population Bomb,” the 1968 book by Paul Ehrlich that predicted (wrongly, it turned out) a coming famine because of overpopulation, and she was inspired by the ecological movement that led to the first Earth Day.

Lappé was also being exposed to new and different foods, including bulgur and tofu. She started auditing courses on soil science and poring over academic reports in the agricultural library at Berkeley, to better understand the food system and global hunger.

She was surprised by her findings; notably, that over half of the harvested acreage in the United States at the time went to feeding livestock, leaving more than enough food to go around if those resources were redirected. Lappé printed up a one-page handout and circulated it around Berkeley. Through a friend of hers, an expanded booklet found its way to Ballantine.

Advertisement
ALSO READ |Is plant-based diet meant for us all? Find out

“Diet” was an unlikely bestseller, a broadside against the good old hamburger with dry charts on U.S. crop yields and a homespun cover illustration of corn and wheat. But it was published during “a very idealistic time for American youth,” Katzen said, adding, “a lot of college students like me were searching for an alternative way to live that was less impactful on the earth. There was also this idea of the personal is political. Her book filled in the blanks.”

Today, a similar desire for personal and planetary health pervades the culture. There’s been such a consciousness shift around food that fast-food restaurants are serving plant-based burgers, and climate change activists are once again calling for cutting consumption of beef, though for different reasons, including its outsize impact on greenhouse gas emissions.

Surveying the current landscape, Lappé mentioned with approval the proliferation of community and school gardens and the thousands of farmers’ markets around the country. “These didn’t exist” 50 years ago, she said.

But Lappé is troubled by the way healthy eating has become an elitist activity, saying of $12 green smoothies, “That’s not what I’m about at all.” She’s also ambivalent about plant-based meats made in a lab: While they contribute less to climate change, they are not a solution to fixing our broken food system, she said.

“It keeps processed foods as our staple,” Lappé said. “The answer is healthy foods that come directly from the earth, or as close as possible.”

Nowadays people seem to eat much better, and much worse. Processed foods loaded with sugar dominate the supermarket shelves, and nearly 1 in 7 Americans now have diabetes. “Food is life itself — and we’ve turned it into a killer,” Lappé said. “It’s jaw-dropping.”

Her daughter, Anna Lappé, 47, who is carrying on her mother’s work as an author and sustainable food advocate, said that when she thinks of her childhood home, “I can picture tall glass Mason jars filled with beans and lentils.”

The family shopped in bulk at a food co-op, and Lappé cooked simple, healthy dishes like the carrot soup, freezing the leftovers for quick weeknight meals. Fifty years later, Lappé still cooks that way. (And she still has the inner glow of a health food devotee.)

But while the family lived in crunchy Berkeley, it must be said that Lappé was no hippie. She grew up in a literal cow town, Fort Worth, Texas, where she was a football cheerleader, and her activism took root at her small Quaker college, Earlham. Her stylish, put-together appearance on TV and in college auditoriums made it hard to dismiss her as a California kook or scold. As Lappé’s Twitter bio states, she has always viewed herself as “hope monger.” (“It gets more challenging every year,” she said with a laugh.)

Sitting in her kitchen, with its same glass jars of grains and beans on the shelves, Lappé reflected on her long-ago conversion. “Not eating meat, I call it my act of rebel sanity,” she said. “It was like opening the door. The world of taste, color, texture is in the plant world. I tell people, it wasn’t a sacrifice. It was a discovery.”

Which brings us around to her final hamburger, in 1971. Lappé was expecting her first child. As she put it, “women who are pregnant get certain cravings,” so she found her way to a joint called the Smokehouse. Munching on a charbroiled burger, Lappé looked up, and there, walking through the door, was the man who was helping her edit her book.

“The most embarrassing moment of my life,” Lappé said laughing again. “I felt like such a fake. I was so humiliated. And that was my last meat.”