Here’s the trendsetter of the week: Breast-shaped ice cream

In order to make future of the frozen treats a lot more interesting, here's the latest discovery in food designs. Homage to the breasts, a breast-shaped ice cream is all set to feature in the London Designing Festival 2018.

Ice cream mould, Homage to the breasts emerged as the winner of the competition held by Bompas and Parr for London Design Festival. (Source: bompasandparr.com)

One of the most popular food design agencies in the world, Bompas and Parr recently launched a food design competition to create 3D ice cream moulds for the London Design Festival. As a result, people began brainstorming to create a whimsical, trendy and out of the box mould to feature in its summertime exhibition, SCOOP at the British Museum of Food.

The bizarre design that emerged as the winner will certainly blow your minds. Created by Sally Reynolds, ‘Homage to the breast’ stood first in the competition. Designed to pay tribute to breasts, Bompas and Parr said the design as “plays on the power of the currency of women in the days of royalty and a nod to the beauty of the female figure. The resulting flavour will be rose masala chai — a sensual vanilla gelato with rose syrup & chai spice.”

The designs which claimed the second and third places in the competition are Mouth Toys: Ice Lollie by Estela Glass and Bubble-icious, by Michele Menescardi respectively.

Explaining the bizarre history of ice cream in Europe and the motto behind the competition, Bompas and Parr mentioned on their website, “Ice cream and sorbets have an aristocratic history in Europe due to the high costs associated with ingredients and keeping things frozen. In the past, eating ice cream and sorbet was reserved for royalty and the very wealthy and serving it in moulds represented the pure zenith of the craft. A banquet in 1714, hosted by the Austrian ambassador to Rome in honour of Empress Elisabetta Cristina, included five tables of towering pyramids of moulded sorbets, a large vase made of milk-coloured ice, and a tree holding 150 frozen moulded fruit sorbets set in a chocolate ‘soil.” 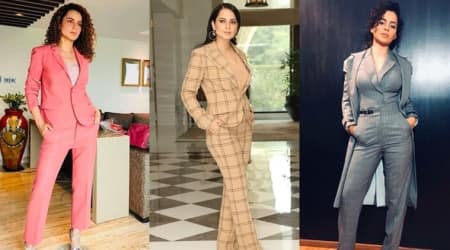