Chef Romy Gill believes spices are one of the most important ingredients in Indian cooking and how we use them in each dish without letting the spices overpower is the key to good cooking. Catch the star chef in a tete-a-tete with us. 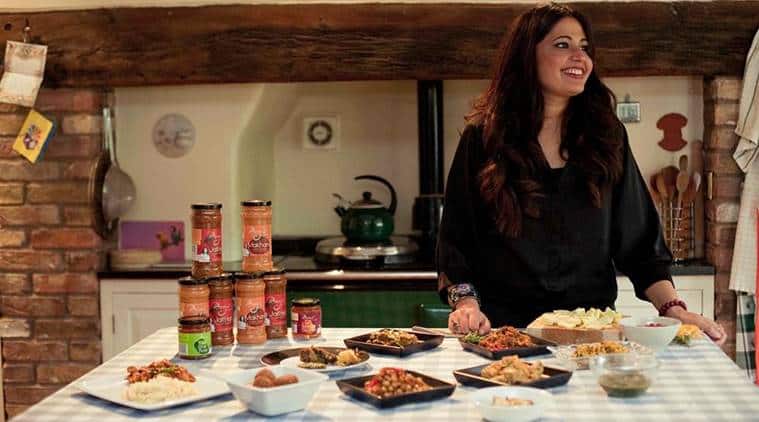 Back in 2013, when chef Romy Gill opened her restaurant in Bristol, she didn’t expect an MBE (The Most Excellent Order of the British Empire) letter from Queen Elizabeth II, which she thought was just another bill. Recalling the unforgettable day, she told indianexpress.com, “When I received the letter, I thought it was another bill but my daughter couldn’t stop screaming out of excitement. It felt so surreal as I never thought I would ever get recognition by the Queen.”

She received one of the greatest honours granted to civilians in that country during the Queen’s Birthday Honours List in 2016. Being the boss lady that she is, Gill was the first Indian women to own and run a restaurant in the United Kingdom. However, things weren’t easy when she first started her journey. With no investor backing her and food critics ignoring her, Gill worked hard to make a name for Romy’s Kitchen.

It was her “passion” and love for food that gave her strength to stand by her dreams. “Back when I was a little girl I used to love eating instead of helping my mum! I was always intrigued by how people used the same spices and would make the dish taste so different. My dad worked in the steel plant in Burnpur in West Bengal, so people came from all over India to work there. So, I grew up eating diverse food. I was born and brought up in Bengal to a Punjabi family and food was a central focus in our house,” she added.

“After 12th, when I had to choose a career option, I told my dad I wanted to join the hospitality industry. He said I won’t survive. Even though I was angry, he was right in many ways. My parents are very proud of me now and my dad says I am a fighter”.

With your roots in India, is your menu dominated by a lot of spices?

I am a firm believer that food is life, so creating a menu that transforms from one homeland to another was very important to me. Spices are one of the most important ingredients in Indian cooking and how we use the spices in each dish without overpowering it is the key to all my dishes. I wanted to share the food we grew up eating in India but still wanted to play with the ingredients that I discovered when I came to this country.

Did being a woman with no previous restaurant experience make your journey difficult?

I am a brown ethnic woman, who had very little experience in the restaurant industry, and I started my journey cooking from home so the banks were not kind to give me a loan. Eventually, BBC featured me on the national news and NatWest gave me a loan. To start my business, I sold my gold jewellery because I never wore it and I have no regrets as it wasn’t important to me.

Are you a fan of exotic cuisine or find comfort in simple home-cooked food?

I am a firm believer that home-made food is a great comfort food. But, at the same time, I like learning and playing with products. For example, I make this tamarind panch phoron octopus, which is a very popular starter at my restaurant. Food should have no boundaries!

I love posting my recipes on social media channels and people love it and they are waiting eagerly for my book.

Do you think social media plays an important role? Did it help you to get more business and recognition?

It does! I don’t disrespect anyone whether I like the person or not. I post pictures and love the response I get. Because of social media, I got enough courage to start writing for other media groups. I also write for various magazines and newspapers regularly.

What’s the one food that you’ve grown to love over the years?

Aubergines (baingan or eggplant) and okra (a variant of bhindi). I used to dislike them so much while growing up but I can’t get enough of it now. I love cooking it every now and then.

Are you a fan of fusion food?

I dislike the word fusion, I will say modern food and explain it on the menu.

What does Romy Gill eat for breakfast?

It varies, but eggs in many different ways are the most common breakfast for me.

One thing Romy Gill can’t do without in her kitchen?

Good chai… You can’t take Indian out of me.

Panch Phoron and tamarind sauce we make in the restaurant.

Your favourite dish as a child?

Not one to comment, but liquid nitrogen – chefs should do it properly or just don’t do it all.

One food trend that should have continued in 2018?

US condemns attack on political candidates in Pakistan