How weight training may help with weight control

Findings indicate that weight training could be more consequential for weight control than many of us might expect, and a little lifting now may keep us lighter, later. 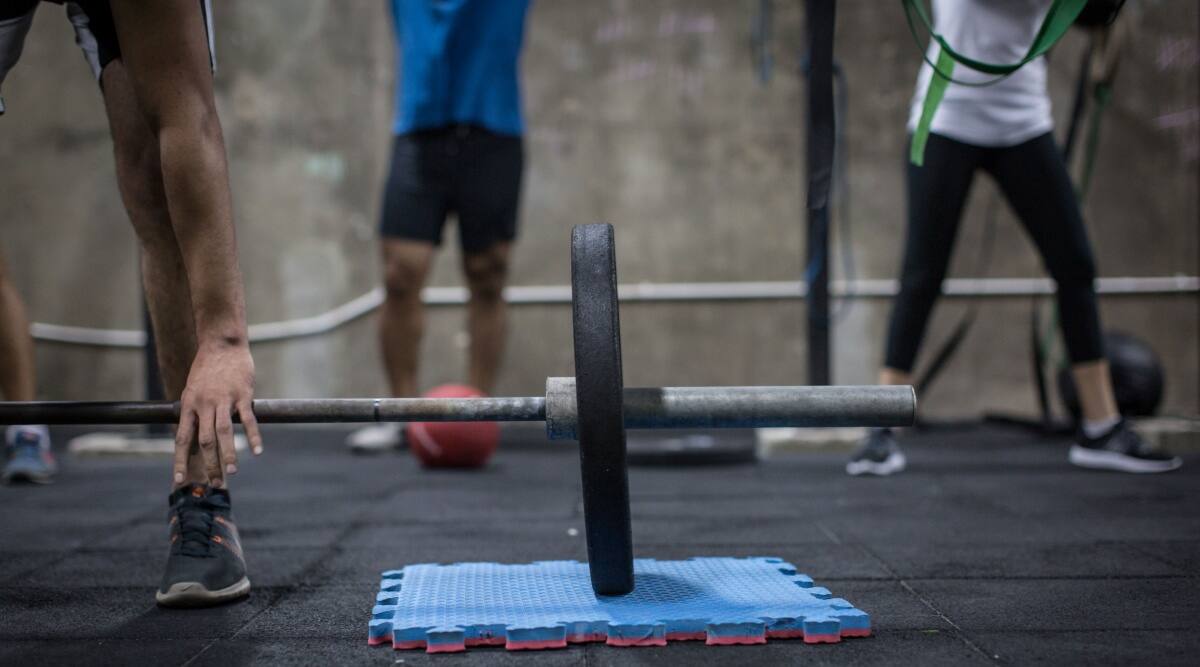 Lifting weights at a gym in Cairo, Egypt, Aug. 14, 2016. A new study finds that you can build strength in just 13 minutes with a single, brief set of each exercise, if you work really hard. (Source: Sima Diab/The New York Times)

Lifting weights a few times a week might help us stave off obesity, according to an interesting new study of resistance exercise and body fat. It shows that people who regularly complete muscle-strengthening exercises of any kind are about 20% to 30% less likely to become obese over time than people who do not, whether they also work out aerobically or not.

The findings indicate that weight training could be more consequential for weight control than many of us might expect, and a little lifting now may keep us lighter, later.

The incidence of obesity in America is rising, with about 40% of adults currently meeting the standard criteria for obesity. That number is expected to increase to more than 50% by the end of this decade.

Unfortunately, few of us will drop any added pounds, long term, once we gain them. Most people who shed more than about 5% of their body weight regain it within five years.

The most effective way to deal with obesity, then, is probably to prevent it. And regular exercise can help in that regard. Many studies show that people who often walk, jog, cycle, swim or otherwise work out aerobically tend to gain less weight with age than sedentary people and are at lower risk of becoming obese.

But far less has been known about whether weight training likewise influences weight. Some past research hints that resistance training helps people retain muscle mass while people are trying to lose weight. But whether it might also check long-term weight gain and avert obesity has not been clear.

So, for the new study, which was published in June in PLOS Medicine, researchers at Iowa State University in Ames, Iowa, and other institutions, decided to look into the relationship, if any, between weights and waistlines. They began by turning to the large and useful database compiled for the Aerobics Center Longitudinal Study, a famous undertaking that had tracked the medical, health and fitness status of tens of thousands of patients who visited the Cooper Clinic in Dallas between 1987 and 2005. The men and women had gone through extensive testing during repeated visits to the clinic.

Now, the Iowa researchers pulled the records for almost 12,000 of the participants, most of them middle-aged. None of them was obese, based on their BMI, when they first joined the Aerobics Center study. (BMI, or body mass index, indirectly estimates body fat, based on your height and weight.)

These particular men and women had completed the typical array of health and fitness measurements during their visits to the clinic and also filled out an exercise questionnaire that asked, among other issues, about weight training. Did they ever engage in “muscle-strengthening exercises,” it inquired, and if so, how often and for how many minutes each week?

The researchers then began cross-checking, comparing people’s weights and other measurements from one clinic visit to the next. Based on BMI, about 7% of the men and women had become obese within about six years of their first visit to the clinic.

But BMI is a loose approximation of body composition and not always an accurate measure of obesity. So the researchers also checked changes to people’s waist circumferences and their body-fat percentage to determine if they had become obese. By the yardsticks of a waist circumference greater than 40 inches for men and 35 for women, or a body-fat percentage above 25% for men and 30% for women, as many as 19% of participants developed obesity over the years.

Weightlifting, however, changed those outcomes, the researchers found, substantially lowering the risk that someone would become obese, by any measure. Men and women who reported strengthening their muscles a few times a week, for a weekly total of one to two hours, were about 20% less likely to become obese over the years, based on BMI, and about 30% less likely, based on waist circumference or body-fat percentage.

The benefits remained when the researchers controlled for age, sex, smoking, general health and aerobic exercise. People who worked out aerobically and lifted weights were much less likely to become obese. But so were those who lifted almost exclusively and reported little, if any, aerobic exercise.

The results suggest that “you can get a lot of benefit from even a little” weight training, says Angelique Brellenthin, a professor of kinesiology at Iowa State, who led the new study.

Of course, the study was observational and does not prove that resistance training prevents weight gain, only that they are linked. It also did not consider people’s diets, genetics or health attitudes, any of which could affect obesity risk.

Perhaps most important, it does not tell us how muscle strengthening influences weight, although it is likely that resistance training builds and maintains muscle mass, Brellenthin says. A metabolically active tissue, muscle burns calories and slightly increases our metabolic rate. Interestingly, the desirable effect of adding muscle mass may also explain why fewer lifters avoided obesity when the researchers used BMI as a measure. BMI does not differentiate muscle from fat, Brellenthin points out. If you add muscle with weight training, your BMI can rise.

Still, the primary message of the study is that some weight training likely helps, over time, with weight control.

“So, my advice would be to fit in a few body weight exercises before or after your usual daily walk,” Brellenthin suggests.

Or join a gym or an online class. Or try one of Well’s easy, at-home resistance-training routines, like the 7-Minute Standing Workout.