WATCH: Malaika Arora doing planks will surely motivate you to hit the gym

Malaika Arora recently posted a video of herself on Instagram doing planks on a gym ball and a bench. She has previously too shared videos of herself performing planks on stability balls. 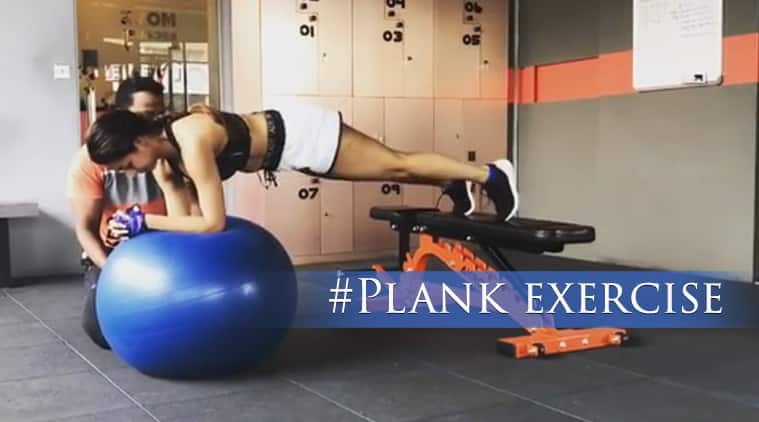 Malaika Arora, who follows a strict fitness regime, recently posted a video of herself doing a strenuous plank exercise. One of the most effective and simplest core exercise to perform, planks are useful for building endurance in the abdominal region. Planks further improve flexibility as it stretches nearly all our posterior muscle groups such as shoulder and collarbone while also expanding the hamstrings, toes and arches of our feet.

For performing a plank exercise, get into a push-up position, then rest your body weight on your forearms. During this point, your body should form a straight line from head to ankle. Now, clench your abdominal area and hold the position for a particular time period.

Wearing a pair of white shorts and a black sports bra, Arora was seen taking it a step further by balancing her forearms and toes on a gym ball. Take a look at the video:

ALSO READ| WATCH: Malaika Arora takes plank challenge on a stability ball; can you beat her?

Previously too, the 44-year-old was seen taking up a plank challenge by balancing her forearms and toes, both on stability balls. While the plank itself has many benefits — especially if you want “six-pack abs” — doing it on a stability ball and gym balls combine the advantages of both. The stability ball aids to strengthen and stabilise the core muscles. By working on the ball, one is forced to work on an unstable surface that works on balance.

ALSO READ| VIDEO: Yasmin Karachiwala shows how to make the most out of a Plank workout

Renowned celebrity fitness trainer Yasmin Karachiwala, who had earlier posted a video of herself showing how to do a plank correctly, had a piece of advice for beginners, “Start with 20 seconds of plank followed by 20 seconds of rest. As you progress, move to 30 seconds of work/rest, then 45 then 60 and eventually 2 minutes!”

Have you tried the plank exercise before? Let us know in the comments section below.