The year that was: Of physical fashion weeks, red carpets, controversies, and losses in 2021

From Kim Kardashian's 'dementor couture' to mangalsutra controversies and of course, House of Gucci; here's taking a look at some of the most defining moments in global fashion this year. 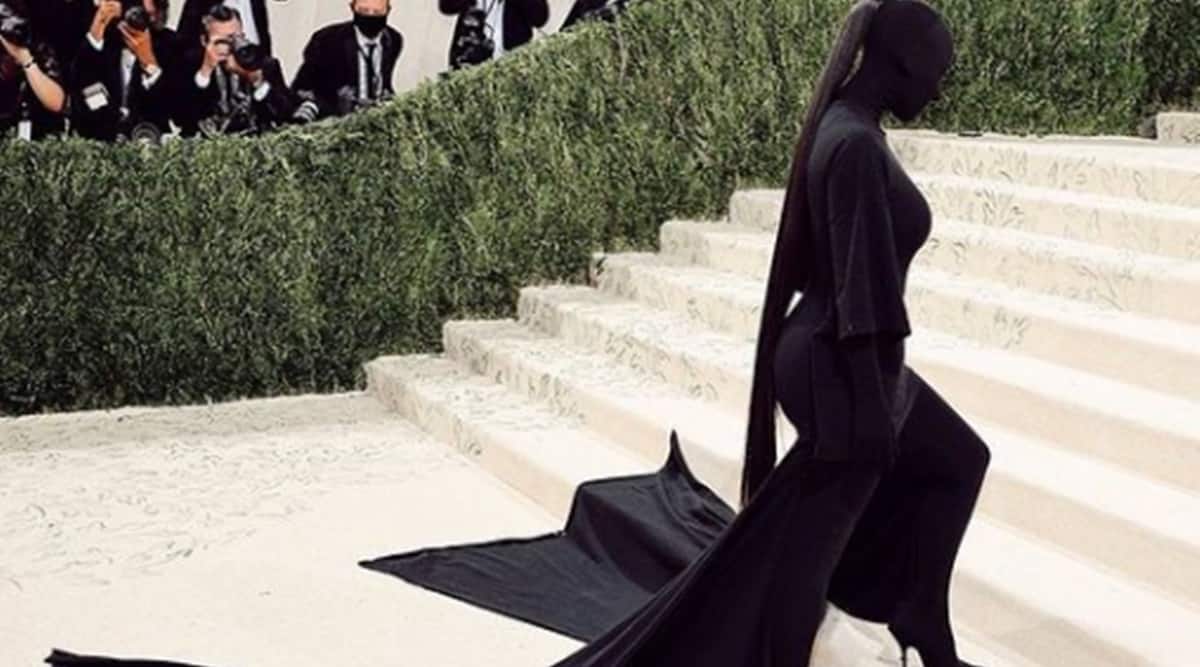 The global fashion industry has ridden the same roller coaster as the rest of the world, starting with apocalyptic shutdowns and bankruptcies, with collections (presented virtually) reflecting the dull and gloom of the time, and the emergence of loungewear on the runway.

But this year, new blood was injected in the industry as creatives returned with renewed vigour and enthusiasm, palpable in the colour palettes and the sheer theatrics of the collections. Red carpets were rolled out again, stages were brought to life, physical fashion weeks returned, and we learnt to slowly adapt to the ‘new normal’ we had been anticipating since last year. Business returned, shops opened, people wore heels and chic dresses again, and discussed things beyond the virus.

Hence, the sartorial moments from this year represent not just good design or a great ensemble, but something greater — the want and the urge to claw right back to our lives, to excitement and celebrations, and to dress up to live up again.

Now, with Omicron lurking again, time seems to have stuck in an ominous loop, but here’s looking at some of the most memorable moments in fashion this year to relive it and find optimism.

Amanda Gorman in her iconic red hairband for the Presidential inauguration

Some outfits go beyond just making a fashion statement. They become markers of a time in history, a moment bookmarked forever. For Joe Biden’s presidential inauguration, young poet Amanda Gorman’s red Prada hairband was one of those bookmarks as she recited On the Pulse of the Morning by Maya Angelou and established herself not just as a youth icon but also a sartorial force to reckon with.

The Sabyasachi x H&M collaboration divided the internet, and how! While some criticised the maverick artisan-centric couturier for collaborating with a fast fashion brand, others were disappointed with the breakneck speed at which everything sold out on all platforms. Sadly, this wasn’t the only controversy that Sabyasachi Mukherjee had to face this year.

ALSO READ |‘Designed an extensive range, so everyone could get something’: Sabyasachi on his collaboration with H&M

Raw Mango, whose aesthetic brilliance extend beyond its garments, received backlash on its campaign ‘Other’ which was a visible departure from the brand’s signature visual direction. While some lauded its experimental and daring nature, some declared it ‘haunting’, ‘bizarre’ and ‘disturbing’. Earlier, Raw Mango was at the receiving end of criticism for the unwisely timed release of its collection ‘Zooni’ that was shot in Kashmir.

Even though the Gucci family’s scathing statement on the movie made a dent on its expected glory and fame, Ridley Scott-directed House of Gucci joined the lexicon of iconic fashion movies. The story of decadence, betrayal, revenge and murder had a wardrobe to suit the sartorial legacy of Gucci that Lady Gaga brought with her offscreen for her promo tour and the premiere of the movie. Every look she donned cemented her fashion icon status, while the jury on her acting skills were still out.

Billie Eilish and Kim Kardashian at the Met Gala

Billie EIlish stole the show at the Met Gala (which returned after a year) in a Marilyn Monroe-inspired Oscar de la Renta gown. Kim Kardashian, too, continued her audacious experimentations as she donned what some called ‘dementor couture’ in a head to toe t-shirt look from Balenciaga that even covered her face. “What’s more American than a t-shirt head to toe?!” she wrote on her Instagram post referring to the Met Gala 2021 theme In America: A Lexicon of Fashion.

Sarah Jessica Parker’s iconic character Carrie Bradshaw made a comeback with a reboot of Sex and the City titled And Just Like That. The return, quite naturally, promised yet another trail of drool-worthy looks, but failed to bag the fashion scores. Now that people have seen it, however, they aren’t asking what Bradshaw is wearing, but why she didn’t call 911.

Victoria’s Secret, after years of facing criticism on promoting a homogenous idea of beauty and how an attractive lingerie model should look, made a refreshed comeback with new promises and brand ambassadors to “create revolutionary product collections, compelling and inspiring content, new internal associate programs and rally support for causes vital to women”, as per the post on its official Instagram account. People onboard the Victoria’s Secret Collective include Adut Akech, Amande De Candenet, Megan Rapinoe, Priyanka Chopra Jonas, Paloma Elsesser, Valentina Sampaio and Eileen Gu.

Also on the receiving end of the netizens’ wrath was Fab India for its campaign ‘Jashn-e-Riwaaz’, an Urdu phrase, as they slammed the brand for defacing the Hindu festival of Diwali and hurting the religious sentiments of many. The campaign, which the brand later stated was not their Diwali collection, was soon taken down and ‘Jhilmil si Diwali’ was launched.

Not only are Beyonce and Jay-Z posing in front of a rare Jean-Michel Basquiat painting ‘Equals Pi’, but also marking a moment in history as Beyonce became the first black woman to wear Tiffany’s 128.54 karat yellow diamond for its ‘About Love’ campaign which caused quite a stir on social media soon after. Basquiat’s friends and collaborators denounced the campaign saying ‘the commercialisation and commodification of Basquiat and his art is in opposition to what he stood for’ while the audience questioned Beyonce’s Audrey-Hepburn like get up and the diamond trade as a whole, as well.

Sabyasachi also faced flak for his Royal Bengal mangalsutra campaign featuring models in lingerie which some called ‘objectionable and obscene’ and ‘insensitive’. With hashtags such as #Sabyasachi_Insults_HinduCulture and #BoycottSabyasachi trending on Twitter, the brand was forced to take the campaign down. Also on the mangalsutra controversy bandwagon was Bulgari which was critiqued for cultural appropriation of a traditional adornment worn by married Hindu women.

Bella Hadid’s sculpted golden lungs overlaid with Swarovski crystals was all people were talking about when she came to the Cannes 2021 red carpet. Designed by Daniel Roseberry for Schiaparelli, it marked a new era in red carpet fashion, one that young fashion icons like Zendaya and Anya Taylor-Joy carry forward with grace and panache.

Everything the Spiderman actor wore to the many red carpets this year was an iconic moment worth remembering. The 25-year-old, who was honored with the CFDA Fashion Icon of the Year Award, has never had a dull moment, not with her wardrobe being bolstered by the likes of Roberto Cavalli, Balmain, Valentino, and the likes.

The fashion industry mourned the death of legendary designer Virgil Abloh, the founder of Off-White, whose creative brilliance and vision helped usher in a new era in fashion. Abloh, who was the first African-American designer without any classical design training to be made the artistic designer of a French luxury fashion house, was the creative director of menswear at Louis Vuitton and in July, had been promoted to work across LVMH’s 75 brands.

From Patralekhaa and Rajkummar Rao‘s wedding in Chandigarh to Vicky Kaushal and Katrina Kaif‘s hush-hush wedding ceremony in Rajasthan, the verdict for this year’s celebrity-favourite wedding designer was clearly in favour of Sabyasachi as both the brides opted for Sabyasachi looks for their pre wedding and well as post wedding ensembles.