Serena is clearly a nail enthusiast! Check it out here. 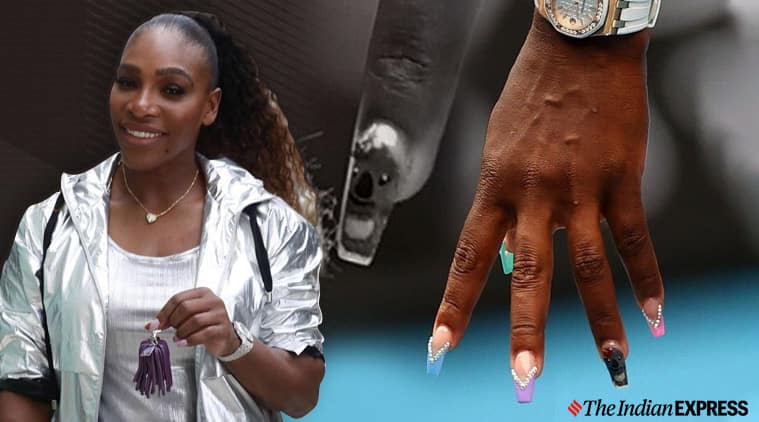 Serena sported a fresh manicure with a cute koala on her nails. (Photo: Twitter/ Designed by Gargi Singh)

As Serena Williams won the tournament opener at the Australian Open, she had fans rooting for her. However, it was William’s freshly manicured nails that caught their attention as well. In a heart-warming gesture, the former world number 1 was seen flaunting a koala-themed nail art as she played on the court against Anastasia Potapova, her Russian opponent in Melbourne Park.

The koala theme is a nod to the bush fires that flared up in Australia, wiping out at least a billion animals.

Earlier, on Instagram, she posting a picture stating how she was heartbroken over the catastrophe and urged her followers to donate to charities to aid the bushfire relief efforts.

I am heartbroken over the devastation of the wildfires in Australia. With the loss of over 500 million animals and many people left without their homes, we need to act now to help in whatever way we can. I have been going to Australia for over 20 years so this devastation is hitting me particularly hard. Here’s how we all can help: donate what you can and support organizations like @world_wildlife @wireswildliferescue @nswrfs @cfavic who are doing everything they can to provide resources to rehabilitate Australia’s wildlife. Photos via @kararosenlund and @wwf

What do you think of the gesture?