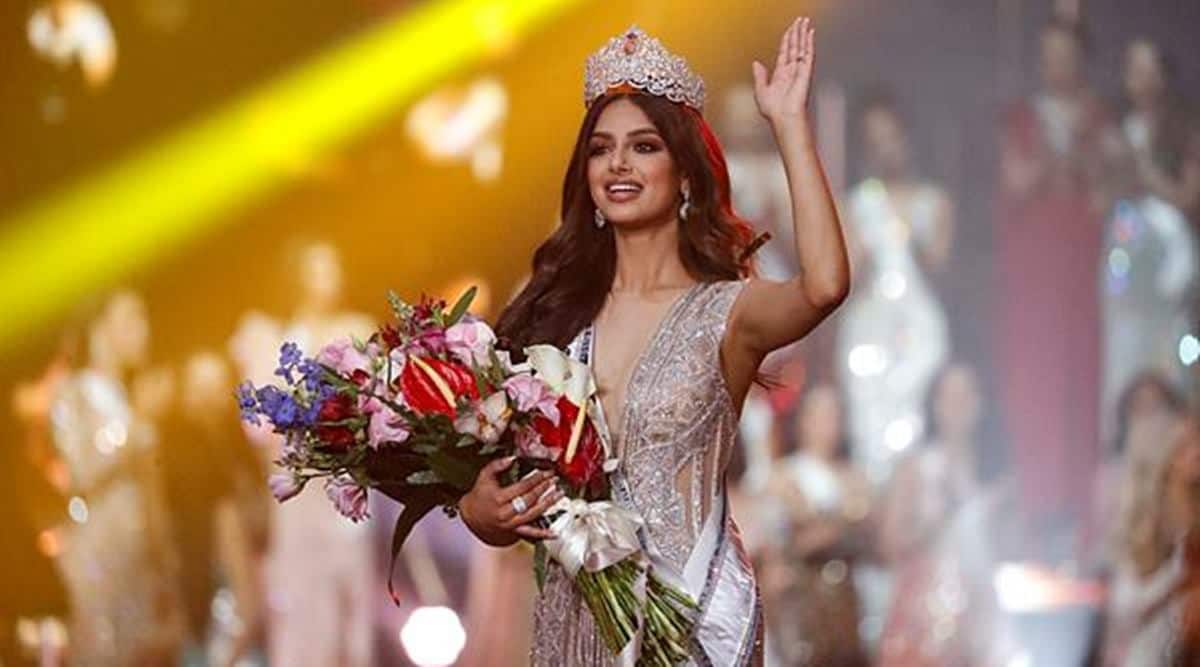 The Miss Universe crown was brought back to India after 21 long years by Chandigarh-born actor and model Harnaaz Sandhu, who strutted her way to victory with her quick wit and palpable confidence.

For the multiple competition rounds leading up to the finale, Sandhu, 21, was dressed in Indian designer finery — an intricately embroidered lehenga set, dazzling dresses, and finally, the gown that she opted for the finale event.

Saisha Shinde was tasked with designing a gown that could complement the prestige, history, and brilliance of the crown. Still basking in the excitement and joy of the win, Saisha, who is now the first Indian trans designer to dress an Indian Miss Universe, spoke with indianexpress.com on the details that went into making the dress, working with Sandhu, and designing for women as a woman. How does it feel to see your creation on Miss Universe?

I have been a pageant fan and nerd since forever. Last night, I had a viewing party with my friends, but the timing of the pageant was 5.30 am (available in India Voot Select). We were all so tired by the time it started, but the moment Harnaaz came qualified for Top 20, we were all just waiting for her to win, because I knew this girl was going to win when I met her for the first time. It is so strange; while it is her who won it but I feel like we all won, the team, because we worked so hard on her.

Can you tell us about the dress?

The decision that I was going to design the finale gown was taken way before Harnaaz was crowned. But I was rooting for her to win because I knew she had the potential. She is, after all, Miss India, and there’s a specific way Miss India dresses for an international pageant — quintessential, not too revealing, sharp, and sophisticated. So the basics were discussed way before even Harnaaz came in for fittings.

The work started a week before Miss Diva began. The selection of fabric, embroidery, and swatch development started 20 days ago. We have been making changes to the gown to perfect it, and right before she left the country, the gown was completely done, and we were all satisfied with it.

When I usually make gowns for Miss India and Miss Universe, I do like to have a little story of the girl in the gown, but at the same time it should not shout out loud that it’s got this inspiration; it should be subtle. Since she’s from Punjab, I took inspiration from the phulkari motif, which is both very symmetric and geometric, and there are a lot of linear lines in it, which I tried to incorporate in the gown. The gown is, of course, symmetric, but there is a mosaic-like pattern all over, along with linear lines to make her look taller. The colour was a controversial choice because everyone had an opinion on what the colour should be. But eventually we trusted Natasha Grover (brand operation head, Miss India organisation), and we zeroed in on a champagne silver.

I wanted an element of movement because Harnaaz’s walk has a unique sway, which is why we added crystal Swarovski chain tassels. And of course, there’s intricate hand embroidery with thousands of crystals. However, we also made sure we created a design wherein we are able to use the materials that are in the office and unused, rather than buying new. Harnaaz was very clear that she wanted to wear something that was sustainable. So we used unused elements in a way that it looked relevant and was not worn out. 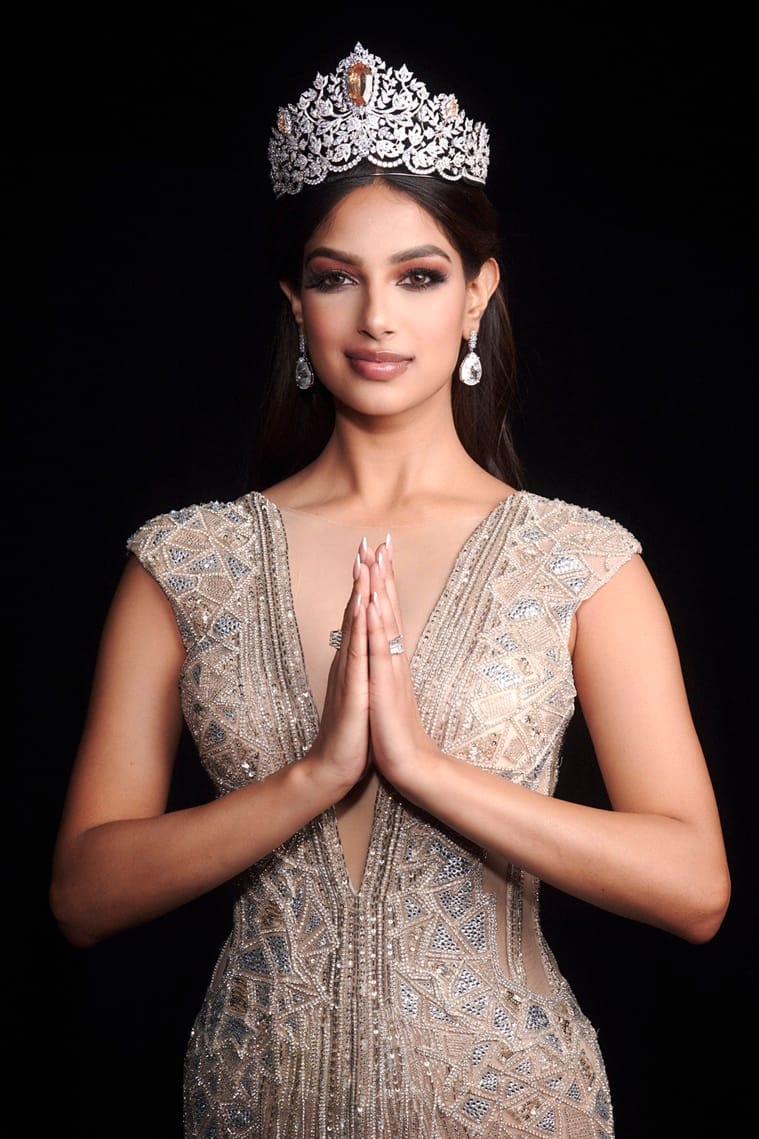 What was Harnaaz’s vision for the gown?

I have made gowns for about six-seven Miss Indias till now, and four for Miss Universe. But when Harnaaz came in for an initial discussion, she was almost in tears because she was like, “I have dreamt of this day, sitting with you and discussing my Miss Universe gown, and it’s actually happening!” And I was so touched because that is such a simple dream, and has such an intense emotion attached to it. That instant I knew this girl has something in her. She was so well-mannered, extremely humble, and had one-sighted focus. She said, “I trust you, and leave this completely to you,” and when a designer gets that sort of freedom, you feel amazing. And when she tried the gown for the first time, she cried saying, “This is my winning gown!”

This is the first time you are designing the gown for a pageant as a trans woman. How does it feel?