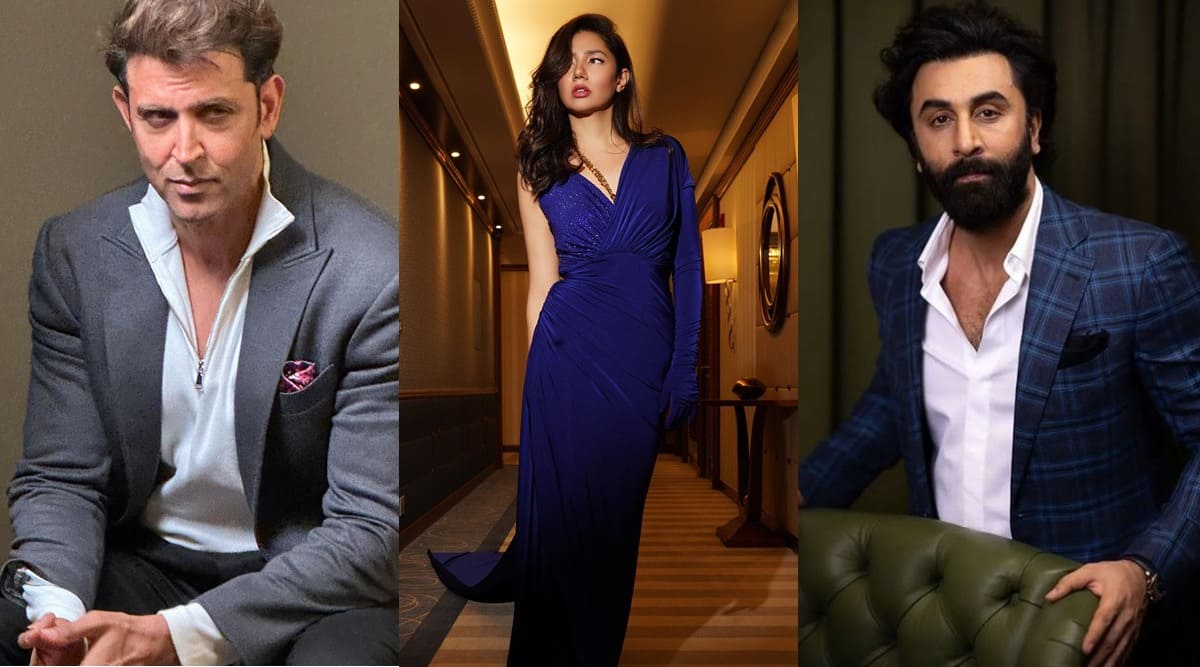 Hrithik Roshan, who is aptly known as the ‘Greek God’ of Bollywood, lived up to his title with a dapper look. He was seen wearing a white full-sleeved pullover under a sleek grey blazer. He paired this semi-formal look with a pair of black trousers.

“He can dance! He can sing, and make everyone sing and dance along with him,” Stellar Entertainment captioned aptly, as Hrithik broke into an impromptu dance performance at the event, enthralling the audience.

Also in attendance was the lovely Pakistani actor Mahira Khan, who made heads turn with her gorgeous look. Giving regal vibes, she opted for a night blue shimmery gown from Yousef Akbar – a sustainable and ethnic brand. The body-hugging velvet and sequin dress featured a plunging neck with one side featuring full sleeves with attached gloves. A gigantic floor-grazing train followed the dress as Mahira gracefully posed for the photographers.

Letting this stunning dress grab all our attention, she ditched all accessories and added the finishing touches with sleek eyeliner, shimmery eyeshadow, blushed and highlighted cheeks and glossy pink lip colour.

New dad Ranbir Kapoor sported a rather rugged look at the film festival with overgrown hair and a beard. Talking about fashion, he wore a checked blue tuxedo with a crisp white shirt underneath. He rounded off this look with a wristwatch and his inimitable style.

BJP MP introduces UCC Bill in RS amid protests; Oppn calls it Govt move to ‘test the waters in a dangerous game’