This, however, was not the first time this year that the leading fashion luxury brand was involved in such a controversy. 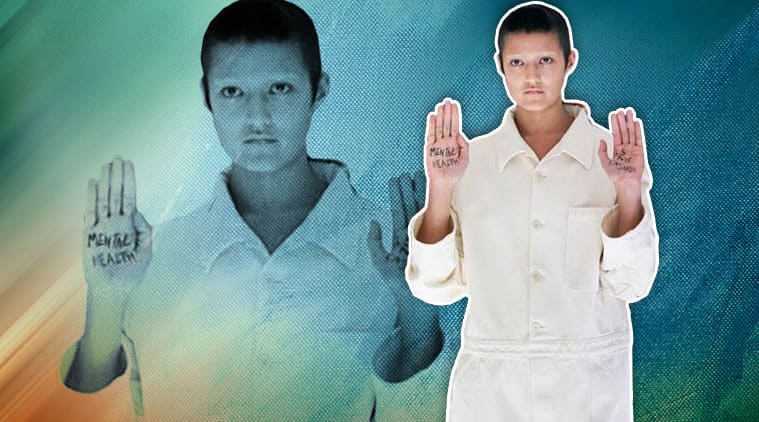 Tan-Jones — who identifies as non-binary — walked along with other models, dressed in a white jumpsuit that resembled a strait jacket. (Source: Instagram @ayeshatanjones; designed by Rajan Sharma)

“Mental health is not fashion,” read the message written on model Ayesha Tan-Jones’ palm, as they walked the ramp — hands help up in protest — in a Gucci show at the Milan Fashion Week. Tan-Jones — who identifies as non-binary — walked along with other models, dressed in a white jumpsuit that resembled a straitjacket.

Typically, this piece of garment brings to mind the image of a restrained person, who may cause harm to themselves or others. As instruments of torture, straitjackets go back to the Victorian era, when physical restraint was used as a mental illness treatment.

Tan-Jones later took to Instagram and wrote, “I want to use this opportunity to remind people that this sort of bravery, is only a simple gesture compared to the bravery that people with mental health issues show everyday (sic).”

“Many of the other Gucci models who were in the show felt just as strongly as I did about this depiction of straightjackets, and without their support I would not have had the courage to walk out and peacefully protest. Some have chosen to donate a portion their fee, and I 100% of mine, to mental health charities, who are doing amazing work for people today! (sic)” they wrote.

Tan-Jones also shared a video from the show and wrote, “As an artist and a model who has experienced my own struggles with mental health, as well as family members and loved ones who have been affected by depression, anxiety, bipolar and schizophrenia, it is hurtful and insensitive for a major fashion house such as Gucci to use this imagery as a concept for a fleeting fashion moment.”

While Gucci said the designs were meant to “represent how through fashion, power is exercised over life, to eliminate self-expression”, and that the clothes “were a statement for the fashion show and will not be sold”, Tan-Jones said it was “in bad taste for Gucci to use the imagery of straitjackets and outfits alluding to mental patients, while being rolled out on a conveyor belt as if a piece of factory meat.”

This, however, was not the first time this year that the leading fashion luxury brand was involved in such a controversy.

In February, it faced a backlash for introducing a black balaclava jumper that many found offensive. It was later withdrawn from the market. In May, Gucci was accused of cultural appropriation for a $790 headpiece that looked like a Sikh turban.