Kering chair and CEO Francois-Henri Pinault added that “the road that Gucci and Alessandro walked together over the years is unique and will remain an outstanding moment in the history of the house.” In the largest creative shake-up of a fashion brand since the COVID-19 pandemic, Gucci announced Wednesday that Alessandro Michele, its creative director, was leaving the company.

Michele, 49, a Rome-born designer who took over the top job in 2015, had been instrumental in transforming Gucci, seemingly overnight, from a fading symbol of noughties glamour into a purveyor of eccentric inclusivity that embodied the wider cultural conversation around gender, sexual identity and race.

Also Read | ‘The Hours’ gets dressed for the opera

His new vision for the brand rippled through the fashion industry and made tens of billions of dollars for Kering, the French luxury conglomerate that also owns Saint Laurent and Balenciaga, among other brands. It was Gucci, however, that was responsible for the bulk of group profits, earning almost 10 billion euros in revenue in 2021 — and it was Michele and Gucci’s CEO, Marco Bizzarri, who were credited with the success.

At least as long as it was a success. Lately, however, the once unstoppable growth had started to slow. And although Michele had tried to expand Gucci’s reach via restaurants, the metaverse and collaborations with Adidas and Harry Styles, the basic offering began to elicit yawns rather than desire. On Wednesday, 20 years after he joined the company, Gucci confirmed in a statement that Michele was stepping down and would be leaving the company.

“There are times when paths part ways because of the different perspectives each one of us may have,” Michele said in a characteristically florid statement that also gave thanks to Gucci’s employees. “Today, an extraordinary journey ends for me, lasting more than 20 years, within a company to which I have tirelessly dedicated all my love and creative passion.”

Kering chair and CEO Francois-Henri Pinault added that “the road that Gucci and Alessandro walked together over the years is unique and will remain an outstanding moment in the history of the house.”

The Gucci design team will continue to produce collections until a successor is announced, the statement said.

Speculation about his departure, which was earlier reported by Women’s Wear Daily, prompted an initial boost to Kering’s share price when markets opened Wednesday, with analysts noting that a new designer could help to revive sales.

“Gucci is suffering from brand fatigue, and consumers who bought early, particularly the Chinese, got bored first,” Luca Solca of the research firm Sanford C. Bernstein, said in a note to investors, stressing the importance of China to the Western luxury market and Gucci in particular (with the country responsible for more than one-third of all sales).

“In order to re-accelerate, it needs to open a new creative chapter,” he said. “We should credit Kering for knowing what they are doing, given they systematically and successfully revived faded brands in the past.”

Michele’s tenure at Gucci being a case in point. He joined the brand in 2002 as an accessories designer and was almost entirely unknown outside the company when Bizzarri named him creative director, allowing him free rein over not just the products, but the stores, campaigns and communications.

Also Read |Alessandro Michele steps down as Gucci’s creative director; a look at his ‘extraordinary journey’

His magpie aesthetic, which ranged freely across time periods, reference points and conceptions of beauty, seemed perfectly calibrated for the more democratic social media age. His shows were hodgepodges of muchness — jewelry and eyeglasses and bags and clothes — that celebrated character over chic. His long hair and beard gave him the mien of a counterculture guru (his propensity for quoting Michel Foucault and Roland Barthes in his show notes helped), and fashion practically treated him as such, especially once the numbers started ticking up.

A year ago he held his first live show since the pandemic began in the middle of Hollywood Boulevard, with Gwyneth Paltrow, Dakota Johnson and Billie Eilish (who often wore Gucci in public) in attendance and Jared Leto on the catwalk. His most recent show at Milan Fashion Week, an ode to identical twins, was one of the most heralded of the season.

But unexpected and unsentimental change at the top has become something of a pattern at Kering. This is the third time that Pinault has made a sudden shift in the direction of his marquee brand. The first time was in 2004, when he parted ways with Tom Ford and Domenico De Sole and the second, in 2014, when he fired designer Frida Giannini and the CEO, Patrizio di Marco. 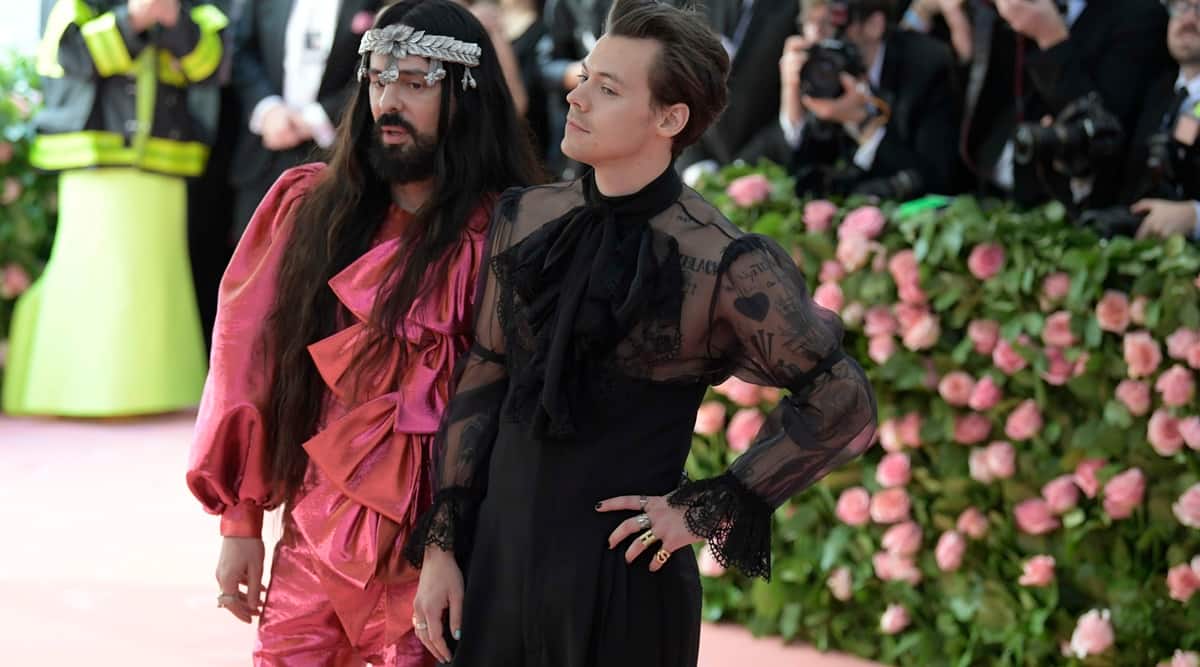 He notably shocked the fashion world when he named upstart designer Demna as artistic director of revered Balenciaga in 2015 (that turned out to be a prescient decision) and then shocked it again last year when he announced the surprise departure of Daniel Lee at Bottega Veneta after a successful, if only three-year run.

Michele’s exit also follows a renewed game of musical chairs in the luxury fashion industry, which is still recovering from the fallout of the COVID-19 pandemic on its sales and supply chains.

In September, Burberry announced that Lee would be its new creative director, replacing Riccardo Tisci. He, in turn, had been replaced at Bottega Veneta by his design director, rising star Matthieu Blazy. This month, Tom Ford sold his namesake brand to Estée Lauder. And then Raf Simons, the Belgian designer and co-creative director of Prada alongside Miuccia Prada, said he was shuttering his small but highly influential namesake label after 27 years, signaling the challenges to independent names. Rumors continue to grow that Phoebe Philo, the former Celine designer, will introduce a new brand some time next year.

Now focus will turn to what happens next with Gucci — just how much head-spinning change comes next — and whether Bizzarri will also depart. The brand is scheduled to reveal its next men’s collection in Milan in January. As always, the show will go on.