The gown also featured in the film's first teaser trailer 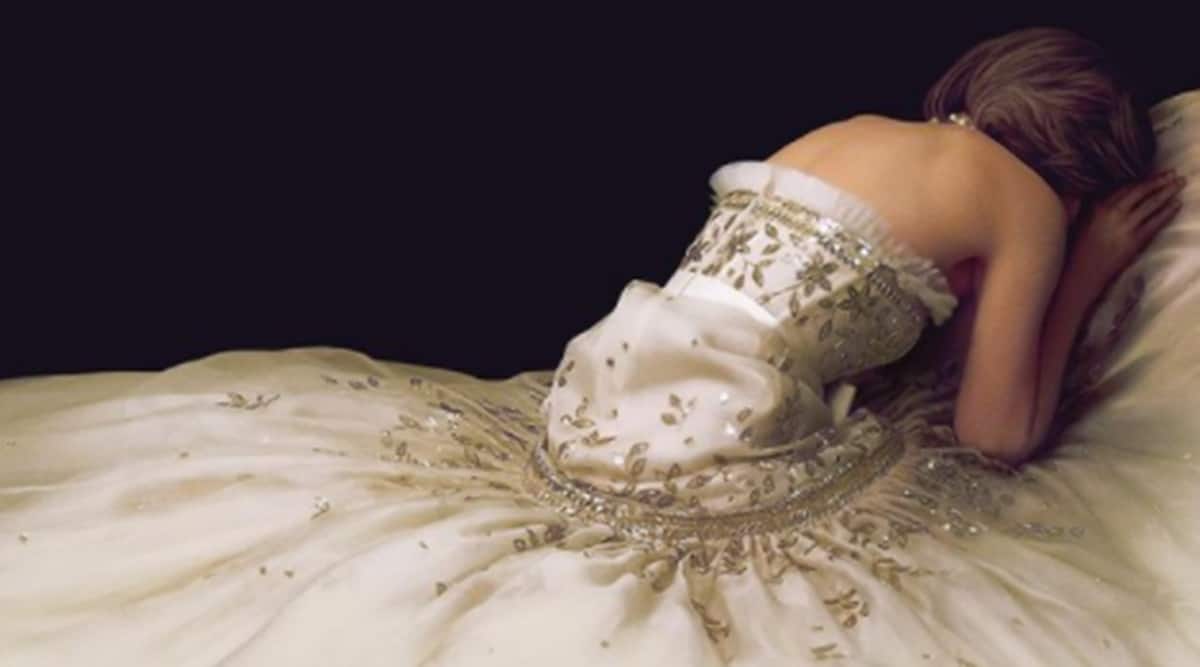 The Chanel gown features on the first official poster of the movie Spencer. (Source: topicstudiosofficial/Instagram)

A Vogue Paris report shared that the dress by Chanel is a recreation of a Spring/Summer 1988 Haute Couture show gown. It is an evening gown in organza, featuring gold and silver sequins on the bodice that form fine floral branches.

The gown’s neckline is adorned with delicately pleated tulle flounce, highlighted with sequins and a satin band, according to the outlet. A satin bow also encircles the dress on the front while the skirt, fitted to the hip, unfolds into thousands of ruffles and gathers.

The embroidery was originally created by Lesage. Turns out, it took almost 1,034 hours for work, including 700 for the embroidery alone.

See Pics |Remembering the Princess of Wales’ most iconic looks

The gown also featured in the film’s first teaser trailer.

Stewart’s film is set around a weekend in December 1991 when Princess Diana joined the royal family for Christmas and decided to leave her marriage with Prince Charles. Spencer premieres at the Venice Film Festival.

US funding tapped for Pacific undersea cable after China rebuffed