Iconic fashion designer Hubert de Givenchy, known for styling greats such as Audrey Hepburn and credited for creating the most famous 'little black dress', died in his sleep on Saturday, according to reports quoting his partner Philippe Venet. French fashion designer Hubert de Givenchy, who is known for styling Audrey Hepburn and Jackie Kennedy, died at the age of 91, according to reports quoting his partner Philippe Venet. “It is with huge sadness that we inform you that Hubert Taffin de Givenchy has died,” a statement said to AFP.

Credited with the creation of the most famous ‘little black dress’, Givenchy was known for his restrained style and chic yet conservative cuts in the 1950s and 1960s. Former haute couture designer and his partner Venet reportedly announced his death through the Givenchy fashion house, saying he died in his sleep on Saturday.

The French aristocrat founded the House of Givenchy in 1952, and his passing has led to a huge hole in the international fashion landscape. Count Hubert James Taffin de Givenchy was best known for dressing his friend and muse Audrey Hepburn, especially in the films Breakfast at Tiffany and Funny Face.

The artistic director of Givenchy, Clare Waight Keller, said on her official Instagram account she is “deeply saddened by the loss of a great man and artist I have had the honor to meet.”

Based out of Paris since the age of 17 where he studied at the Ecole des Beaux-Arts, the designer was born as the younger son of the marquis of Givenchy Lucien Taffin de Givenchy and his wife Beatrice on February 21, 1927.  His design journey started in 1945, he went on to work for Pierre Balmain, Christian Dior and Elsa Schiaparelli, before starting his own label in 1952. In this July 11, 1995, file photo, French designer Hubert de Givenchy is applauded by his models after his 1995-96 fall-winter haute couture fashion collection in Paris. (Source: AP)

“Mine is one of the most beautiful professions in fashion: making others happy with an idea,” the designer had said at the opening of the Hubert de Givenchy exhibition at the Museum of Lace and Fashion in Calais, in 2017. His designs are known for their innovation and simultaneously classic quality.

Timeless and clean are signatures of the Givenchy brand, which is why his creations have always been a huge favourite with women in high positions of power, such as the Queen of England Elizabeth II, Princess Grace of Monaco, the Duchess of Windsor, Jacqueline Kennedy (of course), Jane Fonda and Babe Paley, among other world dignitaries. 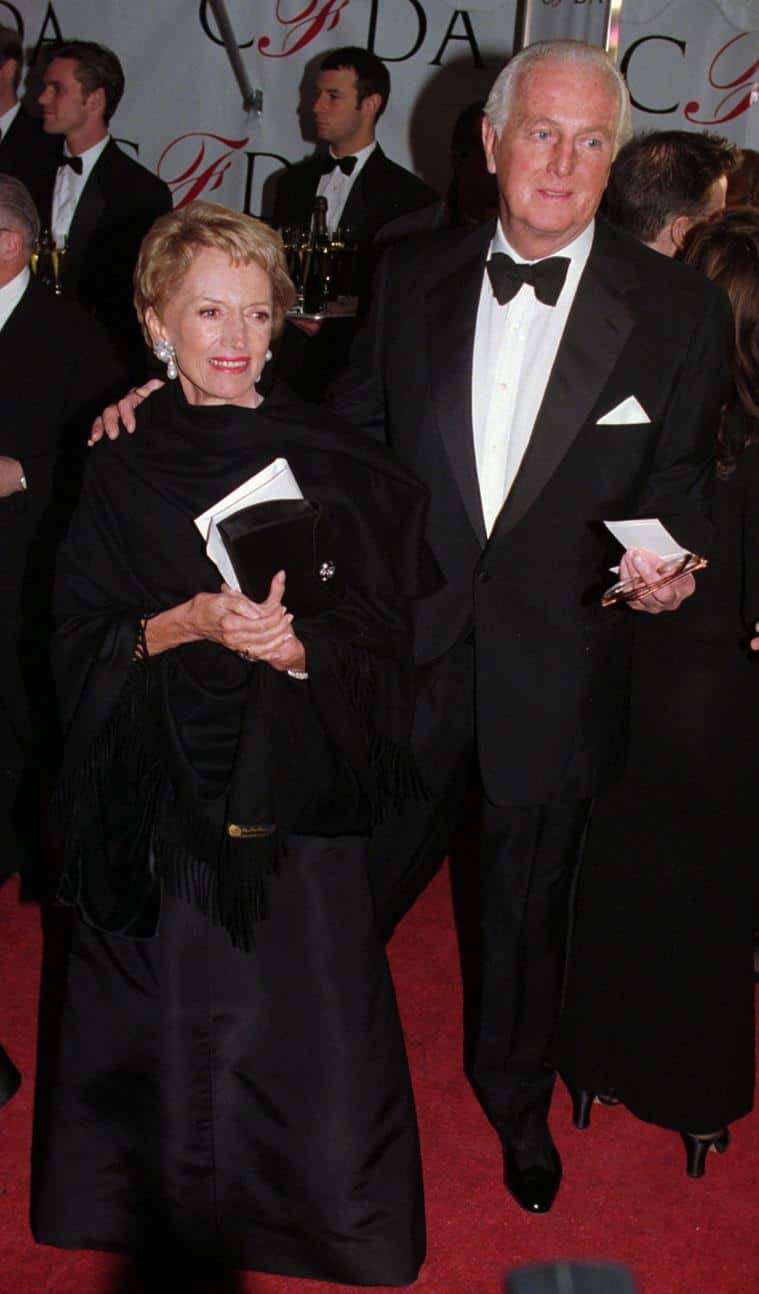 In this February 12, 1996 file photo, Hubert de Givenchy at the Council of Fashion Designers of America 1996 Awards Gala at Lincoln Center in New York. (Source: AP)

On Monday, the announcement was made by the French news agency AFP. Soon after, the official Twitter account of the label, which is now owned by LVMH Moët Hennessy Louis Vuitton, tweeted: “The House of Givenchy is sad to report the passing of its founder Hubert de Givenchy, a major personality of the world of French Haute Couture and a gentleman who symbolized Parisian chic and elegance for more than half a century. He will be greatly missed.”

The House of Givenchy is sad to report the passing of its founder Hubert de Givenchy, a major personality of the world of French Haute Couture and a gentleman who symbolized Parisian chic and elegance for more than half a century. He will be greatly missed. pic.twitter.com/xapm0zSwDy

He is survived by his partner Venet, his nephews and nieces, and their children. According to local media reports, the family is planning a private funeral and has requested that instead of flowers, donations be made in his name to UNICEF.

Decoded – What makes you a social networking addict