From flats to stilettos: Exhibit explores what shoes reveal

''Shoes: Pleasure and Pain,'' an exhibition opening Saturday at the Peabody Essex Museum in Salem, Massachusetts, examining the history and cultural relevance of what we strap to our soles. 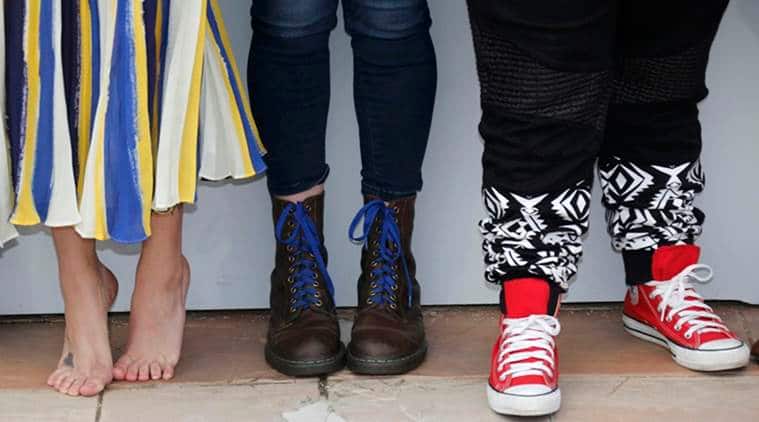 ”Shoes: Pleasure and Pain,” an exhibition opening Saturday at the Peabody Essex Museum in Salem, Massachusetts, examining the history and cultural relevance of what we strap to our soles. “

Boots aren’t just made for walking. On the contrary, footwear has captivated hearts and minds worldwide for centuries. Whether a pair of crystalline embellished slippers, or thigh-high boots with platform heels, shoes show our personalities, moods and social status. That’s the premise behind ”Shoes: Pleasure and Pain,” an exhibition opening Saturday at the Peabody Essex Museum in Salem, Massachusetts, examining the history and cultural relevance of what we strap to our soles. “We’re all born with bare feet and shoes facilitate our movement, but shoes also reveal our identity,” said Lynda Roscoe Hartigan, coordinating curator for the exhibition.

The show, organized by the London-based Victoria and Albert Museum, is comprised of boots, slippers, pumps, loafers and sandals from around the world dating to the 17th century. Through our shoes, Roscoe Hartigan said, we all project ”certain aspects of power and authority” even if those messages are subliminal. One classic example of affluence and power wrapped into a shoe is the high heel. Yet, functionality and comfort are often overlooked in their design. In 1993, supermodel Naomi Campbell made headlines when she stumbled on a Paris runway during Fashion Week. The Vivienne Westwood platforms Campbell was wearing a pair of cobalt blue, mock crocodile skin shoes with 9-inch heels became icons overnight. They’re now part of the Salem show.

Also on display are several pairs from high-end retailers such as Jimmy Choo, Christian Louboutin and Manolo Blahnik, made famous by the HBO series ”Sex and the City.” One pair of men’s golf shoes by Prada is covered in brightly colored rhinestones. ”You would never assume they’re something men would play golf in,” Roscoe Hartigan said.But this exhibition is more than just a display of exclusive footwear. There are shoes used for foot binding, an ancient Chinese custom in which a girl’s four toes were tucked beneath the foot in an effort to prevent growth. One pair of silk, cotton and metal-wrapped lotus shoes is just 4 inches long.

Until the 1600s, shoes were made to fit an individual a process that could involve up to 200 stages of construction. By mid-century, Europe’s middle class population exploded and ready-to-wear shoes became available. On display are shoe lasts wood or plastic forms used by shoemakers from the late Princess Diana, Charlie Chaplin and other celebrities. ”The whole thing is pretty amazing,” said Faith Kreider, of Newton, Massachusetts, who viewed the exhibition. “There’s a wide variety of footwear down through the ages.” ”Shoes: Pleasure and Pain” runs through March 12, 2017.