Why your next trip might be more expensive than your last

We looked into travel’s murky crystal ball to find out how prices will fare in the future. 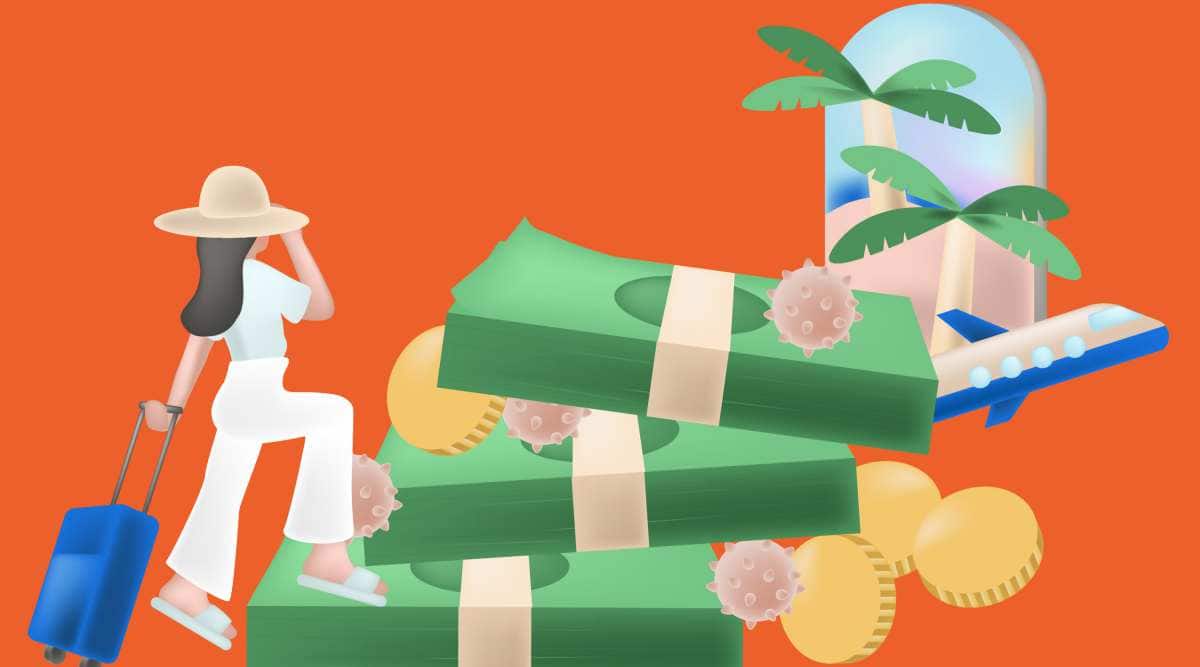 The cost of travel climbed this summer, but the Delta variant is weighing on demand. (Source: Ka Young Lee/The New York Times

When it comes to travel, consumer confidence is sagging. Destination Analysts, a marketing research firm, has been surveying 1,200 Americans weekly about their travel sentiments since March 2020 and by Aug. 9 found that optimism had crashed 40 per cent since early June, with only 20 per cent of respondents feeling optimistic — a year-to-date low. The majority still believed that road-tripping, outdoor activities and dining out were safe, but less than half considered flying, visiting an indoor attraction like a museum or taking an Uber safe.

Fall has traditionally been the season when leisure travel slackens, triggering lower shoulder season rates. Last year, virtual schooling and work-from-anywhere office policies extended the summer strength for many vacation destinations. Now, with rising vaccine rates, will flexible schedules continue to allow travellers to change their Zoom backgrounds this fall, or will fear of the delta variant and in-person work or learning curtail it?

We looked into travel’s murky crystal ball to find out how prices will fare in the future.

Airfares took off this summer, as domestic travellers returned to the skies in force. The Consumer Price Index, a monthly measure of the change in average prices paid for consumer goods, showed that airline fares rose 7 per cent between April and May, after a nearly 3 per cent increase in June. They stabilised, down 0.1 per cent, in July.

But as travellers consider the threat of the delta variant, many are canceling their plans. Southwest Airlines, in a recent regulatory filing, said leisure traffic and fares were above July 2019 levels, but downshifted its outlook for third quarter profitability, stating, “The company has recently experienced a deceleration in close-in bookings and an increase in close-in trip cancellations in August 2021, which are believed to be driven by the recent rise in COVID-19 cases associated with the delta variant.”

While many had predicted a comeback for business travel in fall, coronavirus variants may stall that recovery, putting more downward pressure on airfares. United Airlines, for instance, plans to operate 26 per cent fewer flights in the third quarter than the same period in 2019.

In keeping with pre-pandemic patterns, booking app Hopper is predicting that fall leisure airfares will ease back as leisure travellers figure out how to vacation with the virus. It expects a 10 per cent drop in domestic airfares in the fall, a figure in line with 2018 and 2019 patterns, and forecasts the average domestic round-trip ticket at $260, compared with $288 this summer.

In some popular leisure destinations, hotels didn’t just match pre-pandemic levels of activity; they exceeded 2019 figures. That pushed rates to $141 on average nationally for a night in a hotel room over the past month, according to lodging analyst firm STR, compared with $100 last August and $135 in the same period in 2019.

The popularity — and expense — of leisure destinations that travellers can drive to “looks to continue to fall,” said Christopher K. Anderson, a professor of operations management at Cornell University’s hotel school.

Normally fall business travel picks up where summer leisure travel falls off. But many experts think the delta variant may slow the progression to in-person meetings and events.

“I expect regions that historically depend on a lot of business travel and a lot of international leisure travel, like New York City, will still be very soft demand- and price-wise in late 2021 through 2022,” Anderson said.

While deals remain in the largest US cities, Hopper advises looking for extra last-minute price cuts, indicating that rates are down on average 13 per cent two weeks from check-in.

If you’ve tried to book a vacation home at the beach or in the mountains in the United States this summer, you’ve probably already experienced sticker shock, as prices on average nationally were up 20 per cent, compared with 2019 rates, according to AirDNA, which analyses short-term rental markets.

In popular places like Park City, Utah, and around Joshua Tree National Park in California, rents went up 50 per cent.

In July, short-term rental occupancy hit 84 per cent in the busiest destinations, including Myrtle Beach and Cape Cod, Massachusetts. The average rate among rentals — which run the gamut from shared rooms to mansions — was $294 in July, up 21 per cent, compared with July 2019.

Beach and resort destinations like these are “the types of destinations that short-term rentals are great at accommodating,” said Jamie Lane, head of research for AirDNA, noting that urban rentals remain down 30 per cent to 35 per cent, compared with pre-pandemic demand. Some, such as Boston and Los Angeles, are off 50 per cent.

“It looks like the rise of the delta variant will delay the recovery in urban locations, but we don’t expect much impact in the rest of the country,” Lane said, noting that vacation rentals converted many new travellers during the pandemic who sought more space and more amenities for longer stays.

The numbers, said Vered Raviv Schwarz, president and chief operating officer of Guesty, show “that consumers are willing to travel amid the threat of exposure to variants, and pay more in the process,” driven by pent-up demand for travel.

Over the summer, whether you wanted to rent a car or take an Uber, transportation costs climbed.

Rental car rates jumped 73 per cent between July 2020 and 2021, according to the Consumer Price Index, as agencies that had shed their inventory at the onset of the pandemic were hard-pressed to replenish it when travelers returned.

Now, with summer vacations ending, prices are returning to earth. I recently rented a car for a weekend in Los Angeles in September for $133, in line with pre-pandemic prices.

But Jonathan Weinberg, founder of Autoslash, a service that searches for cheap rental rates, said “the reasonable pricing expected in the fall and winter is not likely to last,” citing cars in circulation that are approaching high mileage levels and would need to be sold. Replenishing them may remain a challenge based on semiconductor supplies used in cars for things like brake sensors and parking cameras.

Ride-hailing platforms such as Uber and Lyft are more expensive this summer, too, in part because some drivers don’t want to return to the road, citing health concerns. To entice them, the services raised their fares through surge pricing used at high-demand times.

According to Rakuten Intelligence, which analyses purchases from more than 1 million online shoppers, year-over-year cost growth for ride-sharing was up 26 per cent in July 2021.

Until drivers come back, one way to avoid surge pricing is to try a service that doesn’t charge it. These include traditional taxis, which have their own apps, including Curb; ride-share startup Holoholo, which operates on five islands in Hawaii; and Wingz, which offers airport rides and other services in more than a dozen U.S. cities, including San Francisco and Dallas.