An HR manager in an information technology company, the work from home facility, due to the COVID-19 pandemic, came in handy for her to reach her goal during the trekking season, which started in mid-June 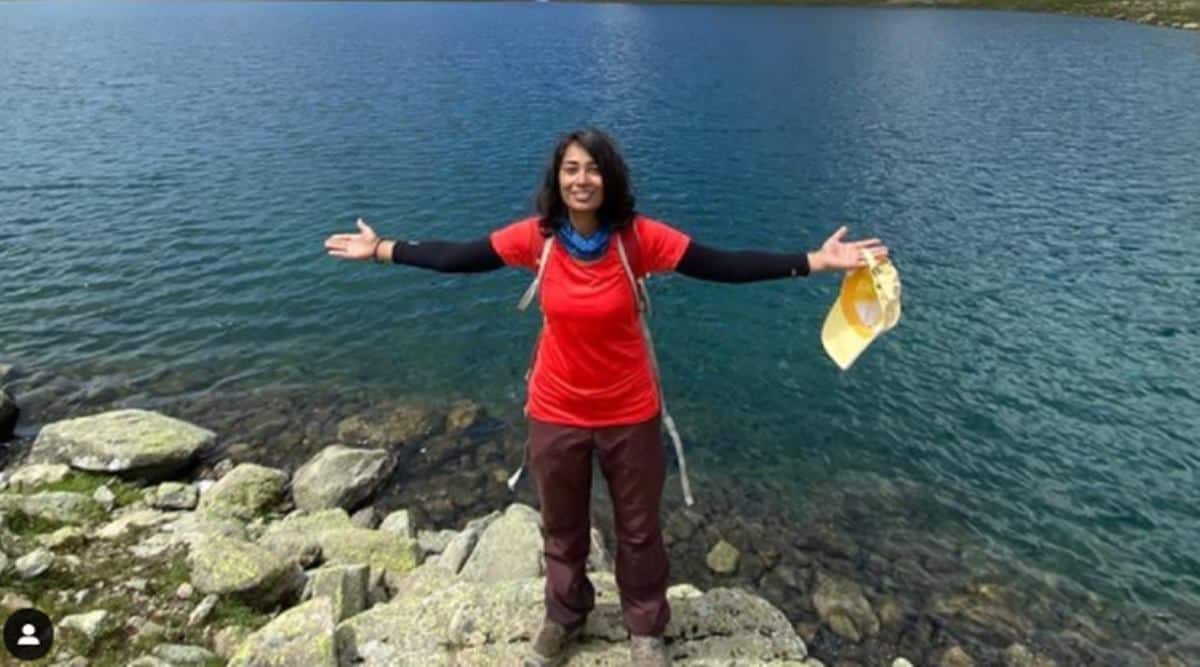 Today Nandish, after performing several solo trips to Alpine lakes, feels that she is a much more confident woman. (Photo: Instagram/@namrathaurs)

Braving arthritis, a Bengaluru woman created a record of sorts by trekking to 50 high-altitude lakes, located about 10,000 feet above sea level, in Kashmir within a span of four months, earning the sobriquet of ‘Alpine Girl’.

Probably the first female to trek to these high-altitude lakes, Namratha Nandish, who stays in the Bengaluru’s Bellandur area, started with Tulian Lake, which is sandwiched between the Pir Panjal and the Zanskar mountain ranges in South Kashmir’s Pahalgam area, and concluded with Shilsar Lake in the higher reaches of the Anantnag-Kishtwar area.

Alpine lakes are located above 10,000 feet from sea level.

ALSO READ |‘We saw the sun rise from under our feet’: Everest Twins Tashi and Nungshi Malik

“Nothing was predetermined. It all started with an idea of my husband, Abhishek, adding a visit to Srinagar in the previous winters. He wanted to see the frozen Dal Lake,” says Nandish.

The couple embarked on their journey to the Kashmir Valley on January 26 and checked into a local hotel.

“I had done my homework and had decided to trek 33 lakes during the season as a birthday gift to myself,” Nandish, who turned 33 this year, told PTI here.

An HR manager in an information technology company, the work from home facility, due to the COVID-19 pandemic, came in handy for her to reach her goal during the trekking season, which started in mid-June.

“Work hard and play hard. On my weekends, I packed my bags and joined a trekking group to achieve my goal which started with Tulian Lake,” she said.

Her local trek leader Syed Tahir, who accompanied her to most of the lakes, recalled his meeting with the Bengaluru women.

Tourists come here and want to do a long trek of three to four days but here was a woman, who had set a goal for herself, even before the start of the season, Tahir, an expert trekker, said.

“When I interacted with her and she told me her dream, I normally asked whether she had any medical condition. Moment she told me about some kind of arthritis problem in her knee, my eyes virtually popped out in surprise but all my apprehensions faded on seeing her determination,” he told PTI.

Tahir has been working in the trekking industry for nearly a decade.

“Undoubtedly, she will be the first female who has completed 50 lakes in one season as no one has been able to achieve this kind of feat to the best of my memory of covering 50 Alpine Lakes in one season spread across the Kashmir valley,” he said.

Mantasha Rashid, a Kashmir Administrative Service officer who runs a trust ‘Women’s Collective said, “Namratha is an inspiration to women. Despite living in a place with mountains and lakes, most Kashmiri women are not much into sports like trekking, mountaineering or swimming.”

“At our voluntary women’s initiative, we have been promoting outdoor activities for women and coming across Namratha was such a motivating moment,” Rashid said.

Nandish feels nostalgic as she packs her bags for her return journey to her hometown but is happy that she is being referred to by the trekking community as ‘Alpine Girl’.

“I have trekked around 460 kms over 31 days during this year’s season and that too when I had a full-time job at hand,” she said.

She said she wanted to do only 33 lakes as a birthday gift to herself but then “yeh dil mange more (the heart desires for more), I decided to reach the feat of 50 lakes.”

Nandish, who was a hesitant traveller to Kashmir initially, is now reluctant to leave. “The people are so hospitable and warm here that I want to spend more and more time with them. I don’t feel like going as the people here made me feel one among them,” she said.

Today Nandish, after performing several solo trips to Alpine lakes, feels that she is a much more confident woman.

“During my last visit I suffered Acute Mountain Sickness (AMS) as the height was around 13,000 feet at Murgan top. But then my inner strength and support of Tahir and my family made me achieve it.

She, however, carries a regret that not many women are involved inthe trekking business in the Kashmir valley and also agreed with the thoughts shared by Mantasha that more and more participation should be encouraged.

“Kashmir is a wonderful tourist destination and involving more and more women as guides to trekking groups would definitely increase the number of women visitors into the valley and this can become an alternative business for the local women in the valley,” she opined.