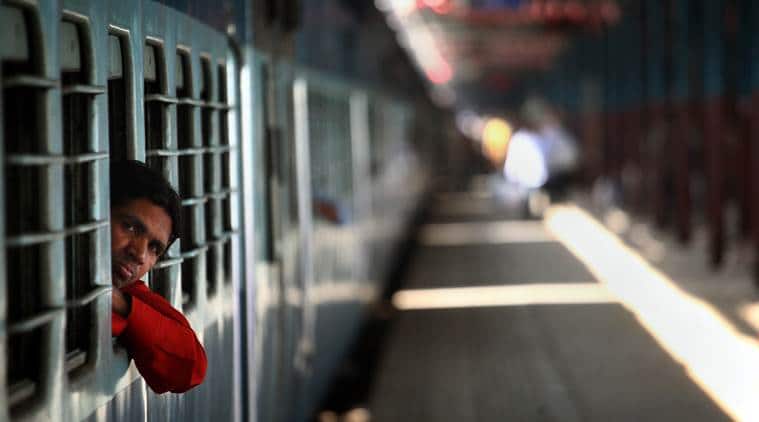 A passenger waits for the train at the Old Delhi Railway Station. (Source: Express photo by Oinam Anand)

It was a tradition for my father to drop me off at the station before my train journeys. It began a decade ago, ever since I started travelling alone. But that valet service is now reserved for significant trips only. So, on a late October morning, when I was about to embark on my childhood dream of travelling across the country in trains, he rolled out his trusted Activa to drop me to Chennai Central. Yes, you read that right: travelling in trains, mostly in sleeper compartments, one after the other, across India, with no strings of sightseeing attached.

Why would anyone want to do that? For most people, the journey is about the destination. But I have been crazy about trains ever since I can remember. My father and his elder brother share the same obsession. My earliest memory is of my parents taking me to railway stations and tricking me into eating food on the pretext of watching trains. My childhood photographs has me, a toddler, at various locations of the (now UNESCO World Heritage) Nilgiri Mountain Railway, or in front of steam locomotives in Tiruchi and meter gauge trains of then Madras.

In 1999, I read Jules Verne’s Around the World in 80 Days. I was in Class V and it made me long for such adventures. The years spent hero-worshipping Phileas Fogg and being obsessed with the Indian Railways ended up in a 12-day sojourn across India, on trains.

As a tribute to my home city, Chennai, I wanted to start and end at two of its iconic stations: Central and Egmore. The idea was to go from one end of the country to another, and I started off with the Coromandel Express, a 1,663 km ride in a sleeper compartment to Howrah.

It was never going to be about solitude. In sleeper coaches, waitlisted passengers, even ticketless travellers, are likely to take your seat if you don’t claim it. They clogged every possible space available, and fitted into narrow berths. To add to the existing chaos was the music from the acoustically-challenged Chinese mobile phones, which every second passenger had. At least I knew Hindi and bargained for some peace, but the only lady in my bay — a senior citizen Telugu lady — felt endangered. It was only when I spoke on my phone in Telugu that she felt relieved. There was also the outgoing Deepak, who loved conversations whenever he didn’t break into an impromptu singing session. First, however, you had to satisfactorily answer two questions: Tumaar jaat ki? Tumaar graam ki? (What is your caste? Where is your village?) 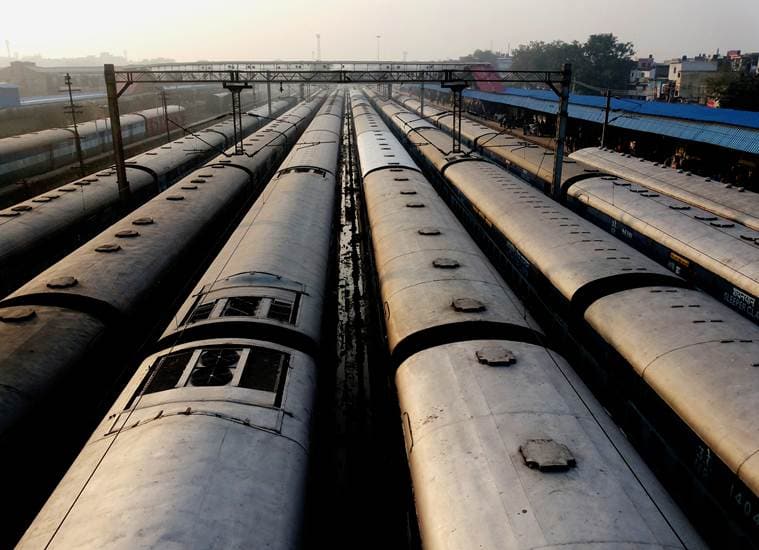 The old terminal at the Howrah station took me back in time – October 25 1872, to be precise. That’s when Fogg and his trusted butler Passepartout had got there after saving the widowed Aouda from sati in Vernes’s novel. Renowned for its distinct cuisine, the city’s biryani with potato commands the utmost loyalty, although it was strange to see its Hyderabadi counterpart being served at the terminal.

From Howrah, I took the Saraighat Express to Guwahati. To get to Guwahati through the chicken’s neck on any form of land transport, one must cross the mighty Ganga and the bountiful Brahmaputra. It was pitch dark as we crossed the Farakka Barrage. But even if I could not see, the sound of the water gushing through the 27 gates of the 44-year-old barrage gave you the freedom to imagine the might of the rivers.

For an average south Indian, the idea of a river is a dry and baked riverbed. The occasional flow of the river that is heavily reliant on the monsoon gives some cheer when there are no heated contests of river water sharing hogging the limelight.

Assam was initially connected by meter gauge rail, before the conversion to broad in the early 1990s. The gauge conversion meant quicker transport; hence, the stations have a prefix to display that — New Bongaigaon, New Jalpaiguri, New Cooch Behar.

From Guwahati, I took another train to Delhi — this time a Rajdhani, my one concession to expensive travel — where the next leg of my journey awaited me. There is not much to see in Guwahati, barring the Kamakhya Temple, and the Brahmaputra after which you are told to go Shillong. Thanks to apps that offer budget hotel booking and friends spread across the country, accommodation was not a hassle.

From Delhi, I caught the Uttar Sampark Kranti, to the sleepy Katra, in Jammu and Kashmir, home to Sri Mata Vaishno Devi. The railway line to Katra — 70 km from Jammu via Udhampur, and which will be connected eventually with Srinagar — is closely guarded, with signs prohibiting photography. My co-passengers to and fro the journey were boisterous families on an extended Diwali pilgrimage break. On the return from Katra to Delhi by Jammu Mail, the train filled up more in Punjab. True to the stereotype, the coaches became lively, noisy and broke the silence of Jammu and Kashmir.

The Chandigarh-Kochuveli (Trivan-drum) Kerala Sampark Kranti traverses just over 3,000 kilometers, connecting the north and south in 53 hours. From the cleaner air in Chandigarh, to polluted climes of the National Capital Region, via the congested atmosphere of Mumbai, the rocky green carpet of the Konkan, and through the salty air of the Arabian sea, this train could well be a window to the large-scale climate deprivation. I hopped on to this one. By the time the train completed its journey, sitting in the sleeper class, I had witnessed polluted fog, early winter chill, unadulterated heat and some sharp rain.

When I arrived in Trivandrum, I took a break for 12 hours, where I roamed the city, took a ride to the beach and watched a Kathakali performance. I boarded my final train, the Guruvayoor-Chennai Egmore, in the wee hours of November 5. By now, I was exhausted and I had lost five kgs.

But oh, what a ride it had been. My journeys had showed me what diversity is – from religion, language and cuisine, to sunsets and sunrises, bitter cold and harsh rains, all in a span of 12 days. The one factor which has also changed travel is technology. I did not get fleeced for local travel, thanks to Uber/Ola. Through an Oyo, I had a room waiting for me well in advance. If that’s not all, I got a Dominos pizza delivered to my berth in Panvel, thanks to IRCTC online. I had heard about apps that deliver food to your berths, and I gave it a shot in Vishakapatnam.

As I completed my journey at Chennai Egmore, I realised that Chennai Central (the place where I started) was just 1,500 metres away on foot. But my love for trains had taken me across 19 states and 10,000 kilometres over 12 days. I might not be able to replicate Phileas Fogg’s journey anytime soon thanks to an Indian passport, but what I have learnt is that even 80 days will not be enough to see the beauty that lies in India. It would take an entire lifetime.

Getting My Hands Dirty