‘What honour is left when we have to take orders from traders who haven’t yet learned to wash their bottoms?’

India’s transition to colonialism took place under a for-profit corporation, which existed entirely for the purpose of enriching its investors. 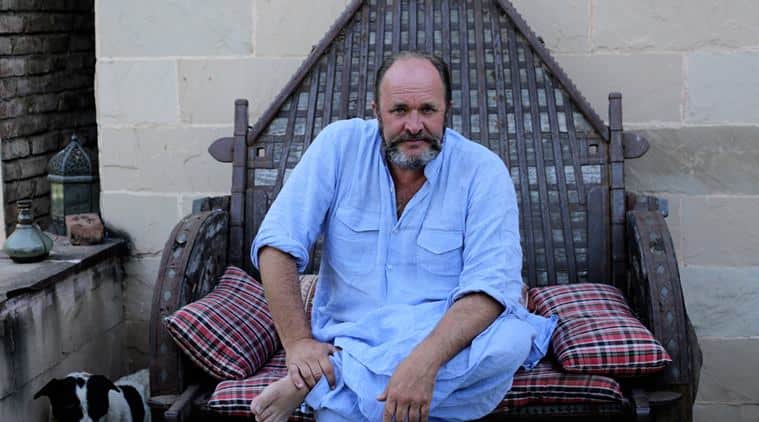 The Anarchy: The East India Company, Corporate Violence, and the Pillage of an Empire
William Dalrymple
Bloomsbury Publishing
576 pages
Rs 699

One of the very first Indian words to enter the English language was the Hindustani slang for plunder: loot. According to the Oxford English Dictionary, this word was rarely heard outside the plains of north India until the late 18th century, when it suddenly became a common term across Britain. To understand how and why it took root and flourished in so distant a landscape, one need only visit Powis Castle in the Welsh Marches.

The last hereditary Welsh prince, the memorably named Owain Gruffydd ap Gwenwynwyn, built Powis Castle as a craggy fort in the 13th century; the estate was his reward for abandoning Wales to the rule of the English monarchy. But its most spectacular treasures date from a much later period of English conquest and appropriation.

For Powis is simply awash with loot from India, room after room of imperial plunder, extracted by the East India Company (EIC) in the 18th century. There are more Mughal artefacts stacked in this private house in the Welsh countryside than are on display in any one place in India – even the National Museum in Delhi. The riches include hookahs of burnished gold inlaid with empurpled ebony; superbly inscribed Badakhshan spinels and jewelled daggers; gleaming rubies the colour of pigeon’s blood, and scatterings of lizard-green emeralds. There are tiger’s heads set with sapphires and yellow topaz; ornaments of jade and ivory; silken hangings embroidered with poppies and lotuses; statues of Hindu gods and coats of elephant armour. In pride of place stand two great war trophies taken after their owners had been defeated and killed: the palanquin of Siraj-ud-Daula, the Nawab of Bengal, left behind when he fled the battlefield of Plassey, and the campaign tent of Tipu Sultan, the Tiger of Mysore.

Such is the dazzle of these treasures that, as a visitor last summer, I nearly missed the huge framed canvas that explains how all this loot came to be here. The picture hangs in the shadows over a doorway in a wooden chamber at the top of a dark, oak-panelled staircase. It is not a masterpiece, but it does repay close study. An effete Indian prince, wearing cloth of gold, sits high on his throne under a silken canopy. On his left stand scimitar and spear-carrying officers from his own army; to his right, a group of powdered and periwigged Georgian gentlemen. The prince is eagerly thrusting a scroll into the hands of a slightly overweight Englishman in a red frock coat. 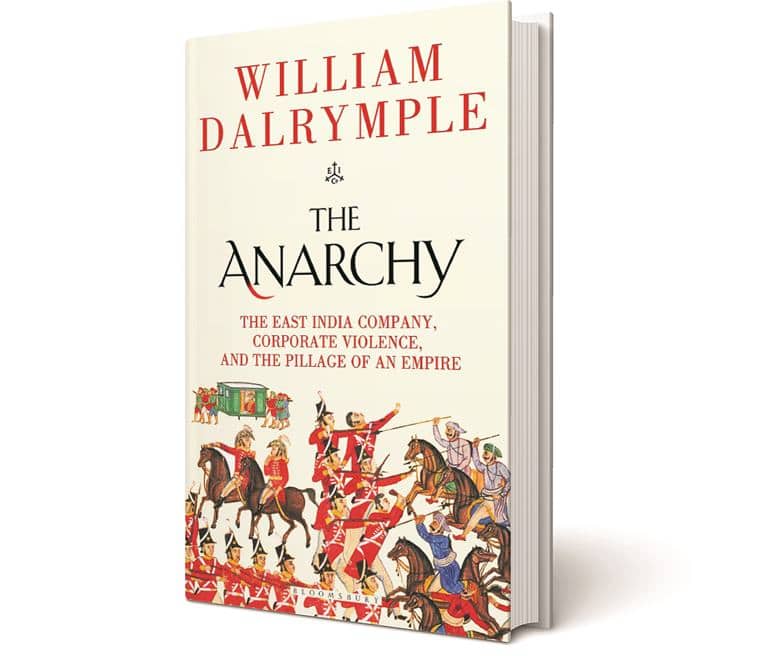 In many ways the East India Company was a model of commercial efficiency: one hundred years into its history, it had only thirty-five permanent employees in its head office.

The painting shows a scene from August 1765, when the young Mughal emperor Shah Alam, exiled from Delhi and defeated by East India Company troops, was forced into what we would now call an act of involuntary privatisation. The scroll is an order to dismiss his own Mughal revenue officials in Bengal, Bihar and Orissa and replace them with a set of English traders appointed by Robert Clive – the new governor of Bengal – and the directors of the Company, whom the document describes as ‘the high and mighty, the noblest of exalted nobles, the chief of illustrious warriors, our faithful servants and sincere well-wishers, worthy of our royal favours, the English Company’. The collecting of Mughal taxes was henceforth subcontracted to a powerful multinational corporation – whose revenue-collecting operations were protected by its own private army.

The Company had been authorised by its founding charter to ‘wage war’ and had been using violence to gain its ends since it boarded and captured a Portuguese vessel on its maiden voyage in 1602. Moreover, it had controlled small areas around its Indian settlements since the 1630s. Nevertheless, 1765 was really the moment that the East India Company ceased to be anything even distantly resembling a conventional trading corporation, dealing in silks and spices, and became something altogether much more unusual. Within a few months, 250 company clerks, backed by the military force of 20,000 locally recruited Indian soldiers, had become the effective rulers of the richest Mughal provinces. An international corporation was in the process of transforming itself into an aggressive colonial power.

By 1803, when its private army had grown to nearly 200,000 men, it had swiftly subdued or directly seized an entire subcontinent. Astonishingly, this took less than half a century. The first serious territorial conquests began in Bengal in 1756; 47 years later, the Company’s reach extended as far north as the Mughal capital of Delhi, and almost all of India south of that city was by then effectively ruled from a boardroom in the City of London. ‘What honour is left to us?’ asked a Mughal official, ‘when we have to take orders from a handful of traders who have not yet learned to wash their bottoms?’

We still talk about the British conquering India, but that phrase disguises a more sinister reality. It was not the British government that began seizing great chunks of India in the mid-18th century, but a dangerously unregulated private company headquartered in one small office, five windows wide, in London, and managed in India by a violent, utterly ruthless and intermittently mentally unstable corporate predator – Clive. India’s transition to colonialism took place under a for-profit corporation, which existed entirely for the purpose of enriching its investors…

At the height of the Victorian period in the mid-19th century there was a strong sense of embarrassment about the shady, brutal and mercantile way the British had founded the Raj… A second picture, this one commissioned from William Rothenstein to be painted onto the walls of the House of Commons, shows how successfully the official memory of this process was spun and subtly reworked by the Victorians. It can still be found in St Stephen’s Hall, the echoing reception area of Parliament… [It] shows another image of a Mughal prince sitting on a raised dais, under a canopy… and again an Englishman is standing in front of the Mughal. But this time the balance of power is very different… Sir Thomas Roe, the ambassador sent by James I to the Mughal court, is shown before the Emperor Jahangir in 1614 – at a time when the Mughal empire was still at its richest and most powerful…

In many ways the East India Company was a model of commercial efficiency: one hundred years into its history, it had only thirty-five permanent employees in its head office. Nevertheless, that skeleton staff executed a corporate coup unparalleled in history: the military conquest, subjugation and plunder of vast tracts of southern Asia. It almost certainly remains the supreme act of corporate violence in world history.

Excerpted with permission from William Dalrymple’s The Anarchy: The East India Company, Corporate Violence, and the Pillage of an Empire (Bloomsbury Publishing)

William DalrympleDalrymple is a historian and author.... read more