This Life of Ours

A fluid, sprawling novel on the capacity of literature to bring about change that leaves the reader delicately balanced between hope and regret 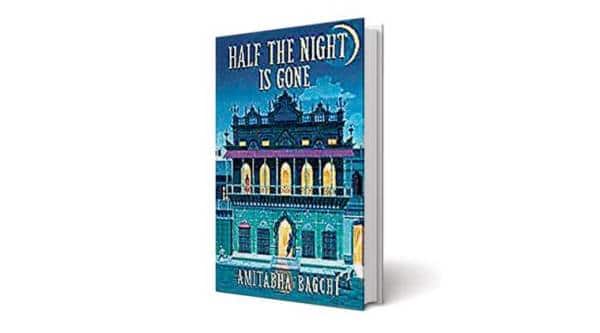 At one point, the writer-protagonist of the novel poses a question: “What is the nature of the literature that can bring change?”

Ultimately, Half the Night is Gone is an attempt to answer this critical question. Amitabha Bagchi does this through two distinct strands.

The first strand is the novel within the novel. It tells the story of a talented young wrestler, Mange Ram, honed through the careful tutelage of not one but two ustads, and patronised by a Nawab who is about to have the bulk of his estate plucked from him by a family of businessmen. The scion of the family, the young Lala Motilal, loses a bout to Mange Ram and, by way of punishment, takes him away to Delhi to be his household servant.

The turns of life in this haveli, the servants and their relationships with their employer and with each other, and the shifts of power as one generation gives way to the next, are revealed to be a new novel, set in the decades before independence and just after, written by a reputed Hindi writer, Vishwanath.

Unusually for him, Vishwanath, now in his seventies, is tentative about the new work that he has undertaken after the death of his only child. Tentative enough to have sent parts of the manuscript to his publisher before it was done. This is not the biting satire that he is famous for. In fact, he has grown to abhor the label of ‘satirist’; too easily, it takes the sting out of the ugly truths he seeks to expose.

The second strand of this book reveals Vishwanath’s story in his own voice. He writes a series of long letters — to his publisher, to his brother who lives in America, to his dead son’s American girlfriend, and finally, to his wife — trying to face up to his own truths and the reasons for his anger.

Through these interleaved strands, the reader is allowed little glimpses of history. Lala Motichand prepares his son Dinanath for success, whether India remains under British control or whether she wins her sovereignty and brown bodies assume positions of power. His second son, Diwanchand, however, is not interested in money. Another young man, a teacher at a school controlled by Sethji, is inspired by Bhagat Singh. The school, of course, has been set up in anticipation of getting more land from the government.

Is Vishwanath telling a lightly fictionalised story of his own family? We cannot be sure. But there are parts of himself in all those characters, as there must be in the work of any writer. The story of two brothers, but these are not the same two brothers.

The foundations of 20th century India are revealed through the fractures within these twin narratives. We read the story of two families and a nation, of its classes and its schisms, of religious texts and poetry, and its place in the minds of people. The Ramcharitmanas (referred to just as Manas) is at the centre of the narrative, much like the figure of Ram himself has been central to the storm raging through the heart of the nation since the 1980s.

Part of the problem, Vishwanath realises, is that the nation was being ruled by a class that had moved so far from its cultural roots, it had forgotten the hold of religion over people’s hearts and how it could be channeled by political forces. Help, he writes, could have come from a different sort of intellectual, such as Hindi speakers like himself. “At the very least we knew who Tulsidas was and had read his work… Perhaps, together we could have created an alternative narrative that didn’t reduce people’s faith to complaints about noisy loudspeakers.”

One of the triumphs of this novel is that it is able to evoke the culture and the linguistic ground it is rooted in without groaning with effort, that Vishwanath can be a Hindi writer in a finely tuned English novel. The reader is never struck with a sense of dissonance even though he uses no Hindi or Urdu, except where he is quoting lines of verse. Without slipping into Hindi phrases or colloquilisms, Bagchi pulls off the difficult task of suggesting that Vishwanath has actually written his letters in Hindi.

Its other great strength is a firm grip upon its twin narrative voices. Vishwanath, the repentant satirist, the bereaved father, does not sound like himself when he is writing his novel. There, he remains a gentle, though not unamused narrator, an empathetic observer of the past.

Imbued with a deep love of poetry and rhythm, and a bewilderment at modern India’s march towards a politics of rage and hate, Bagchi has served up a fluid, sprawling novel that leaves the reader delicately balanced between hope and regret. 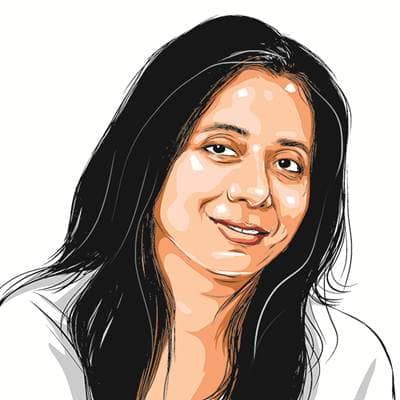