The Art of Spar 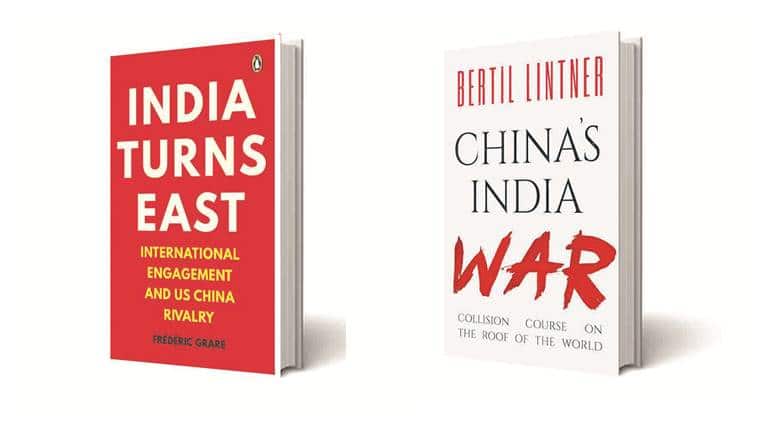 Opening the pages of an Indian newspaper these days, you run quite often into the qualifying phrase, ‘With an eye on China’ in the headlines. Whether it is building a road in the Northeast, competing for a port contract in Sri Lanka, or strengthening ties with America or Vietnam, it would seem that the China factor is the lone driver of many current Indian policies. While the Indian media’s obsession with China tends to be over the top, there is no denying that Beijing looms large over Delhi’s worldview these days.

The relatively positive period of India’s economic and political relations with China that began in the late 1980s now seems behind us. As they rise on the world stage and expand their regional footprints, Beijing and Delhi are stepping on each other’s toes more frequently. Growing nationalism in both countries is making it harder to manage emerging differences.

That China has risen much faster than India — Beijing’s current GDP is five times larger than that of Delhi — had destroyed the notion of ‘parity’ between the two large civilisational states in Asia. Beijing can’t hide its strategic condescension towards Delhi and India can’t dismiss the option of turning to the US and Japan to restore a measure of parity with China.

That brings us to a paradox. Few of India’s external relations have been imbued with such high-minded ideology and sweeping rhetoric — ‘ancient civilisations’, ‘Panchsheel’, ‘Asian and anti-imperial solidarity’ — than those with Beijing. Yet, repeated Indian efforts to construct a working relationship with China have collapsed amidst seemingly irreconcilable differences. Bertil Lintner and Frederic Grare help us better understand this strange dynamic of the India-China relationship. Books on India-China relations are growing by the day, but few offer the kind of accessibility and insights that Lintner and Grare offer. Lintner is a well-known journalist who has covered Asian politics with distinction over the last few decades. Grare has lived in the subcontinent and was among the first to write about the importance of India’s Look East policy nearly two decades ago.

Linter’s focus is essentially on the past and on the intractable and multi-dimensional conflict between India and China in the Great Himalayas. As the title of the book, ‘China’s India War’ suggests, Lintner is debunking Neville Maxwell’s thesis on the India-China border war. Maxwell’s claim in ‘India’s China War’, that Delhi provoked Mao’s attack in 1962, had a profound impact on the elite Indian and international understanding of the sources of the conflict.

Using many new sources available since the publication of Maxwell’s book a few decades ago, Lintner suggests that the roots of the 1962 conflict lay in Tibet. Although India was quick to recognise the integration of Tibet into communist China, Mao’s harsh policies in Tibet, Beijing’s suspicion that Delhi was acting in concert with the US to provoke trouble, and the Dalai Lama’s flight into India in 1959, set the stage for the 1962 war. Lintner’s account helps us get a more nuanced understanding of the origins of the Sino-Indian conflict.

As he brings the Sino-Indian conflict up to date, Lintner concludes that a new ‘great game’ is unfolding between India and China and it has to do with ‘border disputes in the Himalayas, the competition for influence in Nepal, Bhutan, and Myanmar, cross-border insurgencies, the sharing of water resources and strategic rivalries in the Indian Ocean’.

If Lintner points to the multiple strands of the conflict, Grare tracks India’s international efforts to balance China since the turn of the 1990s. At the end of the Cold War, Delhi found its relations with the West, Europe, China and Japan utterly underdeveloped. It also found that Southeast Asia, a region that Delhi had sneered at in the 1960s, had made much progress. Delhi realised that the region, which was once deeply hostile to China, was now locked in the political, economic and institutional embrace of China.

Grare presents a succinct account of India’s effort to expand ties with the Southeast Asian nations as a whole and especially with Burma, which shares long land and maritime frontiers with India. He also reviews India’s emerging ties with two key US allies, Japan and Australia, and India’s participation in the ASEAN-led institutions. But it is the impact of US-China rivalry and India’s challenges in navigating it that form the main thread in Grare’s volume. In addressing India’s dilemmas on navigating between the US and China, and its own role in shaping the Asian balance of power, Grare would like to see India ‘reinvent the concept of strategic autonomy’. He argues that India must avoid past regional isolation in the name of non-alignment and leverage US capacities to its own benefit, without becoming entangled in the rivalry between Washington and Beijing. At the same time, Grare argues that India must advance its own independent role in the Indo-Pacific.

“The challenge for India,” Grare says, is to “help structure the regional security environment in such a way that it is compatible with the US partnership but that is non-hostile to China.” That probably comes closest to describing the goals of India’s current regional strategy. Despite the claims in Delhi of being a ‘net provider of regional security’, Grare bemoans, India remains a ‘passive consumer’ thanks to the enduring inhibitions in its defence establishment to play a larger role in the Indo-Pacific.

As Delhi struggles to manage the growing contestation on the China frontier, seen most recently in Doklam, steps up the effort to hold on to its privileged strategic position in the subcontinent, and signs up to the controversial Democratic Quad with the US, Japan and Australia, Lintner and Grare help us make some sense of Indian media’s feverish debate on China.

The writer is Director, Carnegie India, Delhi and contributing editor on foreign affairs for The Indian Express