When the Twain Do Meet

A sharp overview of India’s recent history with its heightened interplay between media and politics. 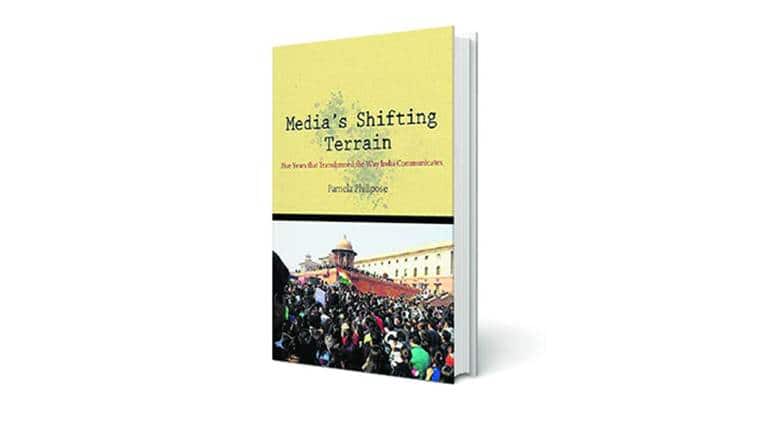 If the post-liberalisation period were to be divided into phases, the five years from 2011 to 2015 would be noted as one in which the politics of the country underwent a distinct change. New actors stamped their presence on the country’s political landscape, new mobilisation techniques were tried out and there was a perceptible change in communication strategies. These were the hallmarks of what Pamela Philipose calls the “mediatised half decade” in Media’s Shifting Terrain, Five Years That Transformed The Way India Communicates.

These years were also the ones which saw a change in self-perception of the media. Even in the first decade-and-a-half of liberalisation, the media saw itself as the voice of the entire country — even though it did not always act as one. The discourse was ostensibly about rights and citizenship, albeit one in which some classes had more say than the others. But the first decade of the 21st century marked a significant rupture. The market economy came into its own and “choice and consumption” became the arch guiding principles of the media discourse.

Whose choice? Philipose shows that the “mediatised half decade” was the one in which the middle class made the media truly its own. She does this by analysing five major developments in this period: the India Against Corruption (IAC) protests, arguably one of the seminal civil society mobilisations in India’s post-Independence history; the outpouring of public outrage after the December 2012 gang rape; the Aam Aadmi Party’s (AAP) first foray into the country’s politics in 2013; the party’s more impactful harnessing of media technologies two years later; and, the decisive shift in mediatisation that was represented by the assumption of office by the Narendra Modi-led BJP.

It could, of course, be argued that the middle classes had exercised a hegemonic position in Indian politics from the times of the Independence movement. Historiography is replete with accounts of the ways in which the middle classes made the national movement — and the post-Independence state — their own. But Philipose’s account shows how the middle class sought to overcome the tensions between speaking for itself and for the country as a whole in the mediatised half decade.

In an earlier era, for example, corruption was seen as a matter of public interest. The media’s coverage of financial scams — Nagarwala scandal, Antulay exposes, Bofors, Hawala — seemed to be motivated by the desire to bring administrative authorities under public scrutiny. The endeavour was subject to two distinct pulls: one, pressuring the administration to deliver better in order to meet the aspirations of the people; two, holding the state itself to account for its coercive practices. The IAC movement, shows Philipose, marked a decisive shift towards the former, and in new ways. She shows that this was a “politics of anti-politics” which rose directly out of a “perception among the urban middle class that those in power cannot, or will no longer, address the multiple crises of everyday life” and they needed to take things into their own hands. Philipose shows how this discourse was essentially framed by the media.

Media’s Shifting Terrain shows new — social media — and traditional platforms coalesced in ways generally not recognised in analyses that tend to see the two as belonging to different eras. The mediatised half decade, as Philipose shows, is about sending messages to “every concerned citizen” through the internet and mobile phones. It’s also about the movement of images, sounds and “affective experiences” as well as the activities on the reporting and editorial pages of newspapers. The coming together of different streams of the media was evident in the ebbs and flows of the IAC movement. If the movement gathered force because the media wanted it to, it’s fizzling away also had something to do with what was happening in the newsrooms and the online world.

Such seamlessness was also evident when larger networks of individuals and groups sought to clarify their positions on “gender rights”, as evident in the Delhi gangrape case. These merged with the concerns about urban life, but in ways that the middle class saw it. The media, as Philipose shows, was where the discourse about entitlements — and not accessibility or justice — played out, with calls of death to rapists — from the underclass.

Media’s Shifting Terrain underlines another kind of rupture. Corruption and sexual violence were seen as manifestations of an older world order which had to be uprooted. It takes me back to a conversation on sexual violence with a friend just before the 2014 elections on sexual violence, that ended in somewhat of a discord. My friend had wished that Narendra Modi would come to power (she cared little for the BJP, per se) and usher in a new era of gender justice.

This messianic quest, Philipose shows, was both a fallout of the diffuse nature of media and a result of the endeavours of the BJP to refine old forms of mass contact through the use of media: “The proliferation of social media platforms and greater media convergence facilitated the presidentialisation of the campaign in a manner that synchronised with the Modi brand of stand-above-the-rest assertion, which cast the party in his own image”.

Media’s Shifting Terrain is not just about the media. It’s about a shift in the country’s politics, one which worries Philipose. Her critique is subtle and scholarly, but not apolitical. In unravelling the processes that underpin this transformation, she talks about the middle class’s aspirations and anxieties, but also the urge to dominate and monopolise -— even to brutalise.