“Read Domoru’s tales with all your heart and from the cycle of birth, happily depart… these tales, once bought make your homes glow, and soon from these fortunes will flow.” So goes an invocation to the adventurous Domorudhor. It’s clearly a pun on the religious hagiographies that were produced in plenty in colonial Bengal. Domoru is a fictional character crafted by the late 19th-early 20th century Bengali iconoclast, Troilokyonoth Mukhopadhyay. His adventures are little-known today, even in the Bengali-speaking world. Arnab Bhattacharya’s translation of Mukhopadhyay’s posthumously published work, Domoruchorit will acquaint Domorudhor to an English speaking audience.

Domoruchorit is a unique piece of literature in more ways than one. It’s fiction written as biography. But Domoruchorit is not a third person narrative. The eponymous protagonist, Domorudhor, is the narrator of all the adventures he undertakes. The events are presented from his perspective. Though fiction, Domoruchorit draws from the “charit” tradition in Indian literature: Banbhatt’s Harshacharit, Krishnodas Govindraj Goswami’s Choitanyochoriitramito, and, of course, Tulsidas’s well-known Ramcharitmanas. Bankim Chandra Chattopadhyay, as translator Bhattacharya notes, used this literary tradition to the fullest mock heroic effect in Muchiram Gurer Jibon Chorit (The Life of Muchiram Gur).

Domorudhor pokes fun at the Swadeshis — who, as historians such as Sumit Sarkar have shown, rarely struck a chord with the poor. He lampoons sadhus and mocks food taboos in Hindu rituals. But he is not exactly, a hero. On occasion, Domorudhor is a likeable crook, but at most times he is the diabolical encroacher who does not think twice before wishing the death of two starving children so that he can iron out the jagged edges of his garden by capturing the land that belongs to them. His tales are steeped in fantasy. In one of his adventures, Domorudhor mounts a peacock which transports him, at a pace faster than that of a railway train, across the “lunar space, solar space, and space of the North Star”. In another story, he is swallowed by a tiger but continues to write letters to his employees from the beast’s belly. In another tale, he invokes a genie who arranges for his marriage with Sheherazadi of the Arabian Nights.

Domorudhor is a master raconteur who has answers to every difficult question posed to him about his escapades. One of his interlocutors, for example, queries him about a crocodile that Domurudhor had described as larger than a palm tree. “Why are the crocodile’s teeth so small? Why do they look like the teeth of any other?” Domorudhor answers, “The crocodile’s teeth were decayed by munching tonnes of human bones for a long time”.

In his rationalist predilections, Dormorudhor seems to be at one with his creator. For the most part an autodidact, Mukhopadhyay was a critic of society. A patriot, he was not averse to denouncing what he saw as the baneful effects of nationalism. He was the curator of the Calcutta Museum, wrote on mining, cattle rearing, steel manufacturing, and also tried to popularise science through his articles in the journal, Jonmobhumi. He was one of the co-editors of the tome, Indian Science Congress: Its Brief History and Limitations. With his brother Rangolal, he compiled the first of a 23-volume encyclopaedia on the Bengali language, Bangla Biswakosh.

Bhattacharya’s translation captures the iconoclast’s wit, the text is enriched with annotations and the translator has a detailed biographical account of Mukhopadhyay. The book also has illustrations of some of the fantastic characters Domorudhor spins out. But it is not as lavishly illustrated as the Bengali original. That is a minor grouse. Those who love history and literature, and have a taste for satire, are sure to have fun reading this translation of Domoruchorit. 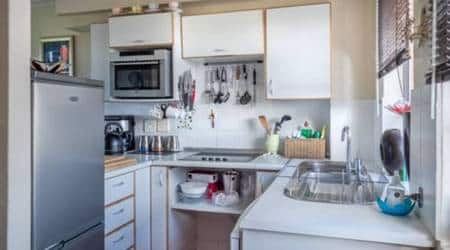