Beyond Alice: A look at Lewis Carroll’s lesser-known contributions on his birthday

Lewis Carroll is best known for his work Alice in Wonderland, but his contributions go beyond literature to include a lot more. Thank him for Scrabble on his birth anniversary. Charles Lutwidge Dodgson — popularly known as Lewis Carroll — is best known for writing Alice’s Adventures in Wonderland, a cult literary classic. A hugely popular children’s book, it has also beguiled adults with its poetic riddles and rich fantasy — so much so that academics and literature lovers still continue to interpret the text in various ways, and artists of all fields continue to adapt it with their wondrous takes on it. Since its release, Alice in Wonderland has never gone out of print, and it also tremendously eclipsed Carroll’s other, equally noteworthy works. These are some notable ones, some of which may surprise you (not all of them are literary):

* Through the Looking-Glass, and What Alice Found There: This book — the events of which take place about six months after Alice’s adventures in Wonderland — suffered from what could be called the ‘curse of the sequel’ during its release. Alice in Wonderland set such high expectations, that probably no follow-up work could ever have met them. Today, this book has been critically acclaimed and is gaining the popularity it deserves over a hundred years after its first edition was published. In this story, Alice’s curiosity gets the better of her once again as she proceeds to explore the world behind the mirror. Unlike the deck of cards in Alice in Wonderland, Alice’s challenge in Through the Looking Glass features a chess set. Most main characters in the story are represented by a chess piece or animals, with Alice herself being a pawn. Dina — her cat — makes a return in the sequel along with two of her kittens. This book has been widely adapted in popular media since its release. Unlike the deck of cards in Alice in Wonderland, Alice’s challenge in Through the Looking Glass features a chess set. (Source: Wikimedia Commons)

* The Hunting of the Snark: A celebrated poet as well, Carroll was known for the phantasmagorical flavour of his tales — described by the Merriam-Webster Dictionary as a confusing or strange scene that is like a dream because it is always changing in an odd way. The Hunting of the Snark is his longest ‘epic nonsense poem’ featuring a ship full of misfits in the search of a mysterious creature — the Snark. Some nonsense words featured are bandersnatch, beamish, frumious, galumphing, jubjub, mimsiest, outgrabe and uffish; however Snark was given no meaning by Carroll. Not unlike Alice in Wonderland — and all his literary works really — several attempts have been made to interpret the poem and its metaphors, symbolism, fantastical characters and nonsense words uttered by them. They range from sheer existentialism to parody, and even an allegory for tuberculosis. The poem’s adaptations go beyond just popular culture to encompass Physics, Mathematics and even Geography — Snark Island and Boojum Rock are actual places in our very own Andaman and Nicobar Islands. The Hunting of the Snark features some nonsense words like bandersnatch, beamish, frumious, galumphing, jubjub, mimsiest, outgrabe and uffish. However, Snark was given no meaning by Carroll. (Source: Henry Holiday via Wikimedia Commons)

* Sylvie and Bruno: This novel is a testament to the unending imagination and social insight of Lewis Carroll. With Sylvie and Bruno, he sought to create something with a completely different flavour from the absurdity of Alice in Wonderland. The book’s preface states explicitly that he sought to, “strike out yet another new path: be it good or bad”. Two settings feature in the book – Fairyland (a Carrolesque nonsensical world populated with riddle-spewing fantastical characters), and Victorian Britain (effectively making it a commentary on society, morality and religion). The novel went significantly under-appreciated — probably due to Carroll’s deviation from his usual literary tools — and sold only 13,000 copies at the time. Contemporary critics, however, are focused on re-evaluating the novel and to acknowledge it as the gem that it is. The novel has been described as a compelling mixture of science, poetry, parody, plays, psychical research, romance, and silliness, by modern critics. Under-appreciated in its time, Sylvie and Bruno has been described as a compelling mixture of science, poetry, parody, plays, psychical research, romance, and silliness, by modern critics. (Source: Harry Furniss via Wikimedia Commons)

* A Tangled Tale: A talented mathematician with a love of literature, Lewis Carroll combined his two loves in A Tangled Tale. It is structured as 10 amusing short stories — referred to by Carroll as ‘Knots’ and which appeared serially in The Monthly Packet magazine — with each of them containing mathematical riddles at their core. In the preface he wrote, “The writer’s intention was to embody in each Knot (like medicine so dexterously, but ineffectually, concealed in the jam of our early childhood) one or more mathematical questions – in Arithmetic, Algebra, or Geometry, as the case might be – for the amusement of the fair readers of that magazine.” While Carroll himself brushed it off as a ‘lame attempt’, his nephew stated in his biography — The Life and Letters of Lewis Carroll — that, “It is certainly the most successful attempt he ever made to combine mathematics and humour.” A Tangled Tale has been structured as 10 amusing short stories — referred to by Carroll as ‘Knots’ — with each of them containing mathematical riddles at their core. (Source: Wikimedia Commons)

* What the Tortoise said to Achilles: If you consider not bothering with A Tangled Tale due to its complex mathematical roots, you have no excuse for avoiding this work of Carroll’s as its foundation is based on logic — or rather the problems with the foundation of logic. It is considered to be the first description of an obstacle to the school of conventionalist approach to philosophical argument. 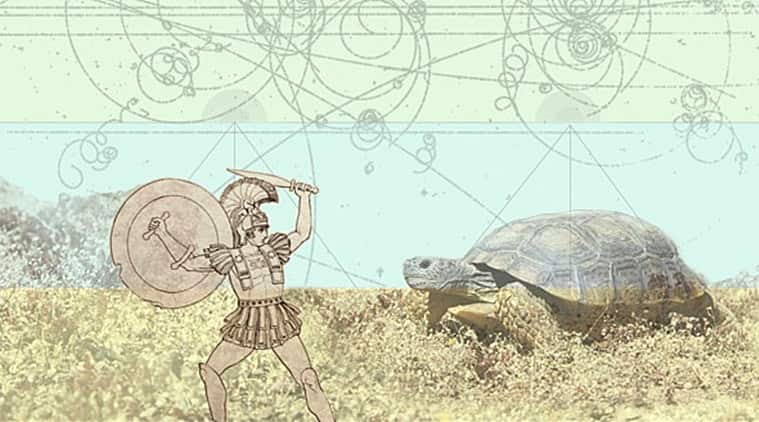 What the Tortoise said to Achilles’ foundation is based on logic — or rather the problems with the foundation of logic. (Source: Thinkstock Images)

* Photography: Carroll had a keen eye for photography and produced about 3,000 photographs in his lifetime — which is a lot considering the lack of sophistication of cameras of his time. Starting with landscape photography, he eventually graduated to portraits. His photography also led to the formation of the ‘Carroll myth’. Carroll faced allegations of paedophilia due to his collection of child nudes — including that of Alice Liddell, the real Alice behind the inspiration of his most popular works. Opinion is generally divided, with some scholars seeking to place the nudes in their historical context. “The symbol of the nude child in art had a different place in the Victorian world than it does today. Victorians considered children to be symbols of pure innocence, and being around them was to be a little closer to grace,” said Carolyn Vega, assistant curator of literary and historical manuscripts at the Morgan Library & Museum in New York City. 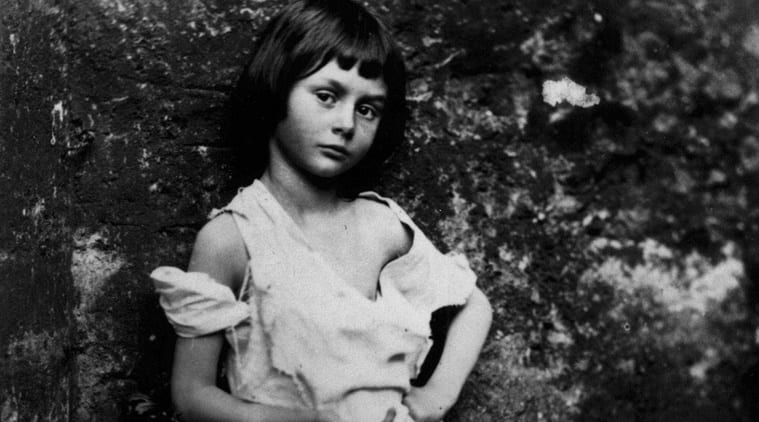 Photograph of Alice Liddell — the real-life inspiration for Alice — captured by Lewis Carroll himself. (Source: Lewis Carroll via Wikimedia)

* Eight or Nine Wise Words about Letter-Writing: As the name suggests, this is an essay on useful tips for composing, writing, mailing, and recording letters. It features nine rules that also apply to modern, digital communication. Some words of wisdom include

Don’t fill more than a page and a half with apologies for not having written sooner! The best subject, to begin with, is your friend’s last letter.

When you have written a letter that you feel may possibly irritate your friend, however necessary you may have felt it to so express yourself, put it aside till the next day. Then read it over again, and fancy it addressed to yourself.

Don’t try to have the last word!

If it should ever occur to you to write, jestingly, in dispraise of your friend, be sure you exaggerate enough to make the jesting obvious (or add a bunch of grinning smileys to ease the tension).

When you say, in your letter, “I enclose cheque for £5,” or “I enclose John’s letter for you to see,” leave off writing for a moment—go and get the document referred to—and put it into the envelope. Otherwise, you are pretty certain to find it lying about, after the Post has gone! (In modern times it is equivalent to ‘always check your attached the attachment before hitting send). * Scrabble and other inventions: Brace yourself, for this list is a long one — The Wonderland Postage-Stamp Case, nyctograph, the concept behind Scrabble, Word Ladder, a rule for finding the day of the week for any date, a means for justifying right margins on a typewriter, a steering device for a tricycle, rules for dividing a number by various divisors, a cardboard scale measuring the right amount of liqueur for the price paid, double-sided adhesive tape, a device for helping a bedridden invalid to read from a book placed sideways, at least two ciphers (codes) in cryptography, among others. Though Scrabble seems comparatively new, it was anticipated as early as 1880 by Lewis Carroll. An entry in his diary notes that, ‘A game might be made of letters, to be moved about on a chess-board till they form words.’ (Source: Pixabay)
First published on: 27-01-2016 at 19:48 IST
Next Story