A Cup For Everyone 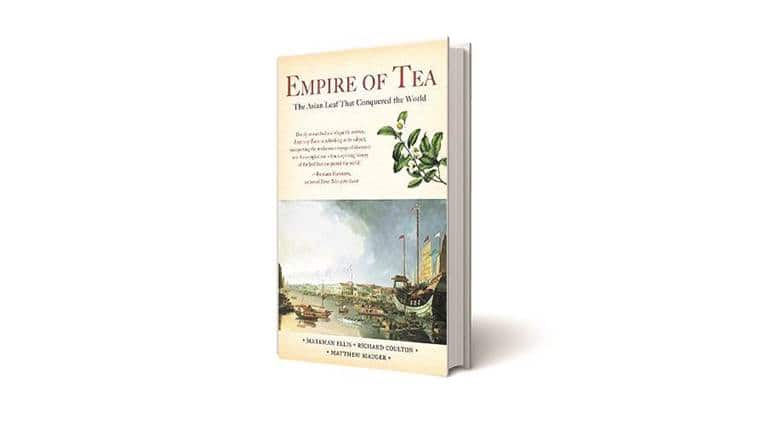 Empire of Tea, The Asian Leaf That Conquered the World by Markman Ellis, Riichard Coulton and Matthew Mauger

In the early decades of the 20th century, an outfit called the Indian Tea Association took upon itself to popularise tea in the country. The association began by trying to persuade grocers to stock tea. The campaign began to acquire momentum during World War I. Tea stalls were set up at factories, mills and mines. By the 1920s, tea canteens had become important elements in industrial concerns. By the 1940s, it was found that even the homeless in Calcutta were drinking tea. The beverage had become a habit in the country.

In many ways, tea is a more potent signifier of modernity than coffee. It has transcended class, been the cause of major warfare, inspired treatises, fostered black markets and smuggling and become an integral part of socialising. Markman Ellis, Richard Coulton and Mathew Hougar’s The Empire of Tea is a riveting account of a beverage that originated in China and Japan and “conquered the world” in four centuries.

At the vanguard of this journey of the Asian leaf were Englishmen. In 1699, the English clergyman John Ovington published a pamphlet, An Essay upon the Nature and Qualities of Tea. The British aristocracy was just getting accustomed to the beverage. Ovington’s essay tried to combine the commercial, natural, medical, philosophical and moral discourse on tea drinking. Ovington was also a student of Chinese history. For the clergyman —and other British savants and clerics — the association of tea with China posed a theological problem. Tea was said to have a “civilising” influence, and China, its home, had a certified history extending beyond Biblical times. Yet, the Bible took no notice of either the beverage or the country of its origin. Empire of Tea delights in describing such predicaments, often in a tongue in cheek manner.

Tea connoisseurs like Ovington were satirised in a 1693 comedy, The Wives Excuse. The Thomas Southerne satire indicates that “although there were some sophisticated knowledge about tea in London in the 1690s, this was considered by others as obscure, esoteric and foolish and one of the fashionable follies in an age of luxury and consumption”.

Having made an entry into the English market as exotica, tea began to make itself at home. As the connoisseurs, poet, moralists and satirists, deliberated over it, the tea leaf also underwent a process of complex analysis by merchants, traders, natural philosophers and even physicians.

Essays in The Spectator exerted considerable influence on manners in the 18th century. In these essays, the tea-table is conceived as a “social space, one especially associated with the polite world of women”. This was in contrast to clubs and coffee houses, which were open only to men.

Conversation was central to the tea table. An engraved print, The Tea Table, dating to 1720, “depicts six women taking tea in a lavishly decorated room, celebrating the tea-table as a place of talk. On the table is an assortment of objects associated with the ritual of tea drinking such as a tray with spare cups and spoon as well as a series of fashionable objects among which are a fan and a book.”  The association of tea with conversation led some commentators to argue that the socialising had become more important than the beverage itself. “Samuel Johnson, later in the century, joked that tea drinkers used their habit as a pretence for assembling to prattle, for interrupting business, or diversifying idleness”.

But the actual business of bringing tea from China to Europe was far less genteel. The Empire of Tea takes us to the tumult of tea markets and auctions. It recounts the sordid opium tea nexus that brought much suffering to the Chinese, overturned the agrarian ecology of large parts of north India and led to two gruesome wars.

By the end of the 18th century, tea had transcended class barriers in Britain. By the 1840s, Friedrich Engels found that even the poorest Irish immigrants in the north of the country, “equipped their squalid kitchens with a tea-kettle.” “Where no tea is used, the bitterest poverty reigns,” Engels concluded.

Empire of Tea is a long-term history of the beverage. Often, a broad span description is at the cost of details. Empire of Tea, however, regales in describing the Asian leaf’s influence on politics, manners, commerce, philosophy, literature, even therapy. It’s a welcome addition to the expanding oeuvre of commodity history.