Contagion and Colours: Art highlights from 2021 and what to look forward to 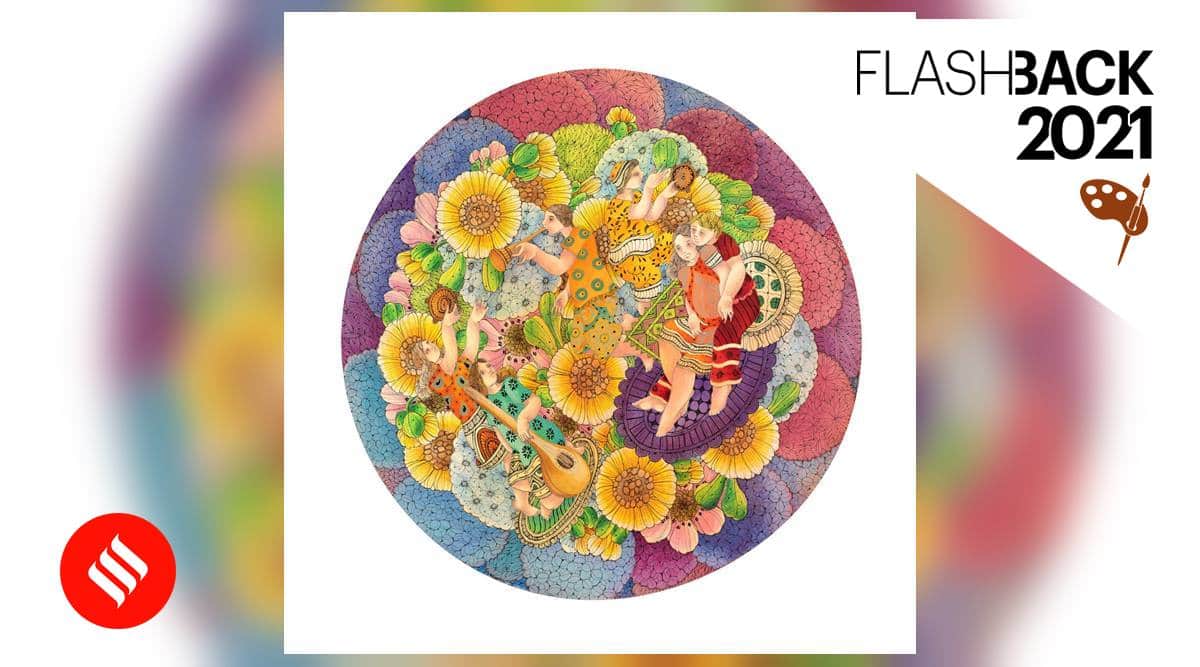 While 2021 might have started on a positive note, the subsequent dreadful second wave of Covid brought life to a standstill. In the coming year, as we hope to evade a third wave, the art industry, too, aspires for things to look up. We peek into the last year to contemplate the trends in the coming months

Initially postponed from 2020 to 21, the Kochi Muziris Biennale is now scheduled to open on December 12, 2022. Curated by Shubigi Rao, the works will come together under the theme “In Our Veins Flow Ink and Fire”. Also canceled last year, the India Art Fair will return this year. To be held from February 3 to 6, in its 13th edition, the fair will see participation from over 75 exhibitors. While its new director Jaya Asokan promises to make the fair more inclusive, several major exhibitions will also be held across Delhi around the same time — from Subodh Gupta’s solo at Nature Morte to Manisha Gera Baswani at Gallery Espace. Art Alive gallery will bring together works of Sakti Burman and Maite Delteil, and daughter Maya Burman, in an exhibition at Bikaner House from January 13 to 22. 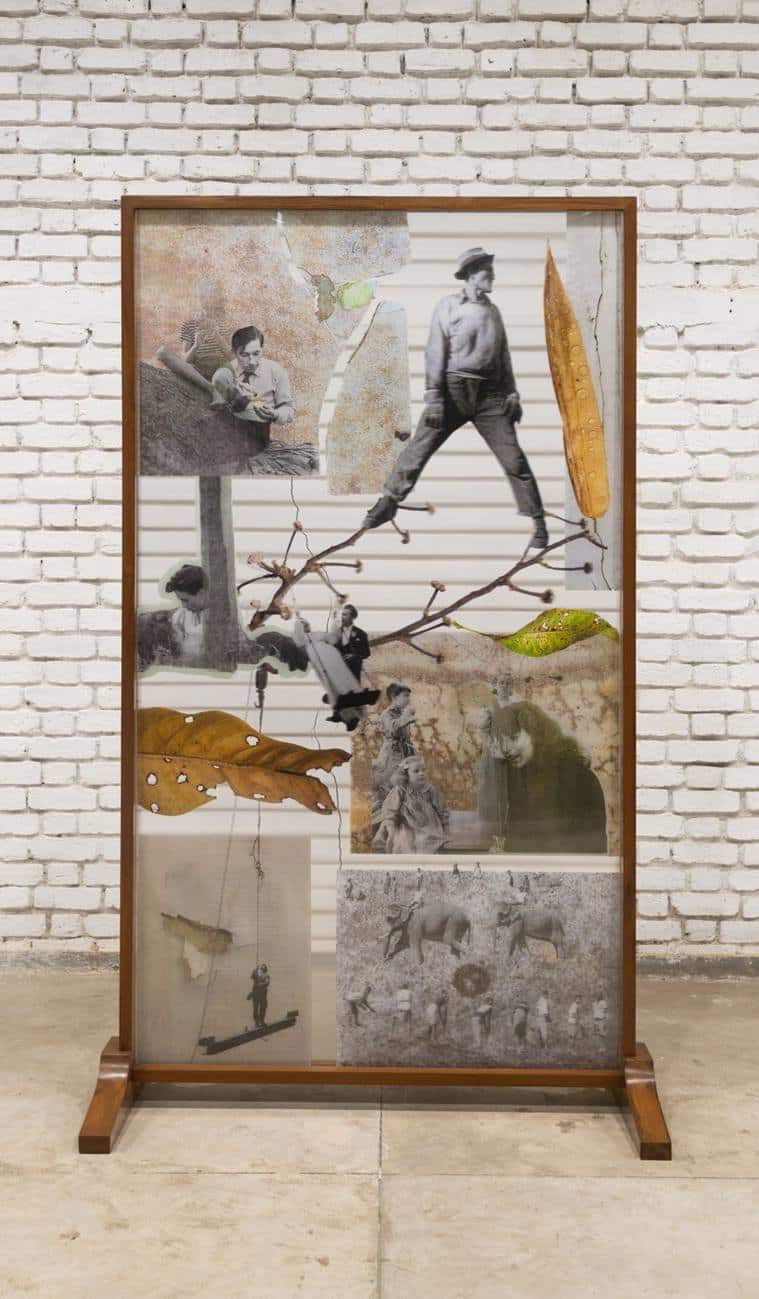 Ishara Art Foundation in Dubai will showcase Jitish Kallat’s recent works in the exhibition “Order of Magnitude” from January 12 to June 16.

The National Gallery of Modern Art (NGMA) is planning an international exhibition in Delhi towards the end of the year, it will also take Indian art to the Venice Biennale. While several major exhibitions of Indian artists will be held at international venues during the year, early on the Ishara Art Foundation in Dubai will showcase Jitish Kallat’s recent works in the exhibition “Order of Magnitude” from January 12 to June 16.

In the neighbourhood, after a series of postponements due to COVID-19, the Kathmandu Triennale will also be taking place from February 11 to March 11, 2022.

Last year saw several works of the modernists debuting in the auction circuit and with limited works of the masters available, the trend may continue in the coming year as well. While two masterpieces by Tyeb Mehta made their debut at Astaguru’s Modern Indian Art sale on December 27-28, in September, the auction house had MF Husain’s 1972 anti-war painting come under the hammer (it sold for Rs 3.45 crore). 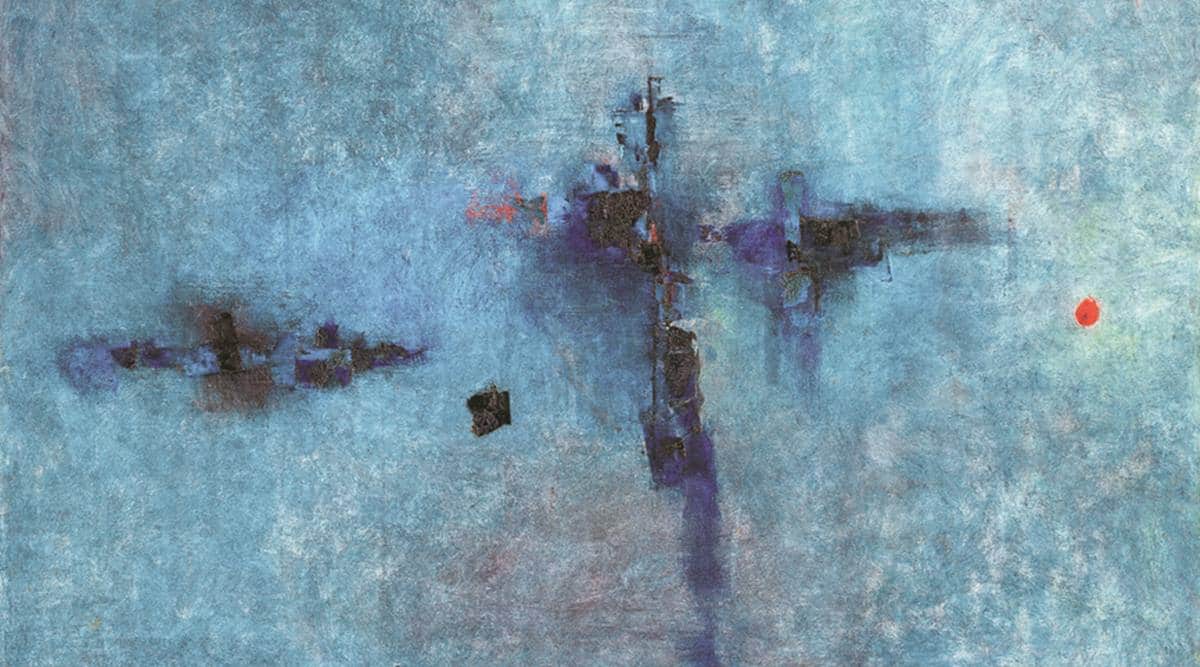 The year also saw several new records. If in March 2021, VS Gaitonde’s 1961 canvas sold for Rs 39.98 crore in a Saffronart auction, setting a new record for Indian art worldwide, in July, Amrita Sher-Gil’s In the Ladies’ Enclosure became the second most expensive Indian artwork after fetching a whopping ₹37.8 crore at another auction organised by Saffronart.

The NFTs (non-fungible tokens) were the talking point throughout the year. Early on, Beeple set a record for the medium when his work “Everydays: The First 5000 Days” was sold by Christie’s for $69 million, and thereon the medium generated interest like no other. In India, Aparajita Jain, co-director of Nature Morte gallery, established Terrain.art, India’s first blockchain-powered art platform. The forum’s maiden exhibition in Delhi had works of over 30 artists from across the globe, with works exploring varied themes, from ecology to migration and gender equations.

Last year saw several new destinations added to the museum map of India. While the country’s first Food Museum came up in Thanjavur, the construction of the State Archeological Museum is underway in Panchkula. The Prime Ministers’ Museum at the Teen Murti Bhavan complex in Delhi is scheduled to open soon, as is the Partition Museum in Delhi and the eastern chapter of the NGMA in Kolkata.

Discover the Journey of ‘अन्न’ in Our Lives!

Do visit the Food Museum whenever you travel next to Thanjavur in Tamil Nadu to explore the evolution of our food habits & get a glimpse of:

The first Tea Museum of Northeast India is scheduled to come up in Assam’s Dibrugarh district in the first half of 2023. Meanwhile, the central government has also announced the setting up of Tribal Freedom Fighters’ Museum in 10 states across the country, including Andhra Pradesh, Chhattisgarh, Goa, Gujarat, Jharkhand, Kerala, Madhya Pradesh, Manipur, Mizoram, and Telangana.

The United States handed over 157 artifacts and antiquities to India during Prime Minister Narendra Modi’s visit to the US in September 2021. This includes, among others, 1.5 metre bas relief panel of Revanta in sandstone from 10th CE and an 8.5 cm tall bronze Nataraja from the 12th CE. In July 2021, the National Gallery of Australia also announced plans to return $2.2 million of stolen artwork to India.