Yearender 2021: ‘It may not be fantastic but there will be another day’

Puppeteer Anurupa Roy writes about the significance of telling stories, art and artistes in the current times, and that the dark days, too, shall pass In 2021, the theatre community faced its greatest challenge. The month of May, especially, was one where things began unravelling very fast.

How to approach 2022 is on everyone’s mind and it is a very difficult question. In 2020-21, we had thought that the worst was over and everything will be better but the new year proved to be more challenging as India witnessed a devastating second wave, and Delhi, among other cities, was badly affected.

In 2020, the key plan was to stay afloat and somehow pull ourselves through the big shock of a new disease. Like a lot of artists, I was involved with food drives. That year, all of us artists in India felt very close. We came together using our theatre networks to create food networks. Theatre is not an art form with a lot of money but what it has are close networks, strong feelings, and people who want to do stuff. In the first wave, the theatre community began using its old abilities to be resourceful to provide food security to whoever needed it.

In 2021, the theatre community faced its greatest challenge. The month of May, especially, was one where things began unravelling very fast. We were either sick ourselves or watching with horror as we lost friends or heard of sick relatives and neighbours. There is very little one could do when one was sick and everybody around was sick. It became a task to survive day to day. 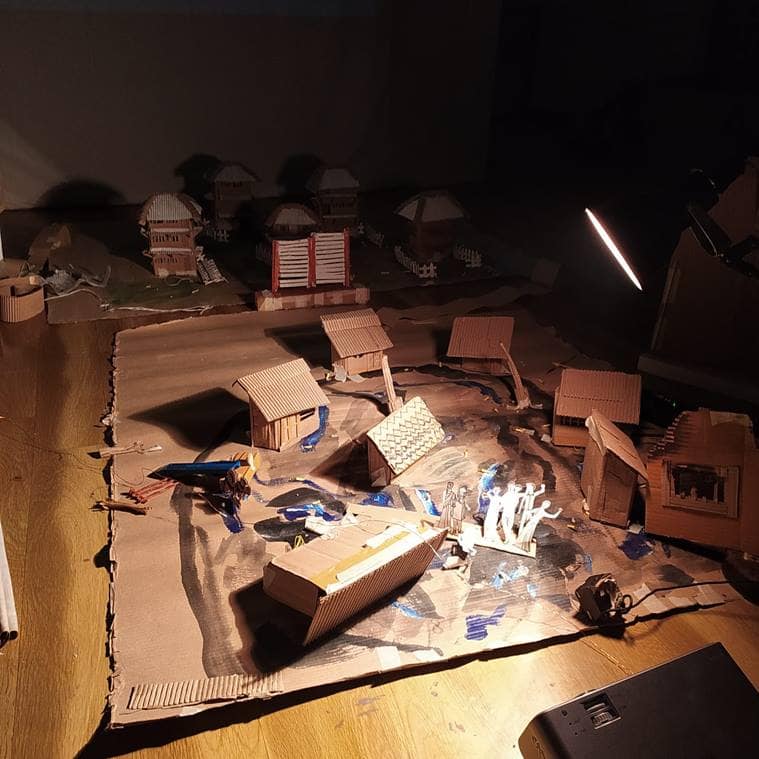 “My understanding is that the need for stories that art offers is much more now.”

My entire company fell sick. My father and I were in the hospital. My mother was very ill with COVID at home. It was a situation that a lot of people had to face because, during COVID, entire families were falling sick so there was no caregiver. It was artists who reached out to lots of people like me. My father needed oxygen and I was running from pillar to post as nothing was available. A young performer from Agaaz Theatre Trust, a collective of arts practitioners, came to my door one morning with an oxygen cylinder. He had lost his father 48 hours ago and said that he did not want anybody else to go through what he had. He was my angel of mercy at that point as my father’s oxygen level was under 80 and getting a cylinder was impossible.

A lot of young performers, who were still mourning, were risking their lives to save others. They were out on the streets with cars and cylinders. People were standing in long queues to fill cylinders for strangers. What do you call people, who come through for one another in life and death situations, but angels? They were helping absolute strangers by calling up hospitals and arranging beds, oxygen, and medicine. Even when I was in the hospital and not quite all there in my head, I felt held. The community of artists came out at a crucial moment and they were all that many people had. That was a very big realisation this year — I am grateful to the arts community because I do not think my family would have survived without that support.

ALSO READ |Contagion and Colours: Art highlights from 2021 and what to look forward to

In the last two years, my theatre has changed considerably. During the first wave, when we were cooking and handing food to migrant workers, art in any capacity did not make sense for our world. It was a moment of anger and helplessness. It forced me to ask big questions like what was I was doing with myself? But, the only way I know to deal with things is to react artistically. I was at home — away from my studio — and had nothing but paper, sketch pens, and a pair of scissors. I made The Girl in the Pink Frock, in memory of a nine-year-old girl who was walking home with her parents. They had come from Manesar and were going to Bonda, 508 km away, in UP, and had not had food since the previous day. There were so many children walking. I was so upset that I called a friend, Aditi Mediratta, who wrote the story of The Girl in the Pink Frock and I started drawing it. The Girl in the Pink Frock is available online as a little paper-theatre film.

Making the piece made me understand that in these incomprehensible times, you do things just to feel that you are doing something. The bottom line is that you can create under any circumstances and with very little. Just before the pandemic, I was making huge stage productions like the Mahabharata. Over the past few months, it has hit home that I cannot have a stage with 20 lights and costumes and create in a black box or a big proscenium. Audiences resonate with something simple because, in difficult times, you still need to hear stories. Artistic work doesn’t have to stop, that the arts are not just for commerce. They offer something more. You still need hope or despair — and art can come from a very simple place.

After Girl in the Pink Frock, I had one of the best creative phases of my life. We have been creating non-stop since then. We made puppet films because we couldn’t do live shows anymore. There was Teelapur ka Rakshas, which is a piece three of us (??) did on Zoom. When I began research on my recent production Arabian Nights, with which we travelled to France this year, I came across a piece of news that a Syrian woman in a camp in Greece used to stand outside in the cold at night and tell stories and sing songs from the Arabian Nights.

It takes a great crisis to understand the importance of telling stories. The entire artistic community is asking what is the role of art in the post-pandemic world. We know the role of a doctor and teacher but all the other professions made sense in a world that was in a certain way. Are we artists superfluous and can we be done away with or is there meaning in what we do?

My understanding is that the need for stories that art offers is much more now. There is a crisis among children, who are not going to school or meeting children their own age. We get an almost daily reminder that children need something to deal with uncertainty. A mother told me that fairy tales deal with happily-ever-after but these are not times for ‘happily ever after’. Who knows how tomorrow will be? Children have been very quick to understand that disease could take a loved one away and it could mean that you cannot leave your house or meet friends or grandparents for the next two years. Even children who haven’t lost one or both parents or relatives have realised that adults have zero answers. That crisis is a very big crisis — to know that they do not have a secure future, that tomorrow they might not have what they have today. We don’t have narratives to deal with uncertainty like this. We don’t tell our children enough stories about coping.

The same is true for adults. More than anything else, we need comfort as well as the assurance that everything passes and we will be able to cope. That, this too shall pass. It may not be fantastic but there will be another day. COVID has taught artists about the power of the story and how important it is in our lives.

As told to Dipanita Nath