Imagined decades ago in 1961 by the late Bulgarian-born artist Christo and his wife and fellow artist Jeanne-Claude, who died in 2009, "L'Arc de Triomphe, Wrapped" was finally brought to life by Christo's nephew, Vladimir Yavatchev at a cost of about $16.54 million 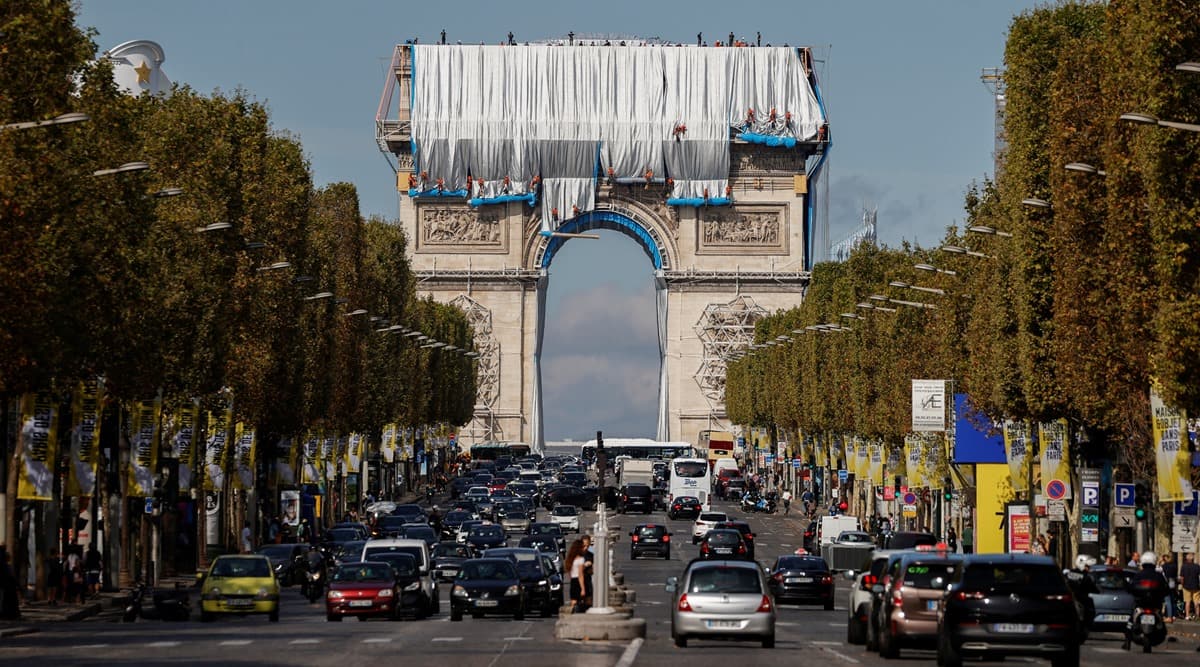 Visitors to Paris were surprised on Sunday when strolling up the Champs-Elysees as dozens of workers began enveloping in a shimmering wrapper a posthumous installation by artist Christo at Arc de Triomphe monument.

Workers were shuffling around the 50-metre high, 19th century arch setting up 25,000 square metres of silvery blue, recyclable plastic wrapping, which will be on view between Sept. 18 and Oct. 3.

Imagined decades ago in 1961 by the late Bulgarian-born artist Christo and his wife and fellow artist Jeanne-Claude, who died in 2009, “L’Arc de Triomphe, Wrapped” was finally brought to life by Christo’s nephew, Vladimir Yavatchev at a cost of about 14 million euros ($16.54 million).

Christo, who spent part of his life in Paris and in New York, once rented a small room near the famed Champs-Elysees avenue after moving to Paris in 1958, when he experimented with wrapping discarded crates and barrels with fabric and rope, according to an official site about the artist. 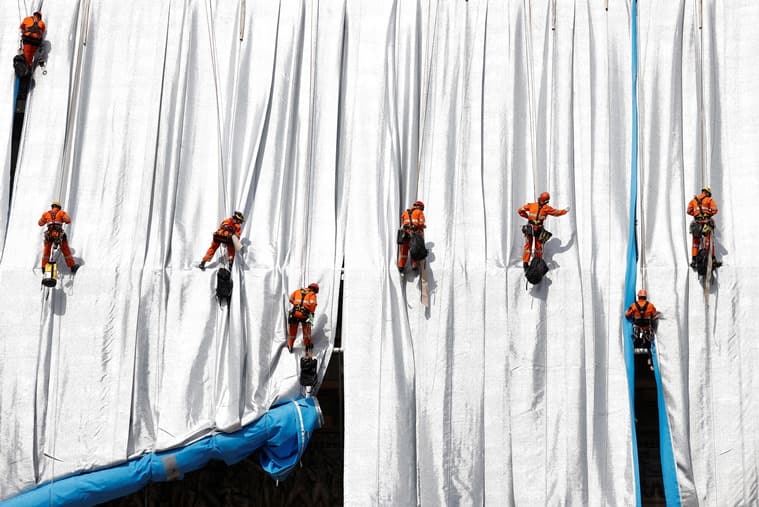 Workers install a shimmering wrapper to envelop Paris landmark, the Arc de Triomphe, in a posthumous installation by artist Christo on the Champs Elysee avenue, in Paris. (REUTERS/Christian Hartmann)

Christo, whose full name is Christo Javacheff, was known for his larger-than-life installations. He wrapped up a stretch of coastline in Australia and the Reichstag parliament building in Berlin, and strung up a huge curtain in part of a canyon in Colorado. He worked closely with Jeanne-Claude on the projects.

The pair covered Paris’s Pont Neuf bridge in yellow cloth in 1985.The Arc de Triomphe project, involving the most visited monument in Paris that looms over one end of the Champs-Elysees, will still allow tourists to visit the site and its panoramic terrace. The monument is also home to a tribute to the Unknown Soldier, in the form of a flame of remembrance that is rekindled every day.