The Decade That Was

Ten years since inception, Experimenter has emerged as one of India’s leading contemporary art galleries that has questioned existing curatorial practices. In 2009, when two management graduates, Priyanka and Prateek Raja, established an art gallery in Kolkata, they had a singular vision — to focus on curatorial programming and showcase contemporary art that challenged existing notions. Within a decade, their brainchild, Experimenter, has become one of the foremost contemporary art galleries in India. The couple has often been lauded for their efforts and Experimenter was listed among “the most important young galleries in the world” by art portal Artsy earlier this year. “It feels wonderful to be acknowledged but at the same time it’s also a responsibility,” says Raja.

Over the years, the gallery has built a formidable roster of artists that they represent, comprising some of the best in the region — from RAQS Media Collective and CAMP from India, to Pakistan’s Bani Abidi; Samson Young, a sound artist from Hong Kong; and Berlin-based artist Nadia Kaabi-Linke. One of the first artists they signed was Bangladesh’s Naeem Mohaiemen, who was recently collected by Tate Modern and nominated for the Turner Prize last year. “We felt that the work of a lot of artists was not being shown in the right context and in the right kind of curatorial constructs. We were looking at a particular kind of artists who had a particular strength in the questions that they were raising, from politics to national identity. A lot of these artists were actually showing abroad in seminal exhibitions,” says Prateek. Bani Abidi’s works at the gallery

The couple will celebrate 10 years of the gallery with an exhibition by Mohaiemen that opens on August 23. Also lined up is an extensive programme, from August 23 to 25, that includes guided walks across Kolkata, a book reading of Now Wander Together on artist Prabhakar Pachpute and documentary photographer Soumya Sankar Bose’s Let’s Sing An Old Song, based on a body of work by Jatra artists. A panel discussion will have vocalist TM Krishna and artists Amar Kanwar and Shuddhabrata Sengupta. The galaxy of artists represented by the gallery will also come together for a group exhibition titled “Searching for Stars Amongst the Crescents” that “seeks propositions of a future living”. On display will be works of Praneet Soi, Ayesha Sultana, Sohrab Hura and Adip Dutta, among others. “The stars and crescents symbolise two different ideologies. The exhibition proposes this iterative process where artists imagine new possibilities, alliances and search for a retelling of our complex relationship with ourselves and what we see around us,” adds Prateek. 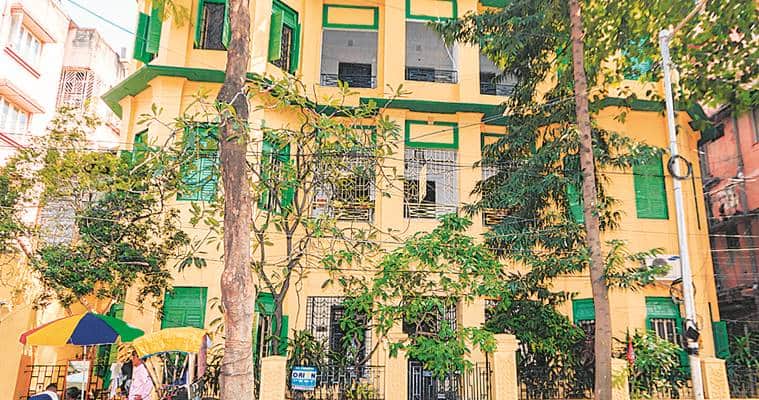 This desire to offer an alternative is what led to the very inception of the gallery. At first, Prateek quit his corporate job in 2004 to join his family business of handloom textiles. Visiting art galleries led him to further explore the art market and its limitations. During his long conversations with artists, he realised that there was a need for platforms that hosted well-researched exhibitions and represented new wave of artists in South Asia. A year before Experimenter began, Priyanka, too, left her job at Procter & Gamble. The just-married couple travelled the world for six months, looking at exhibitions and meeting artists, concluding the trip with a course on South Asian Contemporary Art at Sotheby’s, London. Back in Kolkata, another six months were spent in setting up the gallery. The location they chose is a ’30s building on Hindustan Road in Kolkata. “We had planned the exhibition calendar for 18 months in advance before we opened the gallery,” reveals Prateek. The impressive line-up caught immediate attention. One of the earliest exhibitions was a three-person show “Freedom is Notional” comprising works of Abidi, Mohaiemen and Shilpa Gupta. In 2013, Experimenter hosted the Turner Prize-winning British art collective, Otolith Group. “We were looking at artists who hold a mirror to society as it is today. Everything that we have done since has been a very deliberate programme. On an average we follow any artist for at least two-three years before we begin to work with them. We try to understand the person, not just the practice,” says Priyanka.

Efforts have also been made to encourage discussions around art. In 2012, the gallery launched the Curators’ Hub, with an intention to discuss curatorial practices around the world. While the gallery publishes books and monographs, the Experimenter Learning Programme organises workshops, film screenings and outreach programmes. Experimenter Radio features a playlist of music chosen by artists and writers. “We are not a passive space for looking at work but an active space to learn and think,” says Priyanka.