Should India be celebrating La Tomatina?

Why wasting tonnes of tomatoes for a one-hour festival which we’ve borrowed from Spain, is almost criminal in a food-starved country like India. La Tomatina, like Halloween, is a new festival for India. (Source: AP Photo)

Indians love celebrating festivals. In fact, we pretty much have a festival for each day of the year. La Tomatina, the new recruit, although not as big as the traditional festivals have gained popularity. Thanks to the 2011 flick, Zindagi Na Milegi Dobara which was pretty much set in Spain and had an entire segment showing the film’s cast celebrating the La Tomatina festival, which is organised in Bunol, Valencia, Spain.

Since then this phenomenon of “tomato rioting” has garnered India’s attention and has been culturally appropriated by us and many other countries. Started in 1945, the festival is organised every year on the last Wednesday of August. It usually sees tons of tomatoes being transported to the area, with people throwing, rolling in and dancing on the tomatoes for over an hour. In 2017, Bunol witnessed a crowd of over 22,000 with around 165 tons of tomatoes used.

There have been incidents of Indians celebrating the festival in the country too. Now this adoption and inculcation of other traditions is usually welcome and it reflects our tolerance towards other cultures. But one has to ask whether in a country like India, which has a shortage of food and produce at the best of times, celebrating a festival which sees tonnes of vegetables being ruined and wasted, is slightly if not totally misplaced.

Globalisation is not just limited to the mobility of labour and capital, but also of culture, art, and tradition. However, it is important to note that every culture is over time integrated with its own unique demographic and geographical aspects and any efforts to adapt to a different cultural variant usually comes with a local caution. In this case, the introduction of festivities based on throwing tomatoes at one another comes at a cost of food security, ecology, and sustainable agriculture to the developing world.

In 2011, the Tomatina festival was banned in Karnataka and Delhi. These events came under scathing criticism and the concept attracted severe disapproval from the world during the 2016 “tomato emergency” in Nigeria. In 2013, the Funtasia water park organised their version of the festival in Patna, Bihar on a paid-entry basis. Similarly, in 2014, Vadodara witnessed a private event on similar lines, which later came under hefty penalty, owing to non-payment of entertainment taxes and wastage. The arid economy of Rajasthan has also been privy to these celebrations in heritage hotels which are hired out by private parties to celebrate La Tomatina. According to a report in Times of India, Holi celebrations were married with La Tomatina in Vishakapatnam this year, with organisers arranging for 3000 kgs of tomatoes to be thrown along with the Holi colours.

Do we really have tomatoes to spare?

In 2017, newspapers were full of reports on how tomatoes were being guarded for their skyrocketing prices in Indore, Madhya Pradesh. Realising the crop’s horticultural value, several state governments provide for a “price deficiency payment mechanism” in the case of tomatoes. In July 2018, a recent strike by truckers affected pricing and accessibility of tomatoes. Being a key ingredient in traditional curries all across India and the Government of India’s ‘Mid-Day Meal’ programme in several states, food security takes a hit each time there are supply or price-related structural constraints.

Keep in mind that according to the ‘State of Food Security and Nutrition’ in the World 2017 report, India is home to 190.7 million undernourished people, and 38.4 per cent children under the age of 5 are stunted. It also shows that 51.4 per cent of women in reproductive ages are anemic and the incidence of hunger in India is around 14.5 per cent for the overall population. Additionally, the number of undernourished people in the world increased to an estimated 815 million in 2016, up from 777 million in 2015. (Livemint, 2017).

Not the best statistics to support any wastage of food – especially wastage for the sake of entertainment.

Of course, endorsers of La Tomatina have argued in the past that the tomatoes used during the one-hour festival are of inferior quality, overripe and unfit for consumption.

Just the fact that agricultural produce is grown and then put to waste, is ridiculous, especially in countries such as India where luxuries such as these simply can’t be afforded. It might sound harsh, but it simply reflects an apathetic attitude towards many who are unable to afford two square meals a day.

Yes of course we should adopt and familiarise ourselves with festivals and celebrations of other communities and people, but at the cost of food security? I think not. The best way to celebrate La Tomatina in India would be to watch people celebrating it on TV and by cooking lots of tomato-rich delicacies. That would be tasty and less destructive for certain.

UP Assembly: Opposition walks out over law and order, govt says crimes have gone down 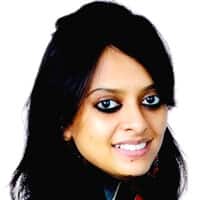