Rang Mahal, a film in Santhali language by Prantik Basu, is a part of this year’s Berlinale Shorts International Competition

Prantik Basu, a graduate of the Film and Television Institute of India (FTII) in Pune, was making another documentary in Purulia when he came across Khodi Dungri, a colourful chalk-stone hill, whose whole rocks are used by the local Santhali community to make murals and paintings in their houses. 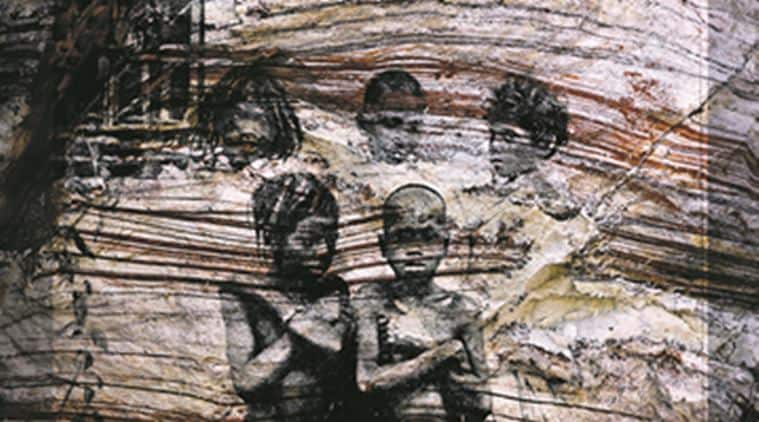 A still from Rang Mahal.

In the beginning, there was only water. Deep, endless ocean,” says an unseen woman as darkness fades from the screen to reveal a craggy surface parted like a mouth. She begins to recount the creation myth as the camera lingers on the rocky slopes — making the audience feel the visceral promise of a story as old as the hills.

This playful juxtaposition of image and word marks the short film, Rang Mahal, by Prantik Basu, which has been selected for the 2019 Berlinale Shorts International Competition. It is possibly the first Santhali language film to be a part of an international festival. Produced by the Delhi-based Public Service Broadcasting Trust (PSBT), the film follows a woman talking about the origins of the world while her village prepares for an annual ritual. In the past, 14 films of PSBT have been screened at the Berlinale in various segments.

Basu, a graduate of the Film and Television Institute of India (FTII) in Pune, was making another documentary in Purulia when he came across Khodi Dungri, a colourful chalk-stone hill, whose whole rocks are used by the local Santhali community to make murals and paintings in their houses. This was the genesis of the film, and the reason he never shows the face of the woman narrator in Rang Mahal. “Showing the narrator would have associated the voice/story with a particular face/character. That takes away from the purpose of talking about how oral storytelling varies in each narration, much like the rocks, we see in the film, which change shape and colour. Hence, the decision to keep the source ambiguous and somewhat timeless,” says Basu. 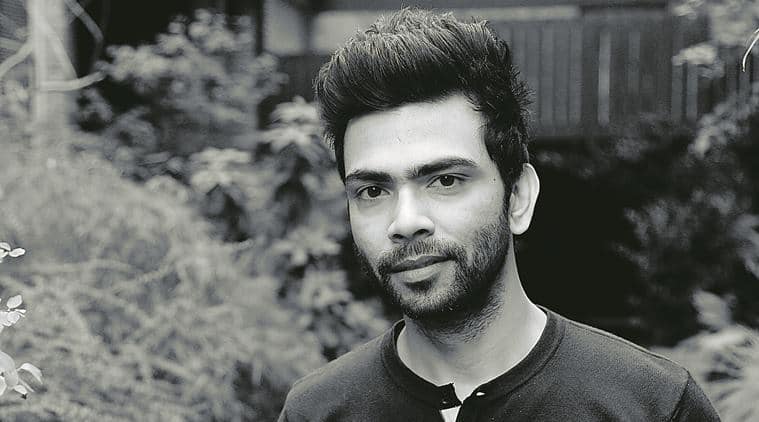 While completing his graduation in English in Kolkata, Basu would spend hours at the nearby Seagull Media Resource Centre watching rare foreign films from their archives. “This is when I started making short films, in 2006, before the DSLR times, when filmmaking was not as accessible as it is today. A few media production houses in Kolkata would rent out camcorders. I freelanced as a scriptwriter for one such house and managed to rent a PD 170 for a couple of days,” he says.

He borrowed Rs 7,000 from his mother to make his first short film. “That short, in a way, led to my selection at FTII, where I worked across disciplines and mediums and finally pursued my study in film direction. Oscillating between documentary, fiction and folklore, my present work attempts to engage with the politics of gender and the relation between nature and human,” he says. He won the the Indian Jury Prize at Mumbai International Film Festival for Ek, Do in 2011 and the Tiger Award for Short Films at IFFR 2017 for Sakhisona, based on the folklore as well as artefacts
excavated from around a mountain called Sakhisona near Mogulmari in West Bengal.

With Rang Mahal, Basu broke the conventional documentary film format and “consciously avoided being literal, but tried to leave behind tiny clues and connects for the audience to build upon their own observations and create their own meanings”.

The film lingers on the rock faces, cliffs, colourful huts, trees that sway in the afternoon breeze, birds and animals but is sparse in people. “Human activities are not at the core of my film. It is in fact the peripheral that I am interested in. Our popular viewing culture have put humans at the centre of every narrative. I believe cinema is capable of going beyond this. It can allow us to envisage the narrative possibility of an altered frame of reference,” he says.

Basu’s next film is a subaltern romance called Dengue, revolving around a medical student, a Bangladeshi immigrant labourer and a humid, rain-drenched summer in Kolkata. “It is romance between two men from different socio-economic backgrounds. It is love story but not in the conventional sense. Last year, I was invited to a screenwriter’s residency in Italy to develop the project and later received the prestigious Hubert Bals fund for it. Last week, I presented the project the Eye film museum in Amsterdam to international co producers and the response was quite overwhelming,” says Basu.

Tyranny of the majority