‘Mythology is a source of political debate’

As Puducherry-based Adishakti group brings its latest play Bali to Prithvi Theatre, its artistic director and actor Vinay Kumar talks about their process and questions the notion of righteousness 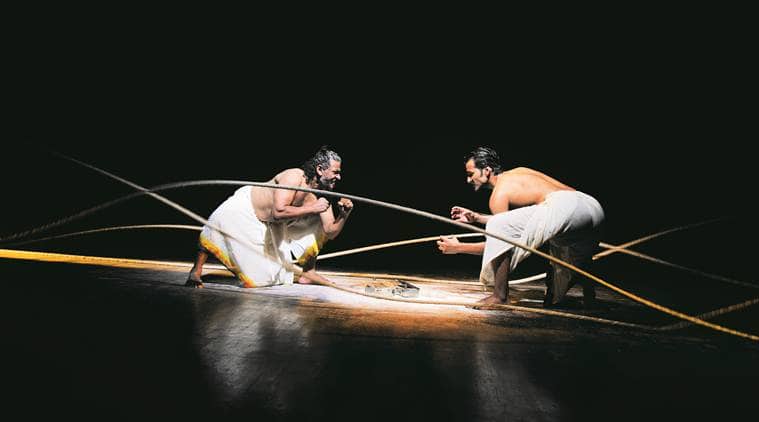 Wrestling is the base for the new play

THE latest production of Puducherry-based theatre group Adishakti — Bali — is a retelling of the various events that lead up to the battle between Bali, the ruler of Kishkindha, and Ram, the king of Ayodhya, and eventually, the death of Bali. Written and directed by Nimmy Raphel, it’s their first production after the demise of Adishakti’s founder Veenapani Chawla. Vinay Kumar, who is Adishakti’s artistic director and plays Bali, talks about the new play, exploring the notion of right and wrong through this episode from the Ramayana and the group’s leaning towards mythology.

In the past you have played other mythological characters such as Bhima and Brihannala. As an actor, how important is the character Bali for you?

Bali in multiple ways is an important character for me. Throughout my career, I’ve worked with Veenapani and performed in plays she created. So, it became a big void after she left. This is when a homegrown writer and director Nimmy Raphel, who has been part of Adishakti’s actors ensemble, stepped in.

Bali as a character is always fascinating. When we read mythology, we tend to take positions. Bali is an apt example to look at the notion of righteousness because so much grey lies in each human being. Bali in terms of that brings certain complexities. Nimmy’s interpretation breaks certain stereotypical notions of Bali as a character. 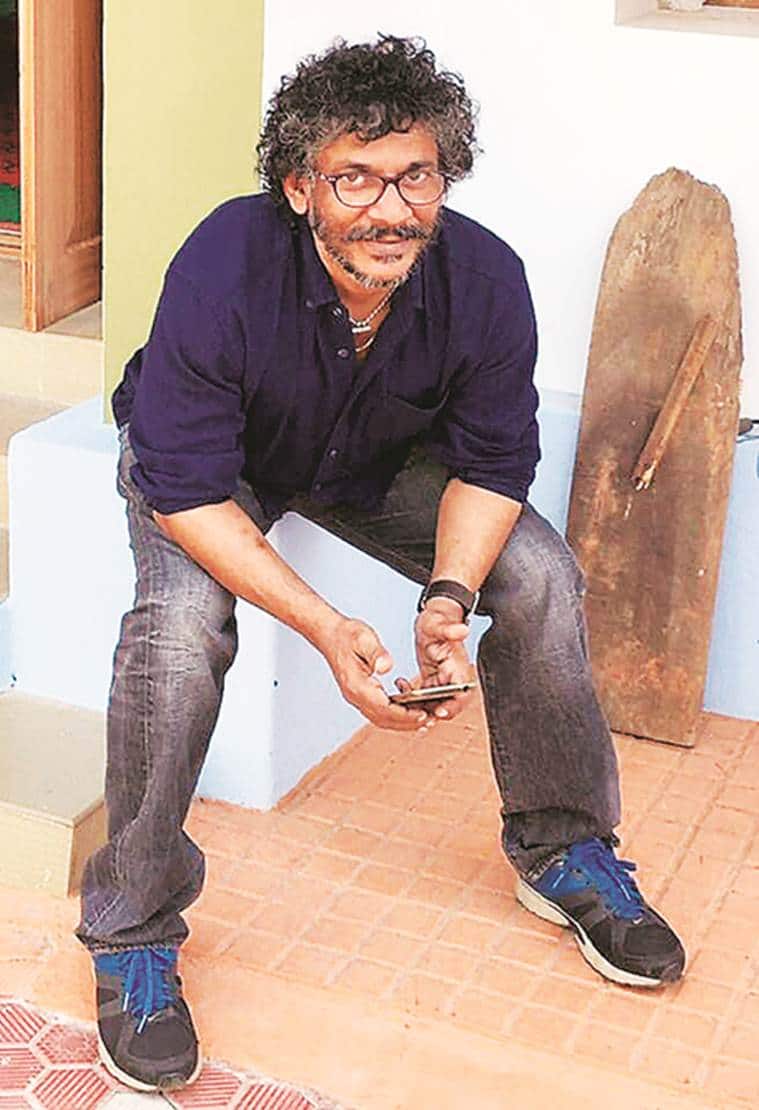 Vinay Kumar, who is Adishakti’s artistic director and plays Bali, talks about the new play, exploring the notion of right and wrong through this episode from the Ramayana and the group’s leaning towards mythology.

How did you prepare for the role?

The preparation was arduous because after Veenapani’s demise there were lots of expectations in terms of what performative language Adishakti would adopt. Will we repeat her process or will we try something new? Nimmy as a director said she wanted kushti (wrestling) as the base for Bali. We got wrestling trainer Milind Dattatray Manugade from Nagpur to train us for about six weeks. The play’s second half has both humour and melancholy. A lot of vintage slapstick is what we tried to look at and trained our bodies like Charlie Chaplin’s and Buster Keaton’s.

How has the collaboration with Nimmy Raphel been?

Veenapani’s vision was to develop Adishakti as an auto-didactic theatre group, where multiple people create theatre pieces. She initiated the ‘Ramayana Project’, where artists created their own work. As a resulted I wrote the play The Tenth Head, which was Veenapani’s last directorial work. Nimmy wrote and directed a play called Nidravathwam. We knew that Nimmy can make her own path. When it comes to Bali, Nimmy sensed theatre more as a visual perception, even though she had the full script in hand. The year-long preparation was amazingly fun and explorative.

You have some younger actors in the cast too. Did they go through the rigorous Adishakti training for the play?

Yes, we have some young actors who have joined the core team. They are ready to throw their hat into the ring. Whatever process as an actor that I went through, they all went through, even more during that one year. Training their body and voice has become a continuous process now. The cast includes Rijul Ray, Kiyomi Mehta, Ashiqa Salvan, and Arvind Rane, who has been with Adishakti since its inception.

In the past, Adishakti has staged plays based on mythological characters such as Impressions of Bhima, Brihannala and Ganapati. Why is the group drawn so much to mythology?

Adishakti’s earlier plays (Sophocles’ Oedipus, Tom Stoppard’s Rosencrantz and Guildenstern are Dead and Euripides’ Trojan Women) are all pre-written plays. Around 1992, Veenapani decided that she needed to create her own plays. That is when a particular identity question arose. She was a post-independence child, a displaced Punjabi, growing up in Mumbai trying to figure out what identity she has. That’s when her journey started. Then it became imperative to look at the stories of the land. For us, mythology became a rich source of political, philosophical or ethical debate, even though as a modern human entity we go through it. It’s become very important to take this source of stories like a pod and expand it into a contemporary milieu so that there are questions asked from a different time and spirit to a contemporary audience.

You have been working on a play on Sita. When are we likely to see it?

I started working on Sita because that is the concept note written by Veenapani just two weeks before she passed away. In the middle of the process, I thought maybe I don’t need to speak the way Veenapani had spoken. As a writer and director, I need to discover my own way of understanding human mechanism, its politics and its ethical behaviour. I started writing a new play that uses my way of how it should evolve as a performance. It might be ready next year.

In the future, what can the theatre community expect from Adishakti?

We want Adishakti to continue its three main goals — research, performance creation and a seminal space for creative people. We are also developing our own festival called ‘Remembering Veenapani’. Adishakti is encouraging a bunch of new theatre practitioners and musicians to use its space to create their work. Finally, as homegrown artists we are encouraging team members to be auto-didactic by writing and directing their own work. Once that sets in, we can have a production every year with a different writer and director.