In the past two years, the actors and directors visited malls, construction sites, aquariums, sex shops, war memorials, and shrines to children lost in the womb. 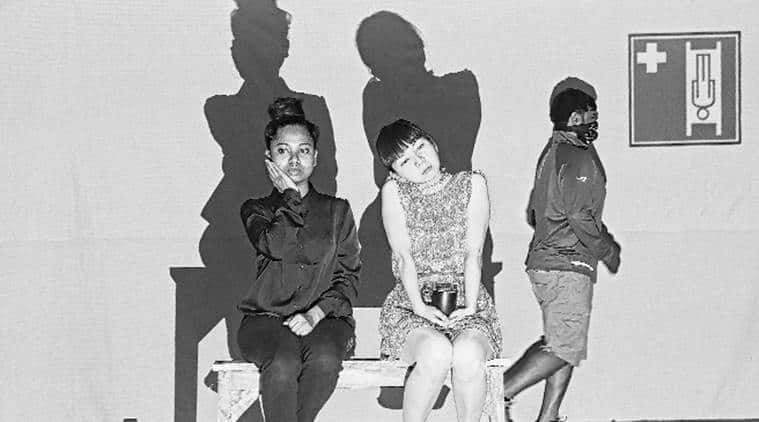 The characters in the play emerge from observations and conversations in and around the city.

Six characters come together while trying to pursue their desires or escape their demons. Trapped between “shadowy pasts and the foggy present”, they negotiate love and loneliness, hunger and health, and their only comfort is also their greatest challenge — the city to which they belong. “They cannot escape this place and must try anything they can to bear it,” says Neel Chaudhuri, director of Delhi-based theatre group Tadpole Repertory, about the play This Will Only Take Several Minutes, which opens at Ranga Shankara in Bangalore today. It will be staged in Mumbai’s Sitara Studio on January 25 and 26, Pune on January 29 and Delhi’s Oddbird Theatre on February 1 and 2. The play is presented by Delhi-based The Japan Foundation.

Based in a fictional city — “not far from yours” — the play is a collaboration between Tadpole Repertory and Tokyo’s Hanchu-Yuei theatre group. In the past two years, the actors and directors visited malls, construction sites, aquariums, sex shops, war memorials, and shrines to children lost in the womb. The characters in the play emerged from observations and conversations and range from a vulnerable and damaged man played by Bikram ‘Momo’ Ghosh to Piyush Kumar’s charming rogue with his uneven English and natural Hindi diction.

The narrative, like the urban milieu, does not follow a linear structure or conventional logic. The minimal set is enlivened by the use of the actor’s bodies as a performance tool as well as projected graphics, animation and text. Characters come together and separate and even locations and time frames are fuzzy.

The use of vignettes marked another city-based play by Tadpole. Still and Still Moving set the forced physical intimacies in the crowded general compartments of the Delhi Metro alongside an evolving relationship between an older and a young man. Hanchu-Yuei’s principal writer and director Suguru Yamamoto appears similarly motivated by realities that exist in hidden folds in plays, such as I Can’t Die Without Being Born, which was shortlisted for the 59th Kishida Kunio Drama Award in 2015.

“There are conceptual differences in our languages and ways of seeing; something as fundamental as humour exists very differently in Japanese, English and Hindi. We had to work through these challenges and, I think that facing them, made the experience richer,” says Chaudhuri. That’s one of the reasons the play has two names, with the Japanese title translating into ‘2am Coffee Cup Salad Bowl Utopia’. “I thought ‘This will only take several minutes’ was an apt phrase and something that you hear in a hospital, a government office, a restaurant or even from your lover. Suguru felt that while it served the play well, it didn’t translate quite so effectively into Japanese. So, we decided that the play would have another title, in Japanese,” he says.

Unless you deglamorise, you are not taken seriously: Taapsee Pannu on why her upcoming film Runningshaadi.com is special to her