By cherry picking its clients and assorting stories it wants to tell, by ticking boxes of caste, religion and class as imperative for an arranged alliance, Indian Matchmaking panders to the West gaze with complying obedience.

Indian Matchmaking is streaming on Netflix.

When Indian Matchmaking dropped on Netflix recently, I consumed it in a day, gaping in equal part investment and irreverence. After peddling reality tv shows and made-up rules to promote and examine intimacy in recent years, the streaming giant was finally dealing with a homegrown concept. The premise was no longer manufactured. Positioned as an outlet to familiarise the world with a practice peculiar to India and Indians; the documentary could have been a first-hand exploration about the evolving origin of a cultural custom and the multifarious ways people go about it. And for millennials back home, it could affirm our rejection of a practice we long recognise as outdated or be a vehicle to convince us of its efficiency in a language we comprehend better than our parents’ monologues. But Indian Matchmaking dilutes an age-old practice by blunting the pointed shards on which it has stood for years. The end result is an eight-episode betrayal for the audience in India and a cut-to-fit documentary about the country and its traditions for the West, confirming every suspicion they nurtured.

Created by Smriti Mundhra, who previously co-directed A Suitable Girl in 2017, it follows Sima Taparia, one of India’s top matchmakers as she visits her clientele spread across India and abroad. At the very outset, Taparia (“from Mumbai”) insists, “Matches are made in heaven and God has given me the job of making them successful on earth,” thereby placing herself beyond reproach. But in her job of a self-declared messiah (it is never shown how much she earns) intending to bring together people with the supposed divine connection, she falls back on caste, class, complexion, height and sometimes breadth of smiles as plausible criteria for two people to give each other a shot at spending their lives together.

In one of the instances, she convinces Nadia, an event planner in New Jersey the viability of meeting a particular boy for both of them are half-Guyanese. As conversation runs dry with no spark whatsoever, their shared nationality hardly comes to the rescue. The innocuousness of this approach reveals its menacing underpinnings more intensely when a distressed mother is shown consulting Taparia regarding her younger son’s marriage. When the conversation manoeuvres towards enlisting her son’s preferences for his prospective bride — which essentially translates to her choice — the girl in question is dehumanised down to adjectives “smart, outgoing, flexible” effacing and not just replacing her identity. At one point Taparia suggests, “height apne ko 5’3” chahiye” (we need height to be 5’3”) much to the agreement of the mother. For all you know they could be talking about a pole.

Women in the film are dehumanised down to being erased of their identity.

Such misguided gender politics inform the entirety of the show. For a documentary on matchmaking, the series unfolds as a matchmaker’s biopic with Taparia playing the titular character. She serves not just as the narrator but also as the voice of the show, revealing its intent or as the creators would like to believe a snapshot of reality where ambition and marriage exist as an either or choice for women. Take for instance the way the show deals with Ankita, a female entrepreneur living in Delhi. After being constantly told to compromise, which includes looking past the fact that the man she went out with hid that he was divorced, she changes her mind about marriage as her career takes off.

This is to critique not what she did but the depiction of the show which implicitly suggests a refusal to adjust to be a dead-end for arranged marriage when it comes to women. But it is Aparna Shewakaramani, the 34-year-old lawyer from Houston who reveals the problematic politics of the show by owning herself with rare candour. Ever since the show debuted, Aparna and her 55-minute dating rule, being skeptical of a man for not knowing Bolivia has salt flats, and flat denial to not be with funny men have become a staple of memes, indicative of being both accessible and aspirational. Undoubtedly the funnest member who deserves a spin off of her own, she is the only woman who knows what she wants and unhesitatingly relays it. Brought up by a single mother, she has been given both time and freedom to be her own person. But for Taparia, she is picky, rude and poses the most problem to be paired up with someone. Aparna then in the matchmaking universe is painted as the antagonist while the men get away by being indecisive and closed. On the contrary, look at the indulgent way the show presents Akshay, one of her clients from India when he expresses his wish to marry someone just like his mother and later states without a hint of irony that he would not want his wife to work.

Aparna reveals the problematic politics of the show by owning herself with a rare candour.

The problem with a show like this is not redundancy of representation but the inadequacy of it. By cherry-picking its clients and assorting stories it wants to tell, by ticking boxes of caste, religion and class as imperative for an arranged alliance, Indian Matchmaking panders to the West gaze with complying obedience. Back home for women like me in their late 20s, who relentlessly postpone conversations about marriage with parents and on vulnerable nights catch themselves considering that very idea as a cop-out from urban loneliness, Indian Matchmaking ends up being a cautionary tale. By pillorying the qualities we have nurtured with care and commending those we have fought too long to discard, the show demonstrates that if arranged marriage is a transaction, women stand to lose their very self in the bargain. 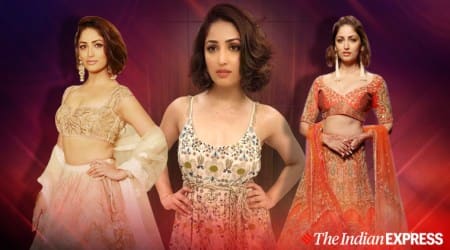