Falguni Shah also spoke about being a brown musician in an America that's still attempting to understand racial equity, and explaining the same to children from diverse cultures through her music. Falguni Shah will walk the red carpet at the Crypto.com Arena in Los Angeles

Earlier this year, New York-based singer-songwriter Falguni Shah aka Falu was taken aback by a question from her nine-year-old son Nishaad – “If you are not white, what do you lose in terms of privilege?” Falu was not expecting a question deep from the complex world of racism and identity. The pandemic had brought life to a halt, George Floyd’s murder had sparked nationwide protests and Black Lives Matter was a slogan that one heard everywhere. Nishaad also had a follow-up question – “Why do white people get away with things that coloured people don’t?” Falu, 39, thought hard about how to answer these innocent yet profound questions. “As parents, you don’t want to tell them that it’s a horrid world. It’s hard to say that you will sometimes go against people who sometimes don’t like your skin colour. These kids see racism in school every day,” says Falu, over the phone from New York city, adding that it was a struggle explaining racial equity to her child, who was brown and studying with kids from varied ethnicities.

So Falu decided to simplify things through music. She created the analogy of crayons, a message to prepare his son that the world is not black or white, and it has different colours and they can live peacefully with the others. The result is the song, Crayons are wonderful – a gentle ditty that recontextualises the concept in a tune loosely based on raag Pahadi and has lyrics that go ‘It’s magical, it’s beautiful, the way that colours get along’. “So we make a song about being brown or what our real identity is. The story was simple – the crayons are all of the different colours but they live in one box together peacefully. I wanted to show him that being brown is alright. And music gets through kids in a much easier way. When you talk to your kids through songs and happiness, it easily penetrates into their minds as compared to lectures,” says Falu, who included 11 other songs such as Happy, Rainbow, Kite, A Visit to the Farm, and The Elephant Stomp, among others, to create the album A Colourful World (El Cerrito Records). It is also her attempt “to have some fun, too, because the kids are going through a very difficult time because of the pandemic”. 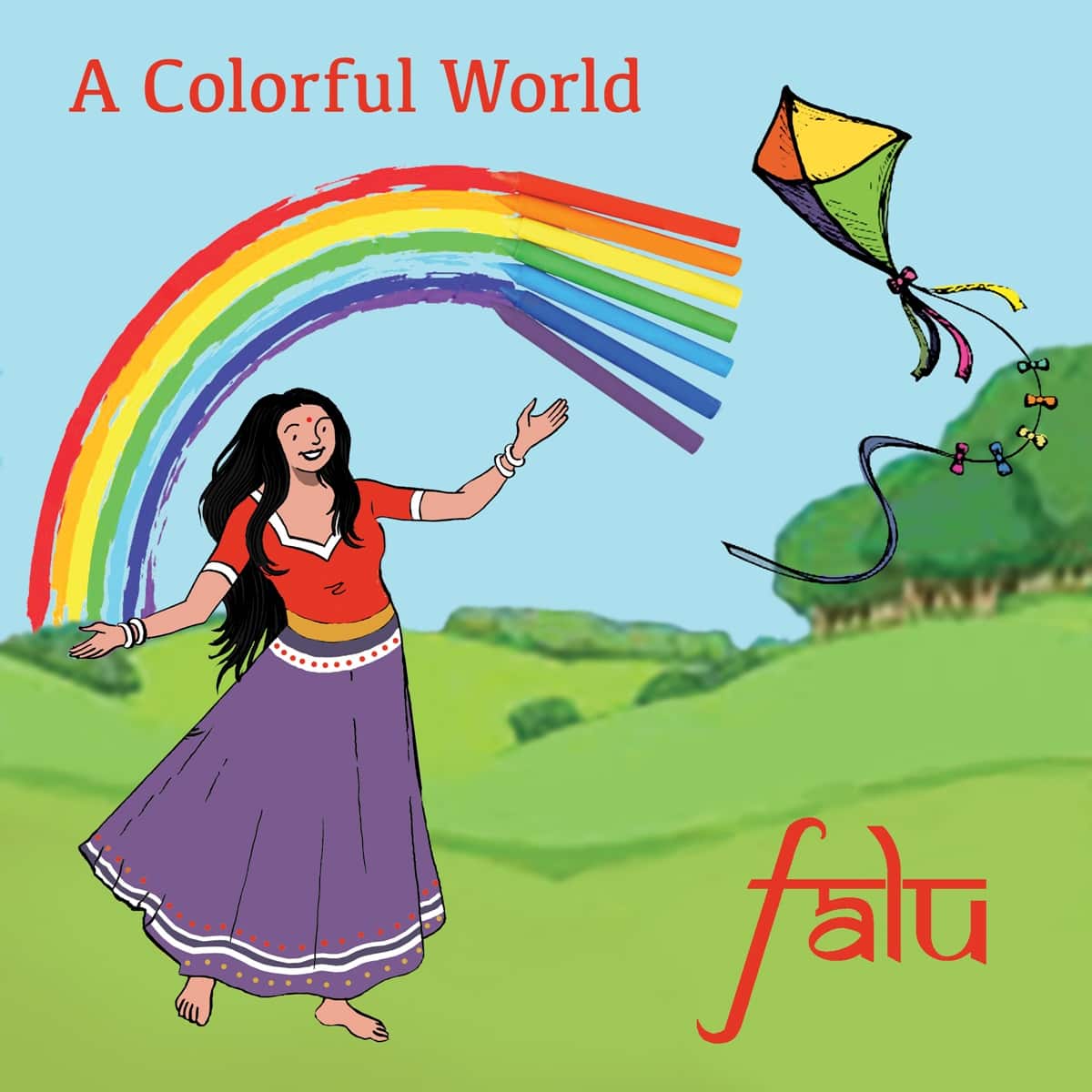 Crayons are wonderful – a gentle ditty that recontextualises the concept in a tune loosely based on raag Pahadi and has lyrics that go ‘It’s magical, it’s beautiful, the way that colours get along’.

What she did not factor in was that the album will get her a Grammy nod — and a win — for 2022 in the Best Children’s Album section along with Mexican duo Lucky Diaz and the Family Jam Band (Crayon Kids), Spanish musicians 123 Andrés (Actívate), 1 Tribe Collective (All One Tribe) that features 26 artistes from a black family and American politician, musician and academic Pierce Freelon (Black to the Future) – making her one of the two Indians nominated this year. The other is composer and Grammy winner for 2015, Ricky Kej, who is nominated along with American composer Stewart Copeland, remembered as the drummer of legendary band The Police, for their collaborative album Divine Tides – a nine-song album produced by Bengaluru-based Lahari Music. This is also Falu’s second nomination, the last one being in 2019 for Falu’s Bazaar, also an attempt to reassure her son of his roots and identity.

While the nominations were announced on November 23, Falu will be walking the red carpet at the Crypto.com Arena in Los Angeles on January 31, as opposed to the previous Grammys held at Staples Centre, in the hope that she returns with the hallowed gramophone this time.

Early last year — the Grammys 2020 — the best children’s music category got caught in a controversy, something that rarely happens with this particular category. Three of the five nominees in the category refused to accept the nomination because the five nominees were “all-white” musicians including themselves. This was again in the aftermath of the Black Lives Matter movement where America questioned and talked about racial equity in the country. Musician Alistair Moock, and acts Dog on Fleas and the Okee Dokee Brothers didn’t want to be nominated at the Grammys. Conversations that followed led to policy changes by the Academy, resulting in a very different kind of nomination list in this time – five artistes of colour have been nominated, including Falu. “A lot of people felt that some fields in music just do not have enough colourful representation and declining the nomination was their way to say that,” says Falu, who adds that the Recording Academy also changed the way it chose a winner. Under the new policy, nominees in non-craft categories such as children’s music, will be chosen through votes– a landmark change from the lack of transparency that has existed in the system. Falu’s own album has a list of diverse musicians and producers on board. “We are from all backgrounds, but music united us,” she says.

Also on Grammys |New book chronicles the journey of Indian music to the West through Lakshmi Shankar, one among the few Indian female Grammy-nominated vocalists

The album is also unique because of the way it’s been created. The cello was recorded in Florida, the tracks were recorded in Spain, the gospel harmonies and piano pieces were recorded in San Francisco and Falu flew to El Salvador studio in San Francisco to record her own vocals. The result is a lot of layering in orchestration which wasn’t the case in her last album. “Because we were not confined in a studio, we had the option of doing more. Oscar Autie one of the sound and mixing engineers brought everything together in a beautiful cohesive way. Kids in Spain, in New Jersey, one in New York, everything was recorded separately. Because of technology, we were able to broaden our sound palette so much,” says Falu.

Growing up in Mumbai’s Juhu, Falu heard music since she was a young girl. Her mother, a musician at All India Radio, was singing to her and Falu loved the sound of it. Her interest in music led to training in music, first under Kaumudi Munshi and Uday Mazumdar, who taught her Gujarati folk music, ghazal and other genres that were not purely classical followed by Hindustani classical training under sarangi maestro Sultan Khan and later under Jaipur-Atrauli doyenne Kishori Amonkar. “Music at that time was also an escape for me because I was a bit dark and kids used to be mean. They would call me kaali bhains (black buffalo) So to escape, I would do chilla kaatna (a training ritual where the student is completely isolated and spends long hours practising for days at a stretch),” says Falu. 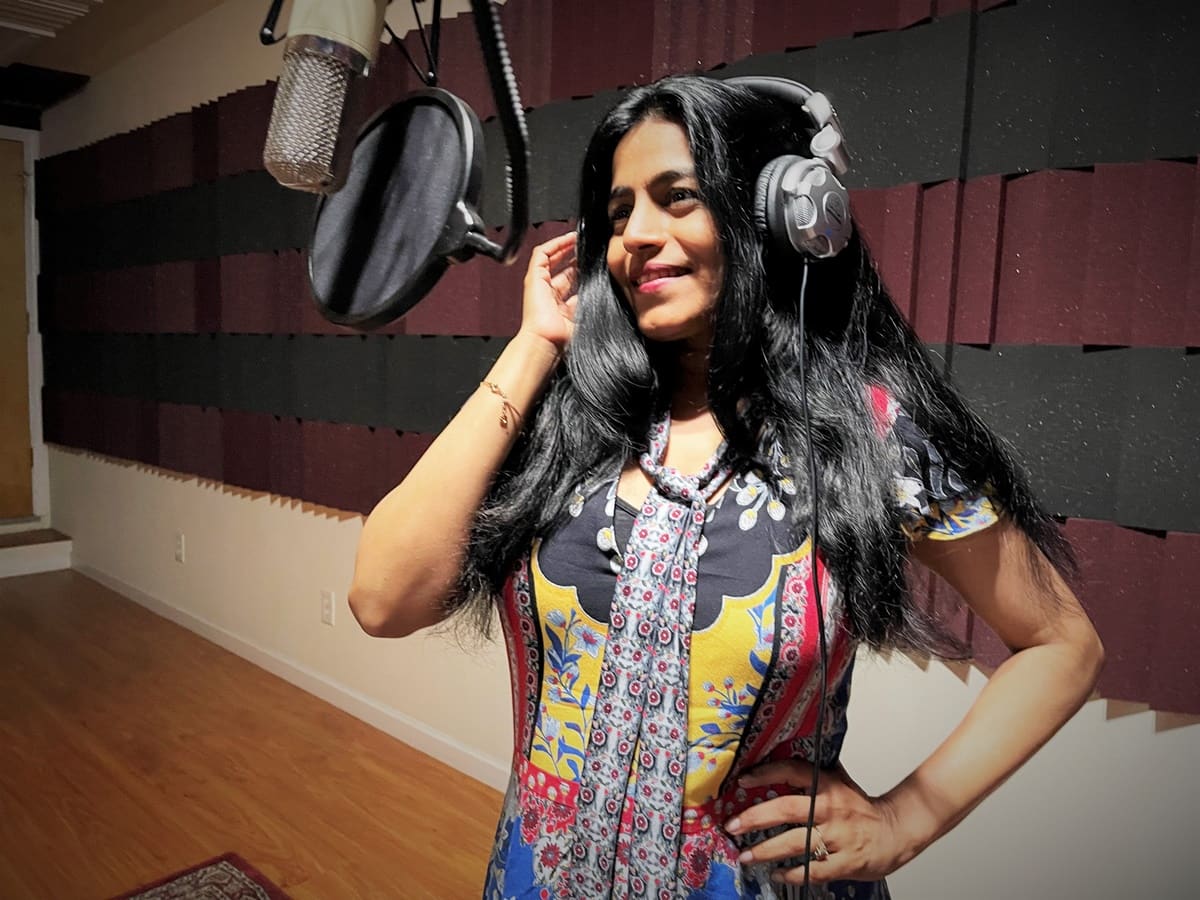 Growing up in Mumbai’s Juhu, Falu heard music since she was a young girl

Her training in classical music has allowed her to use a number of murkis and meends (glides) in the album. “What’s interesting is that my producers appreciated the nuances and variations that I brought from my classical background,” says Falu.

Falu moved to the US in 2000 after her marriage to Gaurav Shah of the band Karyshma. Once there she struggled like any other first-generation immigrant in a different cultural setting. In 2007, she debuted with Falu and followed it with Foras Road (2013), named after the red-light district in Mumbai. The album, comprising indie-Hindi tunes, was shortlisted for the Grammys but couldn’t make it to the main nominations. But Falu found some spotlight.

Over the last few years, she’s worked with a number of high-profile musicians such as American composer Philip Glass and AR Rahman. In legendary cellist Yo Yo Ma’s famed Silk Road Project, she was the sole classical voice.

She is also working on a solo career besides that of children’s albums. Is it hard to transit? “I don’t think about this. It just happens. All my gurus have always been super open-minded and have always wanted me to follow my heart and never restrict creativity. But they’d also ask me to be open to failure. The process of finding something new and curious is so fun. I am absolutely not afraid to take risks. I suck at jazz but I will still attempt it,” says Falu, who considers music as her healing mechanism. “When I am sick, I sing,” says Falu, whose upcoming projects include American Patchwork Quartet, where she collaborates with other musicians from New York and diverse cultures, to reinterpret American songs of the past. The group has received a grant of $40,000 from the New York State Department to create an album. They are scheduled to do four shows in Dubai in the coming months. In the other project, she pairs Indian folk music with EDM.