The other 60 art pieces that the hotel houses were painted, photographed, sculpted, or stitched by feminists of both genders. 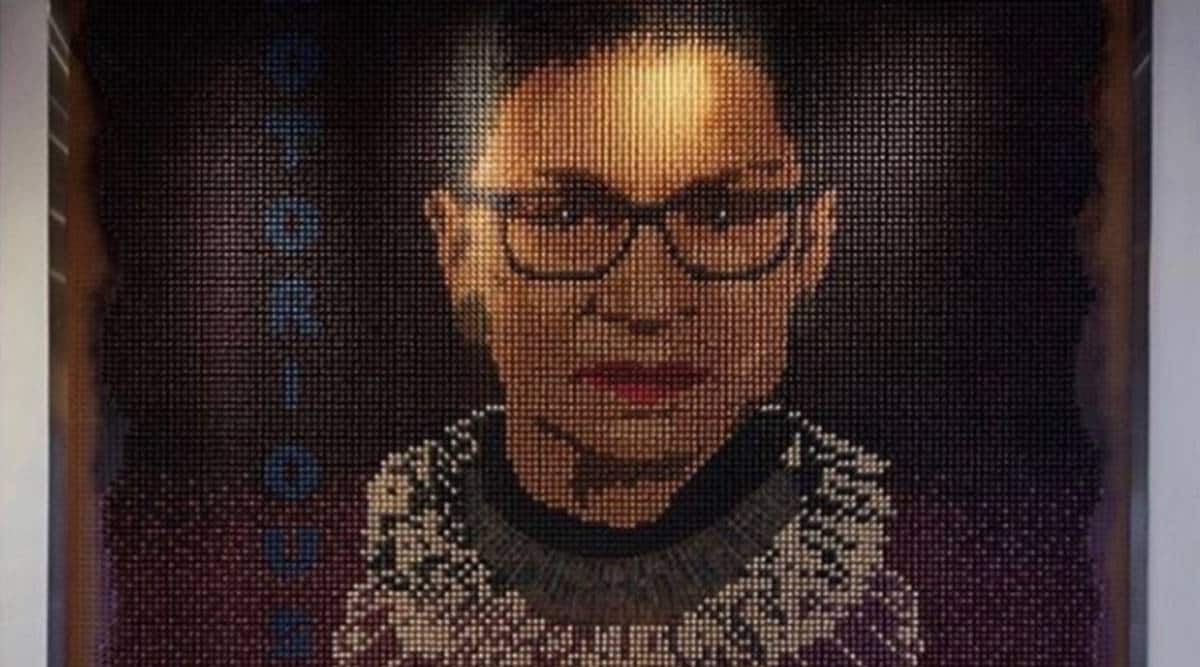 A hotel in Washington DC, US, has been revamped as a tribute to equal gender rights. On October 8, 2020, West Hollywood, California-based Viceroy Hotels & Resorts inaugurated Hotel Zena on Thomas Circle.

The property called itself “a groundbreaking hotel dedicated to female empowerment”, as quoted by dc.eater.com from a press release.

The hotel reportedly hired a women-owned design company and created opportunities to pay female artists for their work. Andrea Sheehan, the founder of Seattle- and London-based Dawson Design Associates (DDA), for instance, commissioned a massive pointillist portrait of late Supreme Court justice and feminist icon Ruth Bader Ginsburg. The portrait has been made out of 20,000 hand-painted tampons.

The Future is Now at the new @hotelzena. With over 60 works of original art created by artists globally, Hotel Zena Washington DC is part hotel and part art museum, dedicated to celebrating the accomplishments of women. From the vibrant bar and lounge @figleafdc, to the newly redesigned guest rooms, @hotelzena is an interactive venue where every detail was thoughtfully designed and curated to send a message of female empowerment.

The other 60 art pieces that the hotel houses were painted, photographed, sculpted, or stitched by “feminists of both genders around the globe fighting for human rights,” the release was further quoted. The is also a curving wall with 8,000 protest buttons representing feminist events.

An inside look at a unique piece, created by @dominique_fierro for Hotel Zena, curated by @jasonabowers. “Theodora” Empress Theodora (c. 500 – June 28, 548) was empress of the Byzantine Empire. She is considered to have been the most “most influential and powerful woman in the empire’s history.” She used her influence to promote the status of women, enhancing their divorce rights, outlawing enforced prostitution, and securing inheritance rights for women. The death penalty was introduced for rape. She also mitigated the persecution of non-Orthodox Christians within the empire. With her husband, she built the famous Hagia Sophia basilica and transformed Constantinople into one of the most elegant cities of the time. 📷: @dominique_fierro

The kitchen, however, is being headed by a male chef. Figleaf, the New American bar and restaurant that doubles as the gallery for all that empowering art, lists David Sears as executive chef.

“As [Hotel Zena] grows, the team will too with a new chef de cuisine, restaurant manager and more team members,” a representative was quoted as saying.